I got an e-copy of this book for being part of the Blog Tour this week.  So thanks to the author and also YA Reads Blog Tours.  I don't do a lot of blog tours, but have agreed to do a couple to help out this summer while I have some extra time.  I was definitely intrigued when I was approached about this one, because it is a future/dystopian type of story, and the idea behind it was so different.  Here is the book blurb:


Would it possible to live without gender?

Fifteen year old Jesse lives in a world where babies are born neither male nor female - Compulsory Gender Assignment is carried out at birth. Will the secret she closely guards be found out? Boyfriend Zeus, mother Ana's Natural Souls, and new friend Ork, leader of We Are One, pull Jesse in different directions, forcing her to make her own mind up about who she really is.


“A highly original and thought-provoking dystopian novel. I don’t think I’ve ever read anything like it!”

Doesn't that sound really interesting?  With some of the types of environmental issues causing animals to be born with these types of issues, as well as many of the gender issues more people seem to have these days, I just thought this could be a good story. 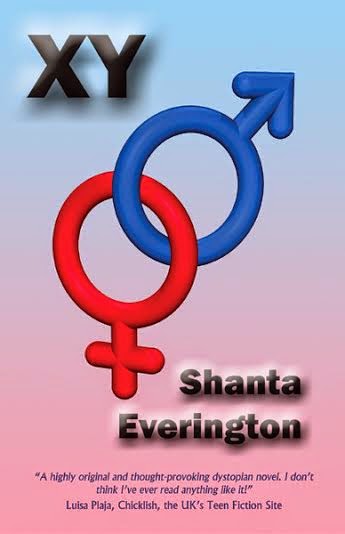 Okay, I definitely feel that this was a book that was very interesting.  I will admit that personally I was made either a bit uncomfortable, or maybe not happy completely about some of the decisions the characters made.  But I couldn't mark the review down on Goodreads at all, because I figure those issues had more to do with me as opposed to the book itself.

Jesse is the main character.  In this world where about 90% of all babies born don't have just one gender.  So at birth the government says their parents must choose the gender.  It is called Compulsory Gender Assignment.  I wasn't exactly clear on how that was decided though.  Is it the parents' choice?  Or did the government pick?  I may have missed that in the story, so it could have been there, but I don't know if it went into as much detail as I'd have liked.  Her mother Ana is part of an underground movement called Natural Souls.  She helps mothers to have their babies outside of the government's control, so that they can give their child the chance to grow up and choose which gender they want to be.  They still will choose at a certain time, they are just given time to discover it for themselves, instead of possibly having to live their whole lives as a sex they don't identify with.  Jesse's brother Randy, (notice both have very gender neutral names, something that works for this group in order to help them with deciding on their own) chose to become a boy several years before our story starts.  Jesse thinks she wants to be a girl, but hasn't chosen to have the operation yet.  It technically is illegal to not be one gender, so she must be careful and not let the wrong people know.  She becomes friends with her brother's girlfriend, Artemis.  Artemis knows Jesse's secret, and also knows that Jesse is feeling uncertain about making her choice.  So she introduces Jesse to people who are not going to change.  They are part of a group called We are One.  This group wants to have the government recognize a third sex.  Ork is one of the leaders.  And Jesse feels an attraction to Ork.  Ork tries to convince Jesse to not have the change, to be happy the way things are.  But Jesse is kind of attracted to her brother's best friend, Zeus.  Zeus is one of the 9% who were born as only one sex.  Jesse decides she wants to go through with her surgery.  But now she doesn't know how her life will change.  Will Ork still like her?  Will Zeus really believe she's always been a girl?  And will she finally be doing what her mom seems to need to be proud of her?  All along the way there are flashbacks to her mom Ana's past, and the loss of her brother.  There is the danger of the government finding out about either of the groups, Natural Souls or We Are One.  In fact, We Are One wants to take on the government, protesting, and helping to get their message out, and to help others who are like them.

It was a very good story.  I feel some parts could have been fleshed out a bit more.  But I feel like this was a very honest look at this type of a situation, and that it might be an interesting read for those out there who may have feelings of being trapped in the wrong sex, or those who may have been born with both sex organs, because there are those like that.  Obviously in no way as many as this book has, but still.  The only other problem I had is one that is again, just a difficulty for me.  The group, We Are One, has come up with their own pronouns for people who are both sexes.  The used phe and phers as two of them.  Let's just say, it was kind of hard for me to read when it should have been, he or she, or his or hers, or him or her.  I think the idea of these new pronouns is really creative and great.  It just made it hard for me to read.  So that is really my only complaint, and as I said, I think it was just me.

If you are ready for a new, very original, but could be very controversial topic for a story, then definitely you should give this a try.