While this isn't my normal type of book, and I haven't actually read it yet, I am helping out the YA Reads Blog Tours by posting an interview with the author, R. Barri Flowers.  The giveaway is at the end of this post, right before the excerpt of the first two chapters in the book. 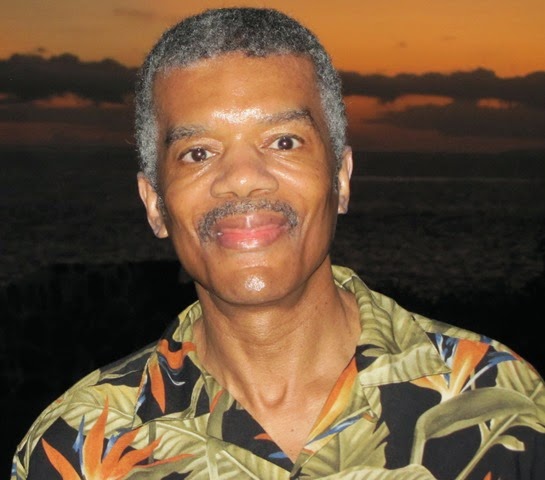 I typically type a brief outline of the plot and short character sketches, then plow through the novel from start to finish--essentially letting the story tell itself once I get going. As a prolific author, it typically takes more around three months to complete a novel, including editing.
2.  How do you come up with your story ideas?

I tend to have an overactive imagination, so I am always coming up with ideas in everyday life, through dreams, real life events, even from conversations with my wife. I write down many of the best ideas for stories, so as not to forget; while keeping others in my head for future use.

For the better part of three decades now. Very long time and yet, in many respects, I feel as if I am starting fresh with each new book I write.
4.  What do you do if you get stuck in a story?  Do you start at a new scene, or do you have writer's block tips?

Fortunately, I never get stuck in a story. Once I have the premise in my mind, I essentially let the story tell itself and I just keep typing until it is finished.
As for tips for writer’s block, my advice would be to step away when that happens, taking your mind in a different direction and then come back to your book more refreshed and open to new thoughts on plot and characters. Another tip is to go back through previously written material in book, allowing you to touch base with the direction you’re heading in, helping to push through the writer’s block.

R. Barri Flowers is the bestselling author of young adult novels, including OUT FOR BLOOD, COUNT DRACULA’S TEENAGE DAUGHTER, TEEN GHOST AT DEAD LAKE, GHOST GIRL IN SHADOW BAY, DANGER IN TIME, andCHRISTMAS WISHES: Laura’s Story. His novels can be found in print, eBook, and audio. In addition to bookstores, many of the titles can be found at public libraries across the country.
The author has also written a number of bestselling teen and young adult related nonfiction books as well, including RUNAWAY KIDS AND TEENAGE PROSTITUTION, KIDS WHO COMMIT ADULT CRIMES, and CHILDREN AND CRIMINALITY.
Follow R. Barri Flowers on Twitter, Facebook, Pinterest Goodreads, Google+, LinkedIn, YouTube, LibraryThing,Flickr,and www.rbarriflowers.net. And learn more about the author in Wikipedia. 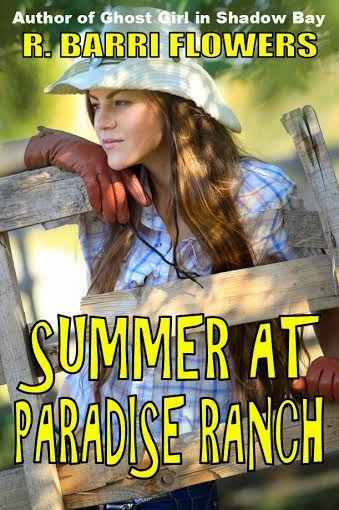 From R. Barri Flowers, author of the bestselling teen novels, COUNT DRACULA’S TEENAGE DAUGHTER, TEEN GHOST AT DEAD LAKE, and OUT FOR BLOOD, come the start of an exciting new young adult adventure series, SUMMER AT PARADISE RANCH.
Four months shy of turning sixteen, Lexi Montoya was still trying to come to terms with her parents’ divorce and her mom’s remarriage to a man she met online, relocating to Maui, Hawaii.
Choosing to remain with her dad in Seattle, Lexi had planned to spend her first summer since the divorce hanging out with her boyfriend, Matt, and best friend, Robin. But her dad had other plans, insisting she spend the summer visiting her mom and stepdad at his ranch called Paradise Ranch in Wailuku, in west Maui.
Lexi went there with an attitude. Then she meets a cute Hawaiian guy named Mitsuo, is thrown into a love triangle, become friends with a teen girl living on a ranch next door, April; rides her first horse– an Arabian mare named Poppy– learns to hula dance and surf, and finds herself embroiled in a dangerous rescue mission when Poppy and another horse named Casper go missing from her stepfather’s ranch.
By the time her tropical summer adventure comes to an end, Lexi hates to leave Maui and say goodbye to Mitsuo. But can she stay when Matt is waiting for her back at home to pick up where they left off? Or will he lose her to a summer romance?
SUMMER AT PARADISE RANCH is a great coming of age adventure with young romance and mystery in paradise. Now in eBook, print, and audio.
Book Trailer: