Top Ten Tuesday: 10 Places That Books Have Made Me Want To Visit 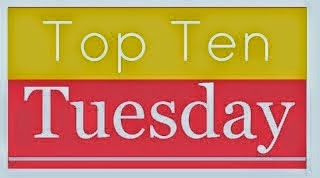 Top Ten Tuesday is sponsored by The Broke and The Bookish.  This was such a fun sounding idea when I saw it on the 7th, I started planning ahead!  And honestly, when I name the places, I will have to name several books.  So, I've decided instead of putting pictures of the books, I'll put a picture of the place (if I can find one), and then just list the books below it.  So here we go.