Promo Post: Witches of the Deep South by Anthony Ramirez 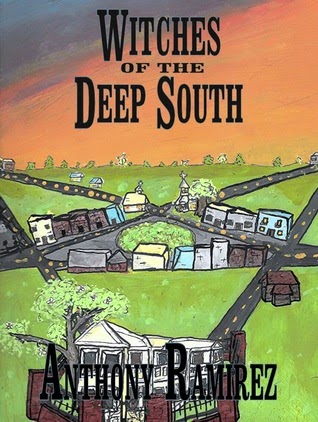 There has always been magic in Ableton. Or at least, so the story goes.
Austin Hollingsworth is an atheist by all accounts. However, when Emma Barnett moves to town, he begins to notice things changing in town. People are dying, the weather becomes peculiar, but more than anything else, the people have become hysterical. Soon, a witch-hunt ensues just as Austin's cousin Melody moves back to Ableton and he is reunited through tragic circumstance with his ex-best friend, Dustin Bennett, and an old schoolmate, Angela de Luca. Soon Austin, Melody, Dustin, and Angela find themselves confronted by an undeniable truth:
They are witches, and there is something evil in Ableton that wants them dead.
With the help of an elder generation of witches, Austin and his friends must discover what is sending Ableton into a Salem-style witch-hunt, why they are being framed for murders that have not committed, and how Emma Barnett and a collection of some of Ableton's finest fit into the equation.
Through a rich mixture of American history, mythology, and magic, the witches of Ableton must confront the history of their town and discover just how it and its people came to be.

1.  Where do you get  your ideas for your stories?

That's a hard question. It really depends. I wrote a short-lived web show for a while and the idea for that really just came to me from my life experience. I'd say in part I get a lot of ideas just from the funny (or not so funny) things that happen to me on a day-to-day basis. But when it comes to this genre of writing (fantasy, magic), I'd say it comes more from reading. I read an article about a year ago about a lake that can calcify living things inside of it, basically turning them to stone. Stuff like that I like to incorporate into my stories and give a magical explanation to.

2.  What is your method of writing?  Do you know the whole story when you start?  Do you plan it all out before writing?  Or do you just start writing and go with it?

I try to be as methodical about it as possible, ha ha. But often when you're struck by inspiration you have to just write it out at that moment. Usually I know where the story starts and ends. That can change, of course. A lot of times the in between really varies on what I think would give the story more flavor, so to speak. At the heart of it all, I have a very rough idea of everything that might happen, though.

3.  Do you have a favorite author or genre of books?

I love Salinger and the Catcher in the Rye. That's my favorite book. I love The Perks of Being a Wallflower by Stephen Chobosky, The Witches of Eastwick by John Updike, anything by Fitzgerald, Practical Magic by Alice Hoffman, and anything JK Rowling writes. Sarah Mlynowski, of course. Just everything she's written. Her YA is so much fun to read, and reading some of her earlier grown up books keeps me laughing.

4.  How long have you been writing?

Gosh since I could pick up a pen. I remember being very, very young and not completely knowing how to form words in writing. But I would still take a pen and scribble something out as if it were a story and draw a picture to go with it. I suck at art, but that's kind of how I started storytelling, in a way.

I love the Harry Potter films and anything to do with magic. As far as TV goes, I like Bones, Witches of East End, Grey's Anatomy, Hot in Cleveland, Roseanne, The Mindy Project, Cristela, How to Get Away with Murder (a recent addiction) and American Horror Story. I'm a big TV buff.

Music
I am probably Adele's biggest fan in the entire world. I love her music so much and it's so inspiring to listen to while I write. Christina Perri is also great, as is Sam Smith. I also have to admit I'm really into showtunes. Wicked, If/Then, Next to Normal, Rent, Cabaret, Chicago, Legally Blonde, the works. Ha, ha.

Food
I'm a really picky eater, yet I consider myself a foodie at the same time (though I know I'm not). Pasta. Any kind of pasta. And bread. I love bread. I'm a carboholic.

I have a new website www.anthonywritestoo.com where I promise I will begin blogging eventually and where you can preorder the new book!

Thanks! This was so much fun! 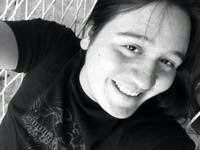 ANTHONY RAMIREZ was born and rasied in Houston, Texas. Anthony graduated from Quest Early College High School in 2012 and is now a student at Full Sail University working on his Bachelor of the Fine Arts Degree in Creative Writing for Entertainment. Anthony wrote, produced, and starred in a short-lived online sitcom entitled "Anthony." Shortly after, his first novel, "The Write Thing," was published and is now available wherever books are sold. "Witches of the Deep South" is Anthony's second novel. In addition to his writing and acting, Anthony is also composing a new stage musical entitled "Accidentally Alive" with his friend Sara Snyder, lead singer of the band STEREOSPREAD. Anthony lives and writes from his home in Texas.