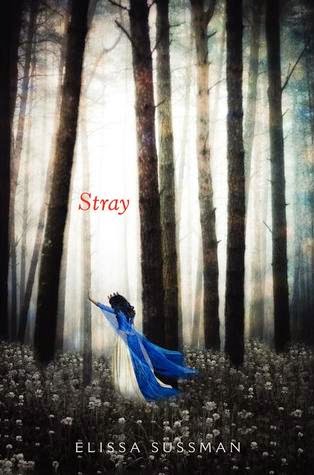 First, thanks to Greenwillow Books/HarperCollins and Edelweiss for allowing me to read an e-galley of this title.  I have really been into fairy tale re-tellings, as well as just reimaginings or stories with the characters from those fairy tales.  And this story ended up not disappointing.

The main character is Princess Aislynn.  In the world she lives in women have magic, but are not supposed to use it.  They are supposed to follow the "Path"  and prepare themselves for a life with their future husband and without magic.  Girls who fail at holding their magic in will get redirected to be fairy godmothers.  The fairy godmothers are allowed to use magic.  And every princess, or girl on her path to her future life with her husband, has their own fairy godmother.  Aislynn has always had a little trouble holding her magic in.  She has learned when it is seeming to bubble up that she can stop it by causing herself some kind of bodily harm.  And so she has cuts and scars all over her legs.  A place that is hidden with her tights and long dresses.  But right when it is time for her big Introduction Ball, one of the other girls there, a very hateful girl, upsets her so much that she can't control the magic.  And from that she is redirected to become a fairy godmother.  She now will lose her loving heart, and become the help for another princess.  This time it is a well-known princess, Linnea, and she is at a new school, far away from her family.  At this new school she makes new friends.  A maid named Brigid, a gardener named Thackery, as well as the carriage driver named Ford.  And she learns that maybe not all she was taught as a princess is true.  Maybe those that she was always taught were evil aren't necessarily the ones causing the problems.  And maybe those they've always thought they needed to follow their directions and rules are the ones that should be feared.

A great idea of who fairy godmothers are or might have been before they became as we know them.  Now, there doesn't list a sequel on Goodreads, but it does say this is the first in a collection of intertwined stories, and I don't know how long I can wait to read the next one!  Especially since this had a bit of a cliffhanger ending.  This one did start off a bit slow for me, but soon it picked up and I could barely put it down to work, to sleep, to do anything else.  There are still many questions I have about this world, and so as I said, I'm very eager for the next story to come out.  A definite recommendation for anyone who enjoys fairy tales reimagined.
Posted by Lisa Mandina at 8:00 AM