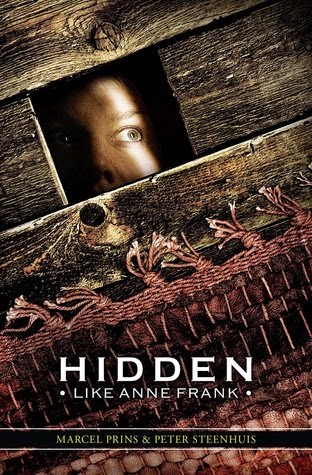 First, thanks to Scholastic and Netgalley for allowing me to read an e-galley of this title.  Holocaust stories fascinate me.  To hear what the Jewish people, as well as others who were persecuted by Hitler, went through makes me feel better about how lucky I am in my life.  It also just amazes me that so many people let such horrible things go by.  Books like this though, also remind me of all the people out there who did things to help, even though it put their own lives in extreme danger.

Not a lot to say really, it was 14 different stories of children who went into hiding at some point in their life during World War II, and they were told by the actual person.  Different ages made for different experiences.  The younger ones often had trouble recognizing and and going back to their real families at the end.  Older children may have had it hard knowing exactly what was happening to the rest of their family while they were in hiding.  I believe most of the stories took place in the Netherlands it seems.  Some of the stories even included same towns, buildings, and even work camps.

I must say that it was hard to read about how some of these "heroes" that took in the children only did it for the money.  I guess that shouldn't be surprising, I believe the same thing happens even today with foster children.  And even some of the children remember being treated horribly, even beaten.  While in the end, they probably can overlook that, knowing that if they hadn't hidden, they might not even be alive today.  But it still broke my heart to read about those situations.

One thing I was not a fan of in the book was the way they defined certain things.  I'll have to look at a finished copy of course to see how it actually turns out, but it wasn't done in a really great way for me.  First, some words were explained in footnotes, while others would be explained right within the writing.  I guess that probably had to do with how each person wrote their account.  And then sometimes there were words that I think should have been explained, and yet were not, but that didn't happen very often.

Still, it was another moving account of those who suffered and made it through the Holocaust, and it is one I would consider purchasing for the library where I work.
Posted by Lisa Mandina at 9:00 AM