Again, repeat, I'm behind on reviews.  The three I'm going to share with you today are ones that I either bought the books because I was going to meet the author at a convention, or one of them is because it was a cheap bargain book at the bookstore where I work.  As usual, I'll give a brief review, followed by the blurb from Goodreads.  And since they are all authors I did get to meet at conventions this past year, I will share a picture of me with that author as well! 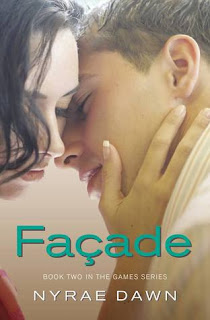 This is the 2nd book in a series, and while you don't have to read the first book in order to understand it, you meet the characters from the first book as the friends of the main characters in this book, and you want to go back and read their story.  The two in this book were interesting, I don't know if I liked the way they did everything that they did, but in the end it was a book that I had trouble putting down, a very quick read.

Here is the blurb from Goodreads:
Can love save them?After her father commits a crime that shatters her family, eighteen-year-old Delaney Cross is tired of pretending everything is all right. Packing up her car, she sets out to find the people her father hurt. Her search leads her to places she’s never been—and into the arms of Adrian Westfall.To the outside world, Adrian is a sexy, charming ladies’ man. But his playboy persona is just an act. Secretly his soul is tortured by a memory too painful to share. Only Delaney seems to see through his façade to the real man underneath. And for the first time in his life, Adrian feels he can begin to open up about his past.Together, Adrian and Delaney share a passionate love they never expected to find. Yet both still harbor their own secrets. When the dark truth is finally revealed, will it bring them closer together—or tear them apart forever?

Me with Nyrae Dawn at ApollyCon 2017: 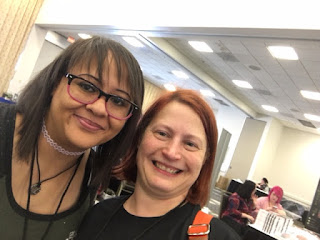 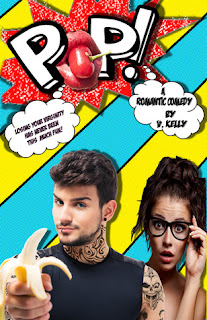 This is a book that I'd seen around on Amazon, and then when I found out the author was going to be at the Kinky in Kansas City Convention at the beginning of March, I was excited to meet her.  I bought the book from her, and then when I got around to reading it, I adored it!  The book was so funny!  There were references to The Big Bang Theory, my favorite tv show.  As I read, it was so hard to put down, I stayed up until midnight on a week night because I couldn't put it down.  My only issue was one that you've heard me mention many times with self-published books, the editing/typos or other grammar issues.  Although, if the author wants me to, I'd totally proofread for her, as I seriously LOVED this book and can't wait to get ahold of the next one in the series, as well as her other books soon.

Here is the blurb from Goodreads:
A sex contract seemed like a good idea, until she fell in love. When Symone Esquire fails to woo her best friend into taking her virginity, his rejection is the catalyst that inspires her to create a sex contract with a local legend, a man nicknamed “The Cherry Popper”, to take her virginity instead. Sid Cooperton is used to being solicited for sex, being the lead singer of a local rock band does have its perks . . . but when the nerdy, yet intriguing, Symone approaches him with a proposition to take her virginity in exchange for his college tutoring. It’s simply an offer he can’t refuse—even if his reputation for being a virginity exterminator is grossly exaggerated. Symone wasn’t expecting anything more than a business relationship with Sid, but she soon realizes there’s so much more to her sex tutor than just sex. Matters become even more complicated when her once uninterested best friend, suddenly wants to take their relationship to the next level like she always wanted. With the relationship she’s always dreamed of within her reach, Symone must make a decision: choose her best friend, the man she’s been in love with her whole life, or choose Sid, the man who has suddenly become the subject of all her fantasies. The contract has been signed: Symone’s virginity for Sid’s B average.It was supposed to be simple, until she broke his only rule. 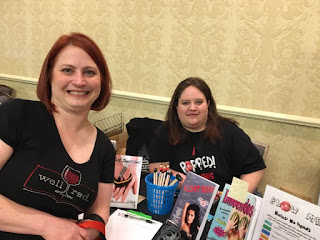 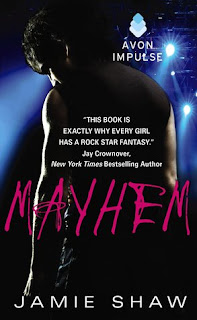 I'd followed the author, Jamie Shaw, on Facebook for quite a while.  When I found out she was going to be at ApollyCon, I knew I had to buy one of her books to get signed.  Even though I hadn't actually read it, I felt like I kind of knew her from being a Facebook friend.  So I was very excited to meet her. And then, once I picked up her book to read, I was hooked!  You have probably noticed a lot of rockstar romances on my blog lately, and her story hasn't disappointed.  It really has just hooked me even more.    This was yet another book that I really needed it to be summer so that I could have stayed up reading all night.  I read over 100 pages one night before bed.  Couldn't put it down, but finally made myself so that I'd be able to get up for school the next morning.  I love Adam.  I hope I will fall in love with all the rest of the guys too!

Here is the blurb from Goodreads:
When college freshman Rowan Michaels meets gorgeous, up-and-coming rock star Adam Everest, she knows a player like him is the last thing she needs after her ex-boyfriend shattered her heart. But she can't stop thinking about the kiss they shared on his tour bus.On the first day of school, Rowan is stunned when Adam saunters into her French class. He's soon failing miserably, and, on a whim, she offers to tutor him. But Adam doesn't recognize her as a makeup-free, glasses-clad college student—a far cry from the beautiful, mysterious "Peach" he met at his concert.During a wild weekend on tour with the band, Rowan can't help falling for the sweet guy buried beneath Adam's rocker persona. Yet she knows she could never compete with the girls constantly throwing themselves at his feet. She'd just end up hurt … again.Peach is all Adam thinks about, though, and when Rowan realizes this, she has a decision to make: stay just friends to protect her fragile heart … or reveal the truth about the night they met and admit she's fallen completely, hopelessly in love with him.

Here is a picture of me with the author at ApollyCon 2017: 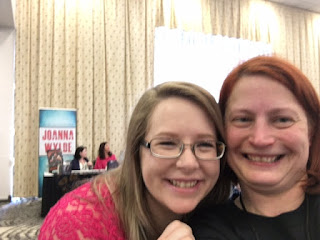