Book Blitz with Giveaway: The Lucky One (Carolina Connections #3) by Sylvie Stewart 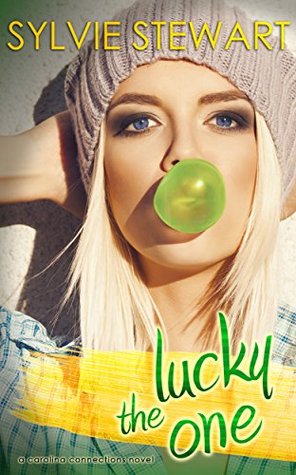 
When your luck runs out, do you run away—or do you stay and fight?

Let’s get one thing straight. I am not your typical girl. Sure I’ve got all the parts, but I’ve been a stubborn, irreverent tomboy since the womb, as my Irish father would proudly attest. Despite my Irish blood, I’ve had a bit of bad luck here and there—I recently trusted the wrong guy and got derailed in my professional pursuits. But I’ve bounced back. With my shields firmly in place, I thought nothing, or no one, could touch me again. Until he did. And he just might make this tomboy do the girliest thing in the world—fall head over heels in love. Of all the damn luck…

I’m a pretty lucky guy. I have a phenomenal family, a career I love, and I’m building a brand-new life back in my hometown. And, not to be a jerk about it, but I do more than all right with the ladies. Everything’s been going according to plan—like I said, I’m a lucky guy.
That was, until my luck ran out.
Until I met the girl I call “Irish.”
Irony can go kiss my a$$.

I was struck again by the thought that everyone in the world seemed to be good with kids but me. And how unfair was it that Jake Beckett was not only hot as sin and a wizard in the sack, but he was also nice to small people and fainting women?
What was I supposed to do with that?
We finally pulled into the driveway and I hopped out quickly to avoid any awkward assistance that might be offered. Seeming to need no invitation, Jake followed us inside and closed the door behind him.
I took a deep breath and firmed my back as well as my resolve.
“As you can see, we’re all fine. I appreciate your concern—and the burritos—but everything is under control. We’ll go ahead and get on with our day and you can get on with yours.” I held my hand out toward the door like some damn restaurant hostess.
“Uh-huh,” he replied and had the nerve to lean against the entryway wall and put his hands in his pockets.
What was this? Was he posing for a bachelor-of-the-month calendar?
Gah!
I performed the hostess gesture yet again.
This time it received a grin.
“What?!” I demanded.
He looked me up and down. “Uh-huh.”
I became acutely aware of my attire and general appearance in that moment. I could feel the heat rising to my cheeks.
My hair was in a messy ponytail and I was dressed in athletic shorts and a men’s t-shirt. I didn’t need to look down to know there was a ketchup stain on the hem and a dinosaur riding a bicycle on the front. I have no explanation.
I urged myself to ignore Jake’s look and not even attempt to interpret it.
This moment perfectly captured the reason all Jake’s texts and calls had gone unanswered over the past three weeks.
He wasn’t texting me.
He was texting the girl from the wedding.
The girl I’d pretended to be for one night.
The girl I would never be.
The one I couldn’t afford to be. 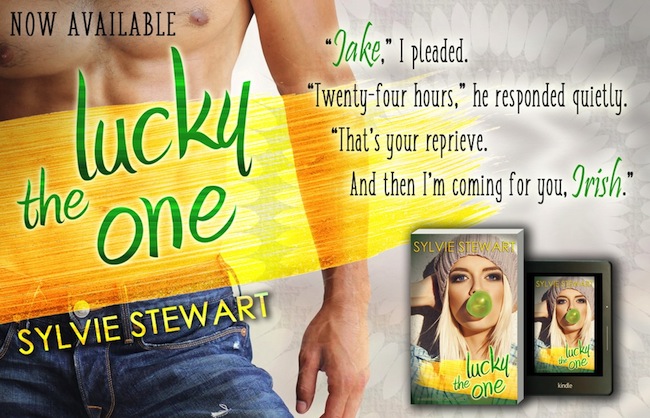 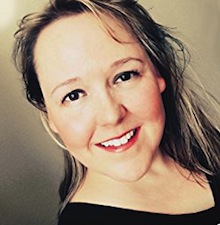 Sylvie Stewart’s addiction to books has been a lifelong problem. It was the cause of many scoldings when her mother discovered Sylvie army-crawling to the bookshelf after lights out. And it is the reason her husband would have a fairly solid case if he claimed “alienation of affection” and pointed a finger at her e-reader (a.k.a “The Precious”). Never-the-less, books are in Sylvie’s heart to stay, and she has transformed her love of books into a career as an author.
A recent move to North Carolina inspired Sylvie’s debut Romantic Comedy series. Carolina Connections is a collection of standalone novels based in her new hometown, and it combines her love of romance, humor, and sexy times. There is also some wine drinking incorporated in there, as this is another of Sylvie’s passions. Perhaps a future story will also involve kayaking, a new interest in Sylvie’s life. Experience has taught her that you can’t kayak and drink wine simultaneously, though, so don’t try this at home!
The Fix, The Spark, and The Lucky One are now available. The fourth book in the Carolina Connections series will release in Fall 2017.. That is, if Sylvie’s eight-year-old twins will stop trying to peek at her laptop while she’s writing. That might lead to some awkward parent-teacher conferences. 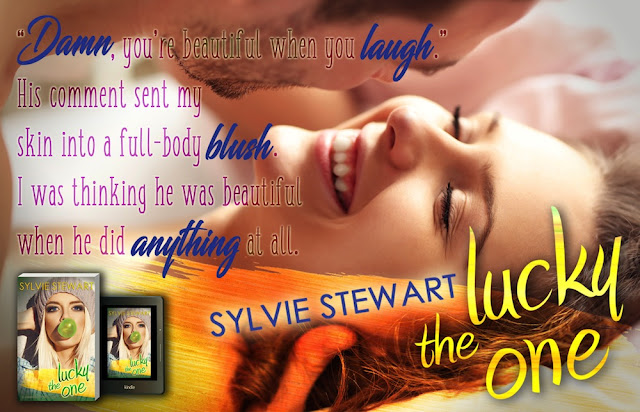