Misfit. Outcast. September Evans was used to being an outsider after being bounced around foster homes. No one seemed to resent her more than her new foster brother, Keaton Grayson. He hated the new girl intruding on his life.
Until he didn't. Fights became foreplay and anger became lust. The line between their love/hate relationship started to blur until it disappeared completely and ended in heartbreak.
Getting close to Keaton was September's biggest mistake. One that comes back to haunt her four years later, when the stakes are higher than ever. The two are going to have to work together on something dangerous and wrong but done for the right reasons. The chemistry and attraction are still there, buried under resentment and blame.
Keaton still wants September gone, or maybe he just wants her. September can't forget her past with Keaton, but she can't let him ruin her future either.
Erasing that line between love and hate again could destroy them both. 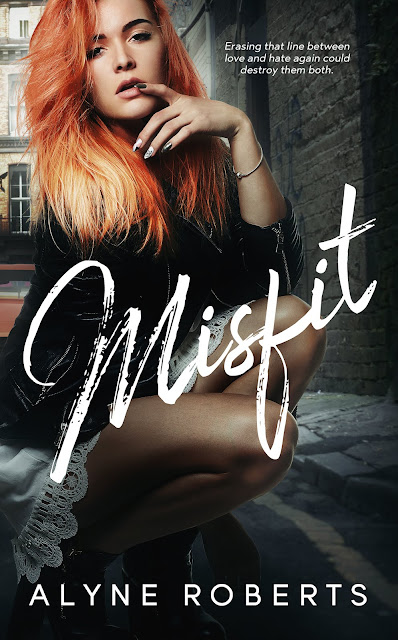 “This book! Is Alyne's best book hands down!”

This was a pretty good book.  It was intense at times, but in a good way, a way that kept the story interesting, and kept me reading.  I liked the characters, they both had pretty good reasons for why they did what they did, and why they treated each other the way they did.  The attraction between September and Keaton is definitely there, and it is definitely hot.  But there was a little bit to their relationship that was a bit more than I tend to enjoy in the stories.  I also wasn't a fan of smoking, but that's a personal issue, most people don't mind reading about that.  All in all, it was a very good read, kept me going and it was hard to put down.  Definitely a new author for me to look for books from in the future.  You should check this one out for sure! 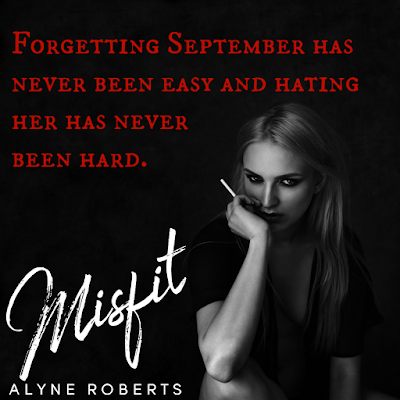 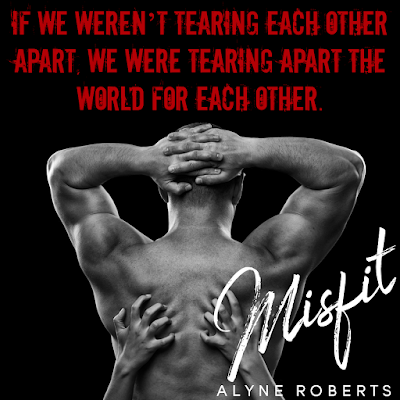 ÓAlyne Roberts
When September quietly slips away and up the stairs, I follow. Alexandra is setting the table while my mom finishes up dinner, so no one notices when we both disappear. I find her in her old bedroom. It looks the same as the day she left. My family never fostered another after her.
“Never took you as the sentimental type.” She tenses at my voice.
“Never took you for the bitter type.”
“You think I’m bitter?” I laugh. “No. I would have to care to be bitter.”
September turns to face me, her hands balled into fists. A smirk spreads on my face as she stomps toward me, fire in her eyes.
“You don’t care?” she hisses. “You hold an awful lot of resentment for someone that never cared.”
Snap. My control breaks. My hands grip her waist as I push her back against her old closet door. Her body makes a soft thud as she hits.
“You wanna know what I cared about? I cared about getting into your pants. All I cared about was fucking you before you finally left. You think you broke my heart?”
She doesn’t answer but her face grows a deeper shade of red. Anger or embarrassment, I’m not sure.
“No. I don’t hate you because you left and broke my heart. I got what I wanted from you.” My eyes make a slow trail down her body. “I hate you because you came back.”
Her body trembles against mine as we stare each other down. Each one of us hard and furious. Heat curls around us.
“Get off me, Keaton.”
I press harder against her. She’s pinned against the wall, and I can feel her heartbeat on my chest where we touch.
“Why? Bring back memories?” I hiss. “Isn’t this where you begged me to touch you? I think it was just like this, with my hands down your pants, when you begged me not to stop until you came all over my fingers.”
Unlike that night four years ago, September is angry and has learned how to punch since then. Her fist collides with my jaw, and I stumble back. Before I can reach up to rub my sore face, she pushes me again until I hit the opposite wall.
“Touch me again and you’ll wish you never met me,” she growls at me.
“I already wish that.”
She’s seething. Furious and beautiful with her rage.
“Don’t worry. I’m doing this job and disappearing. You won’t see me ever again after we finish this.”
I don’t blame her when she walks away and ignores me for the rest of the night. If anyone notices the bruise on my face, they don’t comment. I deserved her fist and probably more. I was a dick to her, like I usually was. This time I said things I didn’t mean just to hurt her. I’m not sure if I can take them back. I’m not even sure I should. 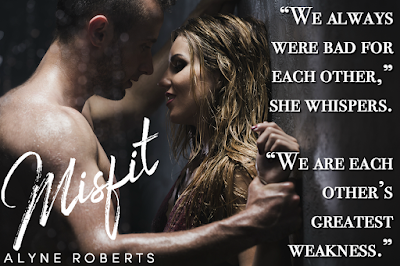 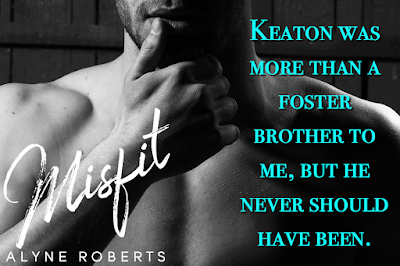 Alyne lives in Ohio with her husband, two dogs and cat. Working full time in an office all day, she spends her nights reading, writing or watching an entire TV series in a night. She refuses to grow up and loves Disney movies and anything with owls. She couldn't live without her coffee or her furry "children". Alyne wrote her first novel titled "Light to the Darkness" in 2014. To stay up to date on what Alyne is working on, teasers and more: Sign up for the newsletter. http://eepurl.com/YNdxj She loves to connect with readers so feel free to stalk her! 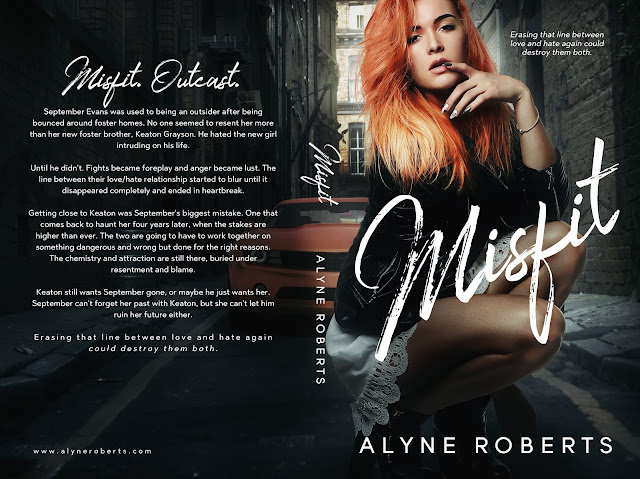