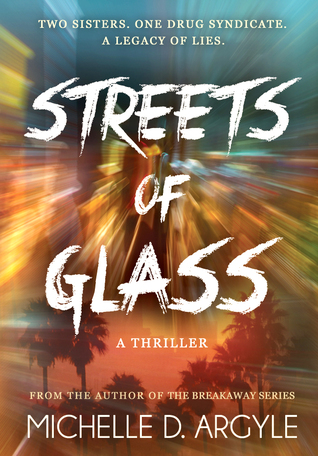 
Eighteen year-old Starry is destined to take over her father’s powerful drug syndicate. But when she finds out he has kept her only sister a secret from her, she can’t trust him anymore. Furious, Starry vows to find Emma, even though she knows her defiance could lead to losing the position she’s worked so hard to inherit.But Emma isn’t quite the sister Starry hoped for. She’s a straight-laced good girl who wants nothing more than to take down the syndicate that destroyed her family. Starry, willing to do anything to secure her place in the syndicate, accepts her father’s ultimatum to kill Emma and everyone helping her. But the more Starry gets to know Emma, and the more secrets she uncovers, the more she questions whether the price of saving the syndicate is too high—even for someone as cold-blooded and vicious as Starry.
*Streets of Glass is considered clean New Adult/Upper YA fiction**

“There’s something I have to tell you,” Jack said as they moved forward in the line.
Emma rocked on her feet as she shivered. It was colder out here than she’d thought it would be. “Okay.”
Jack stared at the ground. “Haven’t you wondered what I was really doing in the laundromat yesterday?”
“I guess I haven’t thought much about it since then. We had a whole conversation about it. You said—”
“I lied,” Jack interrupted, his eyes intense as he searched Emma’s face. “I don’t have a job at the drugstore. I needed to clean up, but I could have done that anywhere. I chose the laundromat restroom because you were there. I’m sorry I lied to you.” He looked down at the ground, guilt spreading across his face. “I was tailing you.”
Emma took a step backward, nearly bumping into the person behind her. “T–tailing me?” she whispered, hardly able to get the words out. “Why?”
There was nobody she could trust. Not one person. Maybe the police, but right here, right now, she was not safe.
Jack shoved his hands into his pockets. “My dad asked me to watch you and make sure you were okay. I was supposed to tell him if anything seemed wrong. He wouldn’t tell me why.”
Emma took another step back. The person behind her backed up too and gave her a dirty look. She looked over her shoulder, searching once again for Jack’s mysterious father. She didn’t want to meet him now. She needed to get home. Fast.
“I gotta go,” she mumbled, and turned to leave the line.
Jack grabbed her arm and let her go a second later. She wanted to run, but stopped herself when she caught the desperate pleading in Jack’s eyes. “Hear me out,” he said softly. “Please, just give me a few minutes to explain.”
Emma inched away from him. “You lied to me. After everything I’ve been through. You lied. How long have you been tailing me? What have you seen?” Her mind raced through all the scenarios of someone watching her. Had he been looking into her apartment windows from a telescope across the street? Why would his dad ask him to do something so creepy?
The more questions she came up with, the more hysterical she felt, until she finally realized she was all the way out of the ordering line and people were looking at her like she was nuts.
Jack left the line and walked calmly to her. “Dad asked me on Friday. I’ve only tailed you to the laundromat and kept an eye on your building’s front doors to see when you came and went. That’s it. All my dad said was to make sure you were safe.”
She shook her head. “It still doesn’t make sense,” she said loud and shrill enough to get more weird looks from most everybody in the line. “Why would your dad care about my safety? Did my dad ask him to do this?”
Jack locked eyes with her. “I honestly don’t know. It’s not the first time my dad’s asked me to tail someone for him. Usually it’s just to find out if some guy he’s working with is where he’s supposed to be. I know it sounds crazy I’d do things like that for him, but he’s my dad, and none of it’s been dangerous so far.” He looked down at his feet. “You’re the first girl he’s ever asked me to tail. He seems genuinely concerned for you.”
Emma folded her arms, hysteria giving way to anger. She could run away and tell the cops Jack and his father were drug-dealing stalkers, or she could stay and maybe get some answers about who her father really was and why he’d been living a lie for who knew how long. She looked around the brightly-lit sidewalk full of restaurant patrons and decided to stay. 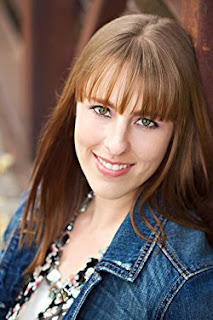 Michelle lives and writes in Utah, surrounded by the Rocky Mountains. She's a foodie and also adores anything Star Wars related. She loves to read and write books in the time she grabs between her sword-wielding husband and energetic daughter. She believes a simple life is the best life. Michelle mainly writes contemporary upper YA fiction, but occasionally branches into other genres.