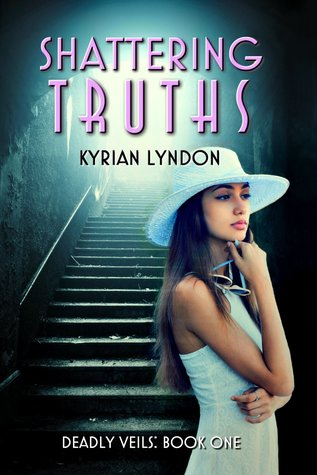 
She was left fighting her demons alone . . .
For sixteen-year-old Danielle DeCorso, the old house in Glastonbury was an eerie place to grow up. Coping with mental health challenges exacerbated by a traumatic family dynamic, Danielle watches from the window for two men in a dusty black sedan who keep circling the house and harassing her with phone calls. The two predators drugged her and her cousin, Angie, and then lured them from Pleasure Beach in Bridgeport to a secluded cottage on Long Beach West. She remembers feeling dizzy, the room spinning. She recalls screaming, crying, fighting, and then slipping in and out of consciousness. Angie, however, has no recollection of the incident.
When Danielle attempts to jog Angie’s memory and convince their best friend, Farran, that the two strangers had victimized them, no one seems to believe her. Alone in her pain, Danielle remains guarded, obsessed, and withdrawn. Soon she is sinking deeper into a tumultuous world of adolescent isolation and change. Grief, guilt, and anger send her spiraling into an even darker place.
Tormented by terrifying nightmares, she fears she will lose her sanity, or possibly her soul. Is she having post-traumatic stress hallucinations, as one of her friends suggest, or are her recurring nightmares as real as they seem? Trapped in an unyielding emotional bondage, Danielle continues the fight to reclaim her power. Startling revelations awaken her newfound spirit, inspiring a once naïve girl to grow into a woman of defiance and courage.

“So who are members of the Lynx?” Farran asked. “Tell me.”
“Hang around. You’ll see.” Billy took a hearty swig of his beer. “Man, they’re not fucking gods to me. Excuse the language. You always gotta watch what you say about them and who you say it to. If any of the Lynx is in trouble, they’re all there. They stick together. What, I should be grateful I get a nod from them while most of the patrons, regular customers for years, are ignored?” He took another swig and looked toward the door. “Speak of the devils … here comes the leader of the pack.”
We followed his gaze to a tall figure bustling confidently through the crowd. The guy looked more like a glam metal rock star than a biker and was clad in a sleeveless, black-studded vest, tight jeans, and boots, his magnificent head of dark hair falling two inches below his shoulders. I thought I’d have to pick up Farran’s jaw—and Angie’s.
Farran was salivating. “Damn! Is he drop-dead gorgeous or what?”
“Enough to make you forget Dave Navarro and every single one of The Lost Boys,” Angie concurred.“ I mean, those cheekbones, too—like they were sculpted to perfection!”
He was svelte more than herculean, with a well-toned physique that included muscular biceps adorned with tattoos. I figured him to be six-foot-one, and in his early twenties.
“Wait,” Farran said, glancing at Shannon. “Is that the guy you’re seeing?”
“Who, Valentin?” Shannon giggled. “Uh, wait a minute. Come with me.”
Farran, Angie, and I followed as she led us to Valentin and hugged him.
He hugged her tight in return.
“This is Valentin,” she said.“ I go out with his brother, Nico, but he and I are close friends.” During the subsequent introductions, she provided my full name.
“Ah, Joey’s sister,” he acknowledged.
I could see the tattoo on his left arm was a dragon. On his upper right arm, he had what appeared to be a king cobra amid a myriad of roses and flames.
“It’s a pleasure to meet you,” I said.
“The pleasure is mine,” he returned.
His dark eyes drew me in with their formidable intensity. I felt a chill in their power to seduce without effort. It was as if his soul was burning, and I could see its fire through the darkness. It forced me to look away.

Kyrian Lyndon is the author of Shattering Truths, the first book in her Deadly Veils series. She has also published two poetry collections, A Dark Rose Blooms, and Remnants of Severed Chains. Kyrian began writing short stories and fairy tales when she was just eight years old. In her adolescence, she moved on to poetry. At sixteen, while working as an editor for her high school newspaper, she wrote her first novel, and then completed two more novels at the ages of nineteen and twenty-five.

Born and raised in Woodside, Queens, New York, Kyrian was the middle of three daughters born to immigrants —her father from Campochiaro, Italy; her mother from Havana, Cuba. She has worked primarily in executive-level administrative positions with major New York publishing companies. She resides on Long Island in New York.