Book Blitz with Giveaway: The Unseen (Order of the Bell #2) by Jacob Devlin 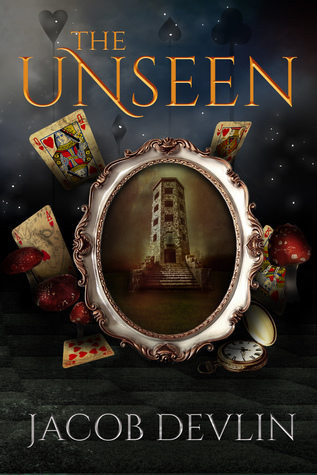 
Crescenzo and his friends may have survived their confounding journey to the enchanted realms of Florindale, but now they find themselves fighting for their sanity and lives while stuck on the other side of the very mirror they set out to destroy.
With their families trapped by a former ally with a crippling fear of the queen, Enzo, Rosana, and Zack must play a deadly game in Wonderland, where shadows are on the move, kings are at war, and one of them wants Rosana dead.
As darkness hovers over the world, the friends must lean on each other and stop the King of Hearts from following through on Avoria’s orders: Break them.

Zack wrinkled his brows. “Who are you? Why have I come to see you? I don’t even know you.”
“You wouldn’t know of Madame Esme. But she certainly knows of you. Lady Fortune keeps painting your name in the cosmos. It would appear there is an important role for you in the journeys of Pinocchio’s son.”
“Enzo,” Zack said quietly.
“Yes.” A chill rippled through the air, and Madame Esme cast a wary gaze around the tent. “Now, Madame Esme has very limited time to speak to you. Please listen carefully.” She lowered her voice, reached across the table, and then seized Zack’s elbow. “I have predicted the death of one of your own . . . the son of Pinocchio. Madame Esme cannot be sure of the circumstances, but it is to take place soon in the realm of wonder.”
Zack yanked his elbow out of Madame Esme’s grip. “What are you saying? Why would you tell me something like that, even if it were true? That’s . . . an evil thing to say.”
The woman edged forward, impossibly calm given the horrible news she delivered. “Madame Esme is never wrong, Son of Pan. Oh, how often she wishes she were! Avoria arrived seven days ago, and what a mess we have become! The lands of Roma are falling to ruins once more. The Grand Canyon crumbles to dust as we speak. Avoria seeks a territory in which to build her citadel, and nothing will ever be the same. But the son of Pinocchio is destined to lead us all to battle. Thus, we need you, Son of Pan. We need you all to dethrone Avoria and restore peace. But if The Carver dies, hope dies with him.” 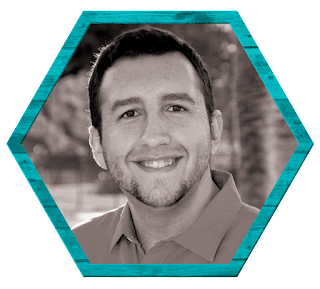 When Jacob Devlin was four years old, he would lounge around in Batman pajamas and make semi-autobiographical picture books about an adventurous python named Jake the Snake. Eventually, he traded his favorite blue crayon for a black pen, and he never put it down. When not reading or writing, Jacob loves practicing his Italian, watching stand-up comedy, going deaf at rock concerts, and geeking out at comic book conventions. He does most of these things in southern Arizona.