I am very excited to get to host author Holly Bodger on my blog today.  I was so excited to see that she would be one of the authors we would get to choose, and then to find out I got to host her on my blog was even more exciting. 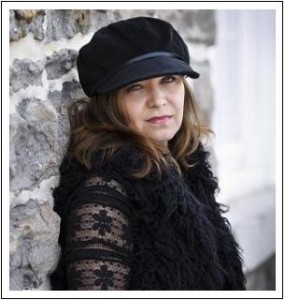 A long-time resident of Ottawa, Canada, I have been working in publishing since I graduated with an English degree from the University of Ottawa.

I am represented by Lauren MacLeod of The Strothman Agency, LLC. My debut novel, 5 TO 1, was released on May 12, 2015 from Knopf Books for Young Readers (Penguin Random House).

I am also the author of TEN which was a finalist for the 2013 RWA Golden Heart (YA Category). 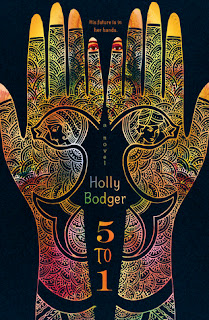 In the year 2054, after decades of gender selection, India now has a ratio of five boys for every girl, making women an incredibly valuable commodity. Tired of marrying off their daughters to the highest bidder and determined to finally make marriage fair, the women who form the country of Koyanagar have instituted a series of tests so that every boy has the chance to win a wife.

Sudasa doesn’t want to be a wife, and Contestant Five, a boy forced to compete in the test to become her husband, has other plans as well. Sudasa’s family wants nothing more than for their daughter to do the right thing and pick a husband who will keep her comfortable—and caged. Five’s family wants him to escape by failing the tests. As the tests advance, Sudasa and Five thwart each other at every turn until they slowly realize that they just might want the same thing.

This beautiful, unique novel is told from alternating points of view—Sudasa’s in verse and Contestant Five’s in prose—allowing readers to experience both characters’ pain and their brave struggle for hope.