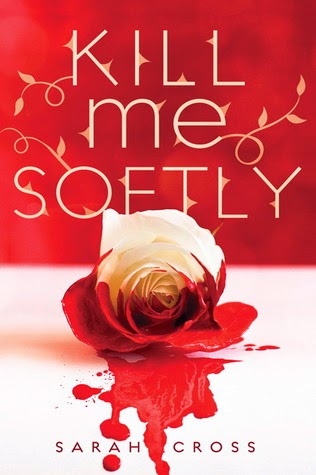 I honestly am mad at myself for letting this sit on my small TBR shelf in my living room under my tv for as long as it has.  I won it in a giveaway a while back, it was a book I was really interested in.  I only picked it up in a hurry because I saw an e-galley of a sequel/companion novel Tear You Apart.  So I figured I should hurry and read Kill Me Softly so that I could read the 2nd one as part of my September is for Sequels Challenge.  And I picked this up and it was a huge attention grabber!  I am a fan of the tv show Once Upon a Time and this book reminded me of it so much!  Not in a copycat way, but a good way.  It was so hard to put down, and I wanted so bad last night to finish it, but even with only like 10 pages left I was falling asleep, so tired from the last two busy nights, so I had to wait to finish until breakfast this morning.

As you may have guessed from my description, it is basically a fairy tale retelling.  And not just one, a lot of different fairy tales.  And while it talks a little about the Disney versions, this is really a tale about the original Grimm fairy tales.  In the Grimm version of Cinderella, the two wicked stepsisters don't just try on the slipper and it doesn't fit, one cuts her big toe off in order to fit in the shoe, and the other cuts her heel off!  Much more gruesome than what Disney shows.

The main character in this book is Mirabelle.  Her parents died when she was really young, and her two godmothers took her away from Beau Rivage, their hometown, to keep her safe.  Or to keep her from being sad supposedly.  She has no idea what kind of town this is, or that fairy tales might possibly be true.  Before her sixteenth birthday she decides that she needs to finally visit her parents' graves to be closer to them. So she sets up an elaborate plan about an online boyfriend that she is going to run away to meet.  This is to leave misleading clues for her godmothers to go on a wild goose chase trying to find her, hopefully giving her time to get to Beau Rivage and find what she needs there.  Well, once she gets there, she finds things are a little strange.  First she meets two brothers, Felix and Blue.  They are as different from each other as could be.  Felix is very straight-laced, even runs the fancy hotel and casino Mira ends up trying to hide out in for the night, Dream Casino.  But first she meets Blue.  And as his name sounds, he's a little different.  He's got all kinds of piercings and his clothes are all ripped up and written all over.  And the kicker, his spiky hair, and even his eyebrows, are blue, a bright candy colored blue.  Now Blue isn't such a nice guy it seems at first.  He's kind of rude, obnoxious, sarcastic.  And his main goal seems to be to make Mira go away, get out of town. He definitely doesn't want her to meet his brother.  Once she does meet him though, she is charmed by Felix, who is quite the romantic.

The longer she is there, the more Mira sees strange things, and begins to learn even stranger things about herself.  The fist-sized, wheel-shaped mark on her back that she'd always thought was a birthmark, and been ashamed of, her new friends had them too. Blue, and Freddie, all of them.  While Blue's was more of a heart looking shape, Freddie's looks exactly like Mira's.  And soon she learns about curses, and fairy tales, and how Disney got things wrong.  She also learns that her parents may not have died in a fire as she's been told all her life.  And that she may have her own curse to deal with.  Falling in love with Felix, while he is charming and romantic, may not be the most healthy thing for her.  And what is it about Blue?  Will Mira have to be a part of the curse that is shown on her back?  Or can she beat it and go with what she wants?

This story is so much about choosing to make your life the way you want it, even with fate.  I love the fairy tales somewhat re-imagined.  And I love the love-hate relationship between Blue and Mira.  I am now going to be such a promoter of this book.  I will be donating my copy to the high school library where I work as well!  Not until after I loan it to my sister and another friend first though.  If you haven't read this yet, you need to get it on your TBR list.

While you're here, there's only 1 day left to enter my awesome 5th Blogoversary giveaway by clicking on the button below! 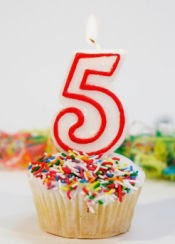 Or you can still sign up to take part in my September is for Sequels Challenge on the button below. There will be prizes possible for participants as well! 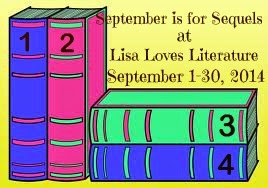 Email ThisBlogThis!Share to TwitterShare to FacebookShare to Pinterest
Labels: Fairy Tales retold, Grimm's Fairy Tales, Kill Me Softly, Once Upon a Time, Sarah Cross, September is for sequels challenge