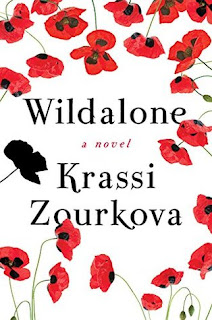 First, I have to thank the author who sent me a copy of this in exchange for an honest review.  I had entered a giveaway on Goodreads but didn't win.  She emailed me on Goodreads and offered to send me a copy.  I was very excited and of course said yes because I'd been wanting to read this for a long time.

The main character is Thea, and she is from Bulgaria.  She is a piano prodigy, and has decided to attend Princeton.  Of course she does this on a work-study program and so she will have to work in the cafeteria to go there.  When she first gets to Princeton, her music advisers immediately set her up in a solo concert.  She plays Chopin, and is a hit.  Even though she is very nervous.  And the night of the concert, this very handsome guy shows up in the back of the auditorium, and then leaves.  But then comes back towards the end and leaves flowers for her on the stage.  She gets a mysterious assignment from her Greek Art professor that leads her to a vase that seems to have a connection to her home and a myth that she is familiar with.  It is of a woman who is like a witch or nymph that can captivate a man to the point that he will do anything she says, and eventually she kills him.  They are called samodivi, which means wildalone in English.  While she is in the school's art museum, she runs into this handsome, mysterious man again, but he doesn't really come out of the shadows.  Just says that he will find her again, and when the museum announces it is closing, he disappears.  She runs into him again when she is out on campus on a foggy day.  His name is Rhys, and he is immediately all over her.  Very romantic and suave and kind of possessive.    He wants her to be his, and she is immediately overwhelmed, but in a kind of good way, just being swept away by him.  However she soon comes to find out that he is not the guy who was at her concert, or in the museum.  That was his younger brother Jake.  And now she doesn't know for sure which one she really loves.  But there is something about Rhys that she loves, that she doesn't want to give up on.  However there are things about him that she doesn't like, things he says he can't change, even if he would want to, but that he will always be hers.

Along with all this romance, there is the mystery of her older sister who also went to Princeton 15 years ago, but died/disappeared. And it seems that she may have been involved with Rhys as well.  And that the myths her Greek Art professor has been teaching and discussing with her, well, they may be real.  Or at least happening in Thea's own world, affecting her life as she is there, following in her sister's footsteps.

I loved the mythology in the story.  I enjoyed reading about Thea's experiences as a foreigner in the US, especially at Princeton.  The past mystery about her sister was also good.  And while I could definitely feel how hot the relationship was with Rhys, it just was almost too insta-love for me.  Not only that, he was so possessive it was kind of hard to like him at first.  For him to come in an assume she would do all the things he tried at the start, well, I didn't have a whole lot of respect for her for putting up with it the way she did.  If people think Edward was bad in Twilight (which I didn't think he was), then they will probably not like Rhys in this book.  I guess we can forgive her because as I mentioned, she was new to the country.  However it definitely kept me reading, and it left off in a way that I can't wait to read on, although I'm not sure when a sequel might be out.  I only know that I'll be waiting to read it!
Posted by Lisa Mandina at 8:00 AM