Book Tour and Giveaway: Dancing to an Irish Reel by Claire Fullerton 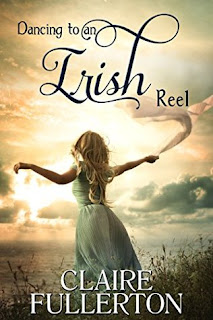 Synopsis:
On sabbatical from her job in the LA record business, twenty five year old Hailey Crossan takes a trip to Ireland for the vacation of a lifetime. What she finds is a job offer too good to turn down.

But her new life in Ireland comes with one major complication—Liam Hennessey. He’s a famous Irish musician whose entire live has revolved around performing. And Hailey falls in love with him. Because Liam’s not so sure love can fit into his life, he’s afraid to come closer, but neither can he bring himself to go away.

And so begins Hailey’s journey to a colorful land that changes her life, unites her with friends more colorful than the Irish landscape, and teaches her more about love than she’s ever known before.

AUTHOR BIO:
Claire Fullerton is the author of Paranormal Mystery, “A Portal in Time,” set in Carmel-by-the-Sea, California (Vinspire Publishing) and “Dancing to an Irish Reel,” Fiction, set in Connemara, Ireland, (Vinspire Publishing.) She is a three time award winning essayist, a former newspaper columnist, a contributor to magazines, and a four time contributor to the “Chicken Soup for the Soul” book series. Claire hails from Memphis,TN and now lives in Malibu, CA. Currently, Claire is writing her third novel, which is based on her award winning essay in the 2013 San Francisco Writer’s Conference.