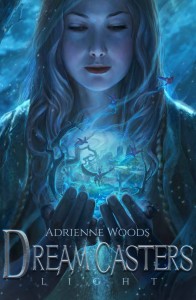 Mr. Sandman, send me a dream, ta da da da…..Seventeen year old Chasity Blake knows the Sandman is just a silly children’s story parents tell their children to get them to sleep. At least she thought it was, until the day a mysterious, light golden sand appeared in her hands during a high school prank that went horribly wrong. A sand that has the power to send anyone it touches into a deep, sound sleep.

Fearing she had lost her mind, Chasity soon discovers the shocking truth of her heritage- she is a Dream Caster. Chasity was never supposed to be raised on the Domain, or what humans call Earth and she is forced to return to her true birth place, Revera – the world of Dreams.

However, in Revera there is no balance between good, the Light Casters, and darkness, the Shadow Casters, and Chasity is caught square in the middle. She soon learns that there is no place for anyone containing both the light and the darkness within them, and the shocking truth that if anyone in Revera ever discovered her shadow self, Chasity would be thrown into the Oblivion – the world of Nightmares.

Dreams are always more than they seem, and this time Chasity is going to discover just how different they can be. 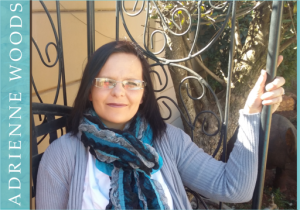 Adrienne Woods was born and raised in South Africa, where she still lives with her husband and two beautiful little girls. She always knew she was going to be a writer, but it only started to really happen about four years ago. In her free time―if she gets any because moms don’t really have free time―she loves to spend it with friends, whether it’s a girls night out, or just watching a movie. She’s a very chilled person. Her writing career started with Firebolt, book one in the Dragonian series. There will be four books in total, including a further two to three books, which will be stories that take place within the Dragonian series. Her other series, Dream Casters, will be released mid 2015. She also writes in different genres, and her woman’s fiction, The Pregnancy Diaries, will be published under a pseudonym. And then, she has a paranormal series by the name of the Aswang series, which will consist of about ten novels. And if that wasn’t enough, there is another series, Guardians of Monsters, which will be released in 2016.