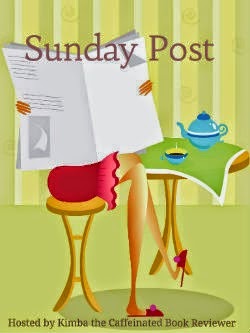 The Sunday Post is a weekly meme hosted  @ Caffeinated Book Reviewer. It’s a chance to share news ~ A post to recap the past week on your blog, showcase books and things we have received and share news about what is coming up on our blog for the week ahead. See rules here: Sunday Post Meme.

Last week on the blog:
I figured out that I'm not going to be able to do full or even mini-reviews for the A to Z Challenge like I'd hoped.  Instead I'm probably just going to do the synopsis from Goodreads and then a sentence or two about why I liked the book.  Just don't have the time since I didn't get it done during spring break like I had planned to do ahead of time.  I still got two current reviews done like my goals for the year are.  I didn't blog every day, nothing on Monday, but did have a total of 7 posts for last week, so I figure that makes up for it.

This week on the blog:
Not sure if I'll get to the Cover Characteristic this week.  I may have another review, will see how much reading I get done this week! 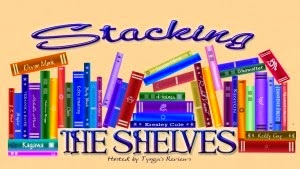 Stacking the Shelves is hosted by Tynga's Reviews.  It is a way for us to share the new books we have collected.  This was a pretty good week once again, although some of it was with my own money.