A to Z April: S Reviews - Strangers by Dean Koontz/Summer to Die by Lois Lowry/Scarlett by Alexandra Ripley 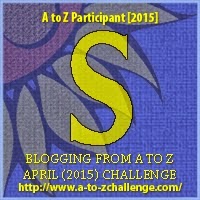 Since there were soooooo many books that started with the letter S, it was really hard to narrow it down to just two to review today. So I'm going to do three that are ones that I just couldn't give up on as I tried to decide.  The first is one of my all time favorite Dean Koontz books.  The next one is one of the books I read as a teen over and over.  And the last one is a sequel to Gone with the Wind, one of my favorite all time books ever since high school. 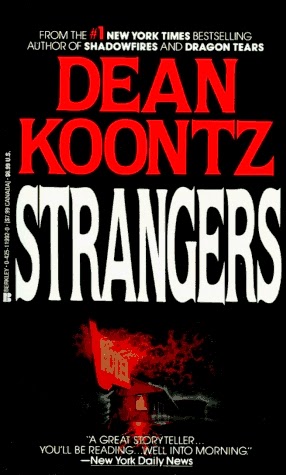 First is Strangers by Dean Koontz.  I read this book over and over, even at over 700 pages, I could read through it in a day or two because of what a good read it was.  It is a UFO type of story.  There are bits that make you think of the movie Close Encounters of the Third Kind, but all in all it is just one of Koontz's great earlier stories.  Here is the blurb from Goodreads:
A surgeon, a writer, a motel-keeper, a priest and a thief; they have nothing in common - nothing but one hot summer night at the Tranquillity Motel: a night filled with unending terror; a night when an awesome power stripped them of their memories.

Now the evil is creeping back into their minds. Slowly, tauntingly, maddeningly, they are recalling the unspeakable events of that fateful moonlit evening. And as the vision of evil grows clearer, the guests of the Tranquillity Motel seek each other out. Some of them will not live to face the power head on. But some will - in a terror-packed climax unlike anything ever experienced before... 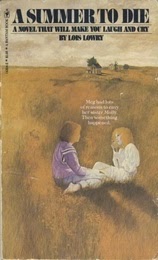 Second is A Summer to Die by Lois Lowry.  It's one of her sad teen stories that she wrote so many of.  It's not at all a dystopian story like The Giver.  This is about a girl who gets leukemia and how her family deals with it.  I don't know if I can put my finger on all the little things that have influenced my life from this book, but there are many.  Here is the blurb from Goodreads:
Meg isn't thrilled when she gets stuck sharing a bedroom with her older sister Molly. The two of them couldn't be more different, and it's hard for Meg to hide her resentment of Molly's beauty and easy popularity. But now that the family has moved to a small house in the country, Meg has a lot to accept.

Just as the sisters begin to adjust to their new home, Meg feels that Molly is starting up again by being a real nuisance. But Molly's constant grouchiness, changing appearance, and other complaints are not just part of a new mood. And the day Molly is rushed to the hospital, Meg has to accept that there is something terribly wrong with her sister. That's the day Meg's world changes forever. Is it too late for Meg to show what she really feels? 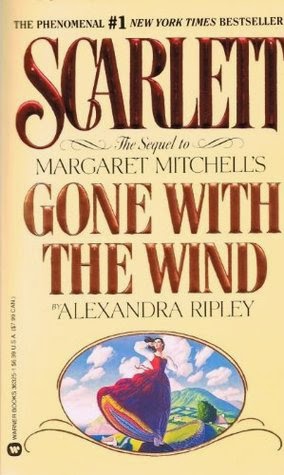 The last book I want to talk about today is Scarlett by Alexandra Ripley.  When this book came out I devoured it.  Shortly after the book was out, they made a mini-series for tv of it.  And while it was okay, it skipped some of the parts I loved about the book. But isn't that how it always is?  This book picks up after Rhett left Scarlett.  It includes her taking a trip to Ireland to be with her father's side of the family.  She finds out that Rhett seems to be done with her when she went back to try to get him back.  Her mother's family demands she has nothing to do with her father's family, it all leads to her trip to Ireland, along with a new romance, one that soon turns into a murder, that Scarlett will be blamed for.  Here is the pretty nondescript blurb from Goodreads:
The timeless tale continues... The most popular and beloved American historical novel ever written, Margaret Mitchell's Gone With the Wind is unparalleled in its portrayal of men and women at once larger than life but as real as ourselves. Now bestselling writer Alexandra Ripley brings us back to Tara and reintroduces us to the characters we remember so well: Rhett, Ashley, Mammy, Suellen, Aunt Pittypat, and, of course, Scarlett. As the classic story, first told over half a century ago, moves forward, the greatest love affair in all fiction is reignited; amidst heartbreak and joy, the endless, consuming passion between Scarlett O'Hara and Rhett Butler reaches its startling culmination. Rich with surprises at every turn and new emotional, breathtaking adventures, Scarlett satisfies our longing to reenter the world of Gone With the Wind, and like its predecessor, Scarlett will find an eternal place in our hearts.

While you're here, be sure to enter the giveaway that is going along with my A to Z challenge!