A to Z April: Y Reviews - The Year of Yes by Dahvana Headley/Yes Man by Danny Wallace 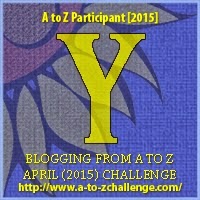 At first I only had one book I thought I could talk about, but then I went back and realized that one of the two I'm talking about today I read before I started this blog.  So I can share it.  And the common theme? Both actually have to do with saying "yes". 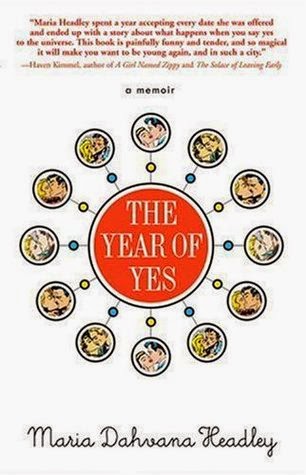 First is a memoir book that in a way is a chick lit type of story.  It's about a girl who was looking for her true love, and decided that for a year she would say yes to anyone who asked her out.  Whether they were creepy, not her type, etc.  That way she would be giving everyone a chance, and maybe she'd meet the right person that otherwise she might not have given a chance.  It was a very interesting read.  Not sure that I'm brave enough to try it to meet my Mr. Right, as I'm pretty socially awkward and introverted, and so the thought of going out with someone alone that makes me uncomfortable is just terror-inducing.  Here's the blurb from Goodreads:
"Why not go out on a date with everyone who asks you? Plenty of reasons. They might be crazy. They might be creepy. They might be something other than what you're looking for. But then again, how would you know? Isn't love supposed to be blind? Isn't it supposed to be about who the person really is, not about what they look like?"

The Year of Yes is an account of one woman's quest to find a man she can stand (for longer than a couple of hours). Frustrated by her own pitiful taste, writer Maria Headley decided to leave her love life up to fate, going out with everyone who asked her: homeless men, taxi drivers and yes, even a couple of women. Opening her heart and mind to the possibility that her perfect match might be the person she least expected, she spent twelve months dating most of New York City. 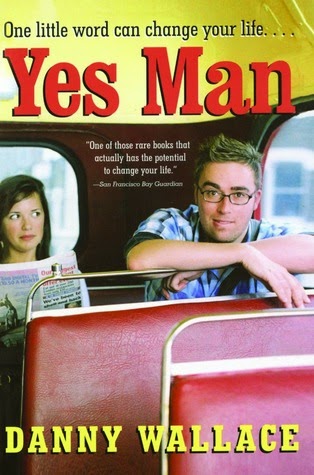 Second is a book, another memoir actually, about a man who decided to say "yes" to everything.  Part of it was for romance, but another part was just to meet more people.  Now they did make a movie from this, and there are some of the same things as in the book.  But honestly, some of the stuff he does in the book is way more hilarious, maybe because it is so real!  I had a good laugh as I read this book.  You should check it out as well.  Here is the blurb from Goodreads:
Recently single, Danny Wallace was falling into loneliness and isolation. When a stranger on a bus advises, "Say yes more," Wallace vows to say yes to every offer, invitation, challenge, and chance.

In Yes Man, Wallace recounts his months-long commitment to complete openness with profound insight and humbling honesty. Saying yes takes Wallace into a new plane of existence: a place where money comes as easily as it goes, nodding a lot can lead to a long weekend overseas with new friends, and romance isn't as complicated as it seems. Yes eventually leads to the biggest question of all: "Do you, Danny Wallace, take this woman . . ."

Yes Man is inspiring proof that a little willingness can take anyone to the most wonderful of places.

Have you read either of these?  Have you seen the movie, Yes Man with Jim Carrey?  Do you think you could try the "yes" for a year in order to do something like this?  And don't forget, only one more day after today to enter my giveaway!