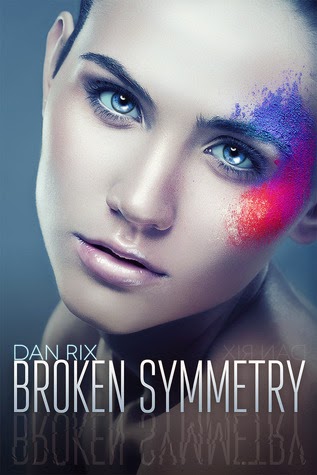 I won this book in a giveaway back in 2013!  I just finally got around to it this year.  I won it from the author and it is autographed with a message from the author. 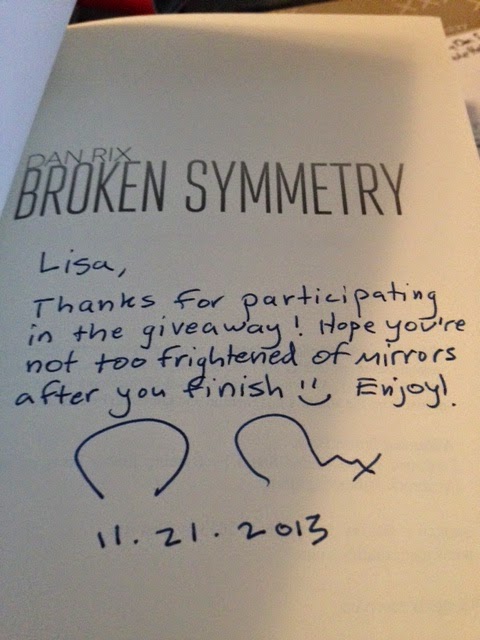 Overall this was a pretty good book.  Towards the end I got a bit confused as it got deeper and deeper into some of the physics type parts of the story.  But then it switched to DNA, and that was cool because I've always been very interested in all things genetic.

The main character is Blaire. She's been on her own since her father disappeared almost a year ago.  In the middle of almost getting asked to prom by "the" popular boy Josh Hutchinson, she gets a call from the police saying they've found her dad.  Only there is something strange about this dad, according to him, she disappeared when she was a baby.  Her dad dies very shortly after she gets to see him, basically hemorrhaging from organs that have turned to mush. He doesn't have any disease, nothing contagious.  But it seems he showed up at the nearby military base where they've been supposedly having a drill.  Blaire's whole life is thrown into chaos.  She gets her DNA compared to this man just in case maybe her dad had an identical twin. But it is her dad.  (Although, wouldn't identical twins have the same DNA? From the little research I've done since I read this, I guess it is possible they don't)  When they do the test they find out that Blaire has an extra chromosome, two actually, like her dad.  And these extra chromosomes mean something strange. She finds out what they mean when she goes to visit her dad's old business partner.  She soon finds out her dad wasn't in the interior design business. They had a scientific practice where they tested walking through mirrors.  Inside the mirror everything was pretty much the same, other than backwards.  And as long as you were the one who "broke" the symmetry of the mirror, then there wouldn't be another you there.  But there are all kinds of rules about going into the mirrors and how many times you can go in, and having to come back out of the same mirror you went into. Her father's partner Charles isn't the only one who can do this that they know of.  His daughter Amy is able to, although she doesn't handle the travel so well, so her dad is "retiring" Amy and hoping to have Blaire fill in.  And there is a hot guy named Damian who also does it.  He should retire, the traveling is killing him the way it did her dad as well.  What they're trying to figure out is what the military has at the base, some kind of artifact that has something to do with this traveling.

There will be lots of disasters and almost disasters in this story.  Blaire will have a playful romantic interest in the brooding, sarcastic Damian.  And in the end, well things turn out in a pretty good way, if not what was really expected at the beginning, and definitely after some moments of being sure that all will be lost for Blaire.

As I said at the beginning.  A good read, fun science fiction, although a bit dense in parts, which made me skip over if I didn't feel I had to know it to read the story.  A good read.
Posted by Lisa Mandina at 5:39 PM