Review: Shades of Earth (Across the Universe #3) by Beth Revis 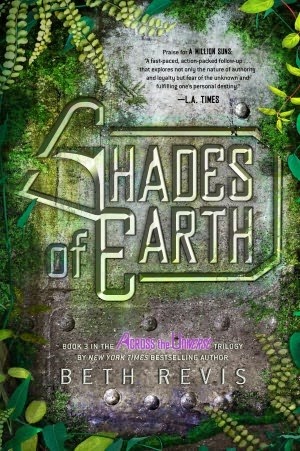 I FINALLY picked this one up and read it.  I've actually owned a copy since I purchased it last May at the RT Convention so that I could get it autographed.  Finishing this will also get me an entry in my 2014 Prequels and Sequels Challenge, although I think I have a short story/e-novella to read to actually complete the whole thing.  Here are the links to my reviews of the first two books:  Across the Universe and A Million Suns.  Let me say, this was a great ending.  For awhile I was afraid it might end up with the same kind of disappointment as I had with Allegiant, but instead it ended up more like Into the Still Blue, a realistic, but pretty happy ending.  Obviously if you haven't read the rest of the series, and especially not book 2, you probably should stop reading at the end of this paragraph, knowing that I was very happy with this book, and will definitely recommend it, and the whole series.

So, if you remember at the end of the 2nd book, there was the really big cliffhanger.  They had been finding out that the ship probably wasn't going to last much longer, with what they had left, not to mention the explosion caused damage to the engine, which could cause other problems. And now that they knew the planet they had been traveling towards, Centauri-Earth, was right outside the ship, they had to make the decision to go.  Not everyone on the ship wanted to go to the planet, they felt safe on the ship, the only place that had ever been their home.  So Amy, Elder, about half of the people left on the ship, and all the cryogenically frozen people were in the shuttle and headed towards the planet.  From the information that Orion had left in the clues for Elder and Amy, they knew that there were "monsters" on the planet.  And on their way to land, they did hit something, and it did knock them a bit off course, but they still landed just fine.
But when they first try to leave the ship, they see one of the monsters, and Elder is even attacked by one.  Fortunately Amy is able to grab a gun and shoot it, and then get Elder back in and shut the shuttle back up to be safe.  As this is going on, the people that were frozen have been unfrozen, including Amy's parents.  But there still seems to be a divide between the frozen, or Earthborn, and Elder's people, or shipborn as they are called.  And when Amy's father, Captain Martin, is unfrozen, he finds he is now in charge because of the two that Orion had killed.  And when he takes over, he reminds Elder of Eldest, or even Orion.  And Orion's warnings were that the frozen people would make the shipborn either slaves or soldiers, and it seems as if it may be that way.  Not only that, but it seems Captain Martin may be hiding something.  While Amy's mother and the other scientists are just thrilled with all there is to see and study on the planet, it seems that maybe there was a colony of humans that landed here before them.  Not only that, the monsters may not be the only thing they have to worry about.  What happened to that first colony?  There are signs of a possible alien race, and they may be defending their own planet.

In the end it all comes down to fighting for what the original mission was, fighting against these aliens or whatever is fighting them on the planet, or finding out how they can make this new planet their own.

Again, I just loved this story, and what a great ending to the trilogy!  And below is my picture with the author on the day I got this book! 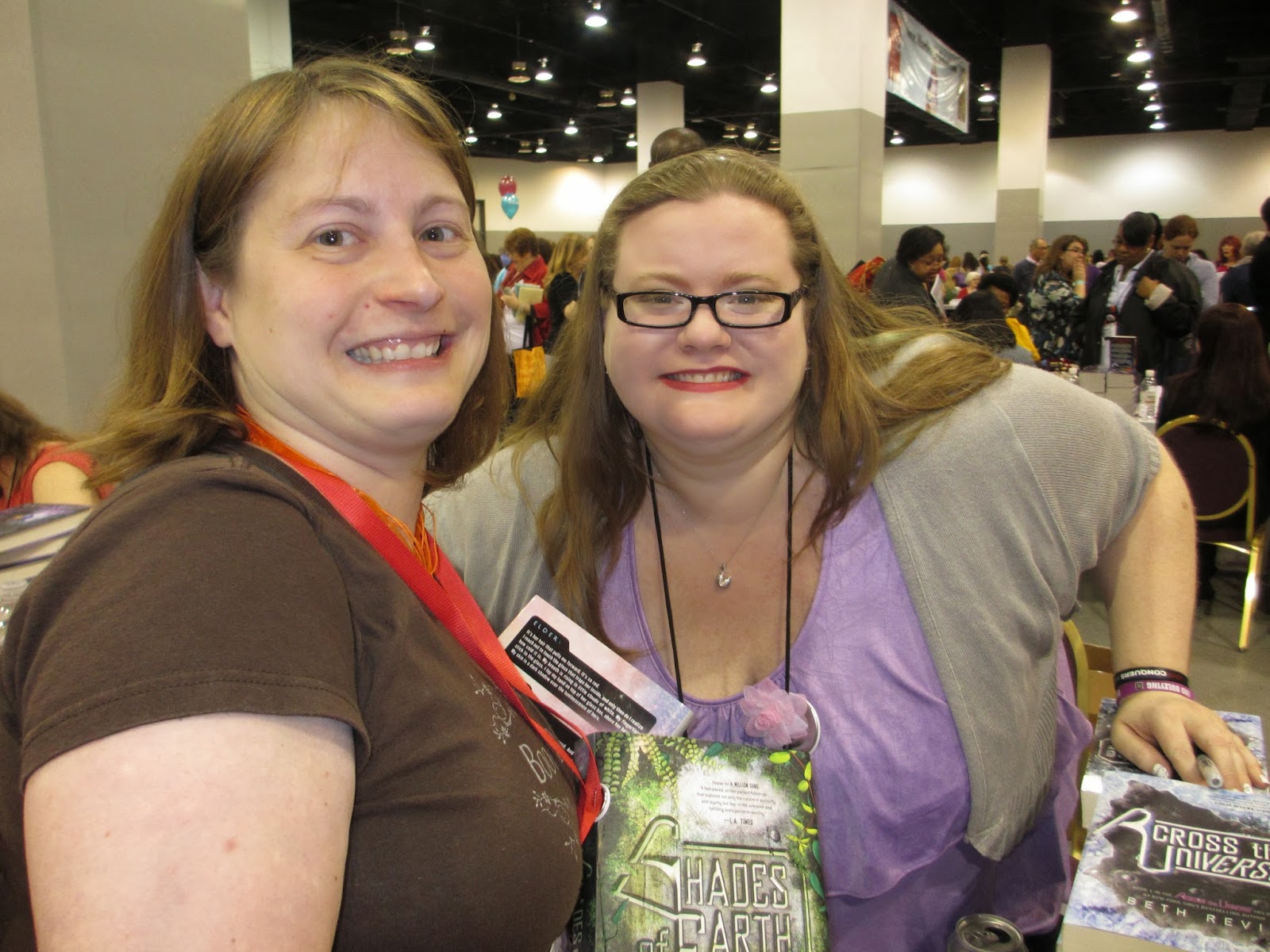