Review - The Curiosities: A Collection of Stories by Maggie Stiefvater, Tessa Gratton, and Brenna Yovanoff 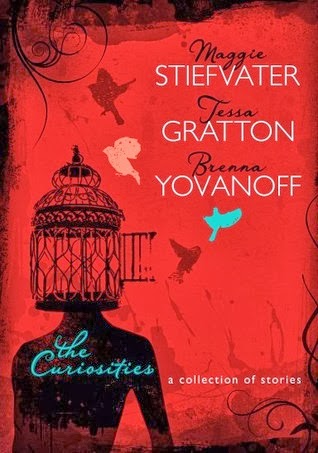 This review is a long time coming.  I received an ARC of this book back at BEA in the summer of 2012.  I kept it somewhere that whenever I had just a bit of time to read, I could pick it up and read.  Which makes sense as it is a collection of short stories.   These are three authors that are kind of favorites of mine.  Maggie Stiefvater I knew from reading her book Shiver for one of the Missouri state book awards, and then loving the whole series.  When she visited Kansas City, the first time I saw her, the other two, Tessa Gratton, and Brenna Yovanoff both just happened to be at the signing as well.  I had read an ARC of Brenna Yovanoff's first book, The Replacement, and really enjoyed it.  Unfortunately, not knowing she would be there, I didn't bring it to get it signed.  I hadn't heard of Tessa Gratton until then, but as she lives in Kansas, right by Missouri where I live, she was there, and they had her book, Blood Magic, for sale, so I bought it and got it signed.  Of course I got my picture taken with all of them at that time, I believe that was fall of 2011.  Then they were all three signing this book at BEA the next summer.  So once again, I got all their signatures, and pictures with them.  The even cooler thing about the picture below?  Well, I was contacted and paid to let a publishing company use this photo in a biography for Maggie Stiefvater.  I'm still on the lookout to find a copy of it. 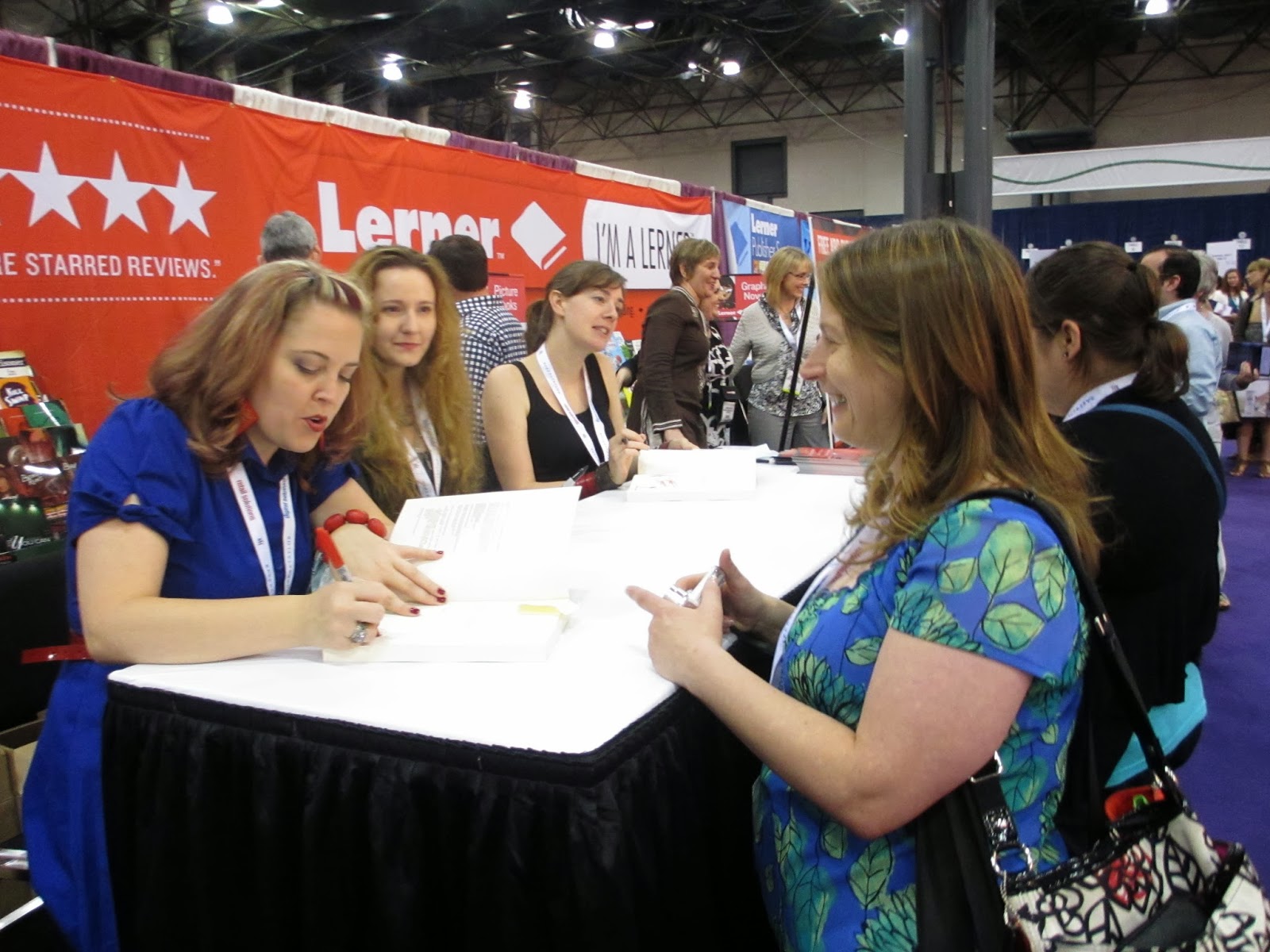 So, my review.  Well, these stories really made me wish that I could be a part of a writing group like this.  It seems like such a great way to pull out your creative side and just write.  And what was even more fun was all the little doodles and extra writing on each page by both the author of that story, as well as the other two often adding their own thoughts.  And some of the stories either went on to be full length books, or more likely were kind of inspiration for a future novel by one of the three.  The stories were definitely a great way to kind of get a good feel for each of the authors' writing style or voice.  I'm going to pick one favorite story from each author to tell a little bit about.

1st is the story by Tessa Gratton that led to The Lost Sun, the United States of Asgard series she is now in the midst of.  The title of this short story is:  Berserk, which of course has to do with Viking warriors.  The story tells the tale of a young girl who watches as her family is killed by trolls.  A berserker comes along and finds her burning the house, as well as her family, as the culture does with their dead.  And while he wants to take her to safety, she tricks him into following the trolls and helping her to get her revenge.  One of my other favorite stories of the book is also by Ms. Gratton, Date with a Dragon Slayer.  And in a way is a bit similar in the Norse types of themes.

Okay, I think my favorite by Maggie Stiefvater is The Deadlier of the Species, a zombie story.  It's a bit unique for a zombie story, which only makes sense for this author.  The cause of the zombies is a little parasite that must be in water or it will die when not in the host, or zombie it seems.  I love the way Ms. Stiefvater writes her characters, the banter, and even the horror of this story doesn't keep her from doing that.

Finally, my favorite story by Brenna Yovanoff in the collection is titled Neighbors.  This is a story about a ghost.  The ghost of a child.  And they don't necessarily understand that they are a ghost.  It's a short quick way, maybe not quite so shocking and scary though, of telling a story similar to the movie The Sixth Sense.  You may or may not see the end coming.  But it's still a good telling.  Ms. Yovanoff is pretty good with ghost stories.

Those are just a few of the stories, and there are others that I really liked just as well, but I didn't want to tell about all of them.  I actually feel as I looked back through to pick which ones to talk about, that I may have enjoyed many of Tessa Gratton's stories the most.

P.S. - Check back this week, as I've now passed 1900 followers on GFC, so I see another giveaway in the future!