So, really trying to get caught up on reviews if it is at all possible.  So I'm chunking together some e-books in this post, and then probably will have a bunch of NA/Romance mini-reviews later this week of physical books that I have read.  At some point I need to do an audiobook mini-review post probably as well. 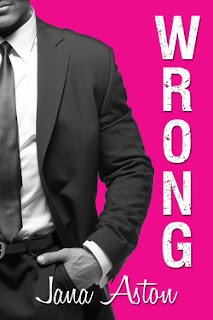 So, the idea behind this book is kinda crazy, and normally I'm not the hugest fan of older man romances, but this one was definitely a good one anyway.  I have to say after the scene where he ends up being her gynecologist, I'm glad my gynecologist is a woman, because that would be embarrassing.  I loved the Twilight reference made in this, and I'm also very excited for her friend Everly's book.  I will definitely be reading on in the series, even though I think book 2 is also an older guy story, not quite the same big age difference though, I'll hope that not every book is like that.

I have a history of picking the wrong guy. Gay? Player? Momma’s boy? Check, check and check.Now I can’t stop fantasizing about one of the customers at the coffee shop I work at between classes. It’s just a harmless crush, right? It’s not like I ever see this guy outside of the coffee shop. It’s not like I’m going to see him while attempting to get birth control at the student clinic. While wearing a paper gown. While sitting on an exam table. Because he’s the doctor. Shoot. Me.But what if, for once, the man I’ve had the dirtiest, most scandalous fantasies about turned out to be everything but wrong? 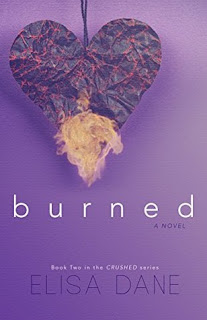 I think I had picked this one up for a freebie one day.  And then I saw that it was part of the Kindle Unlimited Challenge, and while I don't have KU, I decided to at least try to participate since I had that book.  It was a pretty good book, I'd like to go back and read book 1 now. This is definitely more of a YA than an NA or Adult romance.

Perception is everything to sixteen-year-old Olivia Brown. With her freakishly hot boyfriend, volunteer work at the local animal shelter, successful beauty channel on YouTube, and well-earned spot on X Factor Cheer's elite level five Diamond Girl team, Livvie's the girl every other girl wants to be. At least, that's the illusion she's aiming for. But Livvie's seemingly perfect life is anything but. Lying about the bruises her boyfriend gives her, and cowering beneath his raging temper becomes a regular way of life until she unwittingly witnesses her drunken neighbor beating his step-son, the town bad boy, Reid Tate.For Reid, vulnerability is the enemy. Opening up, and letting people in gives them the power to disappoint. Growing up with a co-dependent mother and an abusive alcoholic father, Reid has endured all the disappointment he can stomach. But when his pretty, do-good neighbor witnesses his step-dad beat him to within an inch of his life, and not only call the cops, but keeps quiet at school about what she saw, Reid wonders if maybe, just maybe, he's found someone he can finally trust.Previously published under the title Unbreakable 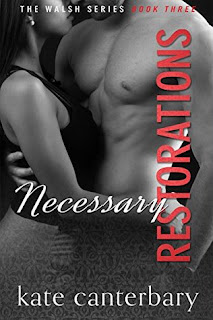 I've been reading and enjoying this series since I got the first one for free.  Since then I've either purchased the others as I was in the mood for them, or in the case of this one, I won a free book from Amazon on Facebook, and so this is what I picked.  You can read my reviews of the first two books:  Underneath it All and  The Space Between.  Each book in the series focuses on another family Walsh family member.  Not sure how much I enjoyed this one in comparison to the first two, but it was still a good story when I had time to just sit and read and not be interrupted.

From bestselling author Kate Canterbary comes a sexy new standalone from the Walsh family. Are you ready to fall in love with some rule-breakers?  They liked to call me names. Manwhore. Slut. Player. But I make wrong look so right… This is the third book in The Walsh Series, though it reads as a stand-alone novel with characters from the first two books making appearances. He's a flawed perfectionist… I can read women better than any blueprint. I understand their thoughts and feelings, their secret desires and insecurities, and I know how to get rid of them once I get off. But all bets are off when Tiel Desai slams into my life. She redefines what it means to be friends, and she makes it sound like the filthiest thing I've ever heard. I can't read the gorgeous conservatory-trained violinist, but she's the only one keeping me from shattering by small degrees, and I can't let her go. She's wildly independent… My past—and New Jersey—are far behind me, and now my life is blissfully full of music: playing, teaching, and lecturing, and scouring Boston's underground scene with an annoyingly beautiful, troubled, tattooed architect. I'm defenseless against his rooftop kisses, our nearly naked dance parties, the snuggletimes that turn into sexytimes, and his deep, demanding voice. I have Sam Walsh stuck in my head like a song on repeat, and I'm happy pretending history won't catch up with me. The one thing they have in common is a rock-solid disregard for the rules. They find more in each other than they ever realized they were missing, but they might have to fall apart before they can come together. It's the wrongs that make the rights come to life.
Posted by Lisa Mandina at 11:45 AM