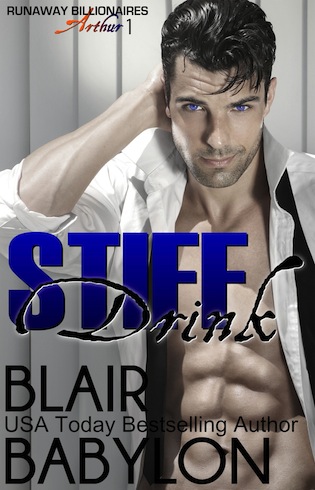 Genevieve is a lawyer, not a babysitter, and certainly not a dog trainer. She is just about to become a full barrister, a British litigating attorney, when her law mentor dies unexpectedly. She is shuffled off to another barrister, one who’s nothing at all like her kind and decent former mentor, and then she is assigned the office’s worst case: Arthur Finch-Hatten, six-feet and four-inches of ripped, loaded, hot English nobleman who is wasting his life and his inherited estate so audaciously that his younger brother is suing him for control of their family’s earldom. There is a darn good chance that Arthur will lose everything, even his crazed, badly behaved puppy.

Unless he shapes up.

Her new boss hasn’t been able to convince Arthur to mend his ways. His uncle’s lectures haven’t had any effect on his depraved debauchery and lavish lifestyle.
The only way for Genevieve to make partner is to win Arthur’s case, and the only way to win his case and save his earldom is to keep him from spending his days hungover in bed and his nights pouring Cristal on naked, drunk women before flying off in his private jumbo jet to the next party.

Arthur was enough to make any woman need a stiff drink.

When he strolled in, Lord Arthur Finch-Hatton, the Earl of Severn, was still staring straight ahead at the window that overlooked the crowded streets of central London, so Gen’s first look at him was his profile.
Morning sunlight streaming in the window clung to his golden skin. His cheekbones were hard slashes, and his jaw was a sharp right angle above the crisp, white collar of the dress shirt and black business suit he wore. His lush lips curved in a smile, as if looking over London from such a prestigious advantage suited him. The subtle lift of his chin and roll of his broad shoulders suggested that, had history been different, he might have ruled the land that spread beneath the window.
He turned to survey the rest of the room and caught Gen sitting at the table, gaping at him.
Oh, God. She was staring.
He always caught her staring.
She was staring at the black curls of his dark hair that stroked his ears and the back of his neck, and she was staring at the way his very precisely tailored suit skimmed his strong shoulders and the rounded biceps of his arms and then narrowed at his waist and hips, and she was staring at his extravagant height and his long legs and the way his head tilted with amusement as he caught her staring at him again.
Gen’s brain turned to goo.
Damn, Lord Severn was one gorgeous man.
The goo in her mind grew fuzzy tendrils, and cotton candy filled her skull and stopped up her ears.
Her thoughts slowed as she met his eyes.
My God. His eyes.
His eyes weren’t blue or gray or any color that she had ever seen on a real human being before.
His eyes shimmered with an unexpected delight and intelligence.
They narrowed when he smiled that good-natured, natural smile that beckoned to her.
And most of all, his eyes sparkled silver and were bounded by a dark blue ring.
They changed color depending on the light, from baby blue to silvery-gray and all the shades in-between. Gen saw all the variations as he turned his face from the sunlight toward her.
They were beguiling, magical, unearthly.
That was not damn fair.
Gen had heard about peoples’ knees weakening, but she was already sitting down. Still, her bones turned to soft clay, and she grabbed the sides of her chair because she was in danger of slithering out of it and onto the carpeting under the conference room table.
Lord Severn walked toward her.
It was customary for barristers to stand when greeting a client.
She should stand up. You really should stand up.
Stand up, dammit.
Gen gripped the sides of her chair and pushed with her arms to lift herself to her feet.
Even though too-tall Gen was wearing blunt, two-inch heels, Lord Severn was still inches taller than she was. At least four inches. Which meant he was at least six-four.
Blathering. Her brain was blathering.
His tie was the same azure-silver as his eyes but glimmering silk.
Dizziness spun her head, and she gasped for air because she had forgotten how to breathe.
At her stupid sucking sound, Lord Severn smiled, though it was a sad smile like he regretted that his mere presence was overwhelming her so.
He pulled out a chair on the other side of the table. “I was terribly sorry to hear about Horace Lindsey’s untimely death. He was an excellent barrister and a family friend.”
Even though it was only eleven-thirty in the morning, Lord Severn’s breath carried a faint whiff of whiskey under the mint, like he had just come from a gentleman’s brunch.
Gen’s mind searched for words.
Any words.
Wut arrre werdz.
She gathered her brain together and squeezed something out.
“Yes, it was a great loss to us all,” she managed.