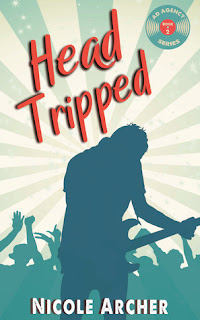 Violinist Effie Murphy moves to New York to pick up the pieces of her life. After six months though, she's still broken, not to mention flat broke. But everything changes one weird night, when she meets Elias Lovaro, a.k.a. El Love, lead singer of one of the hottest bands in the world. Except she doesn’t know that. She also doesn’t know he’s leaving the country that week.Elias hates life in the celebrity spotlight. So when he meets Effie at a random party, he masquerades as an unemployed deadbeat musician. Why not? He’ll never see her again. Except he can’t stop thinking about the wild woman who helped him write new songs that night.Next thing you know, they’re touring Europe together, along with a needling Anime character, a weepy Hulk Hogan lookalike, a closeted bassist, the evil Queen of Hearts, Ralph Macchio, Bob Ross, a couple of Spanish gypsies, a turtle, and a banana-hammock wearing French Discobus driver named LeStrange. The trip turns out to be a crazy dream-come-true for both of them.But once their conflicting pasts surface, will the music fade out at end of the summer?

My review:
Ever since I somehow signed up for a review copy of the book Road-Tripped, the first book in this series, I have become a huge fan of this author.  You can read my review of that by clicking on the title.  While this book was really so much different from the first book, I was not disappointed in any way.  It was still a raunchy, laugh out loud romance, just like the first one.  The fact that it had such a different feeling from the first one only proves to me what a talented author Nicole Archer is.  She writes characters that you can't help but fall in love with and feel for, and she puts them in some of the best situations, some so very realistic, even in all their wackiness.  And of course there are others that are extremely out there and so very impossible, but you have to have them too.  The two main characters are Effie and Elias.  We first met Effie in book 1, as she was the main character Callie's twin sister.  Effie and Elias are having a ton of fun together, and while at first it seems like it can only be a quick fling, there is something between them that neither of them can deny.  Both of them have secrets and issues of course, Effie's maybe more detrimental to their relationship in the end.  These two don't have the whole love/hate thing going on that Callie and Walker did, they are just perfect for each other right away.  But it's not a fake way, it's not insta-love, more like insta-lust (very real), and a connection that they don't know where it will go, but both are very interested in seeing where it goes.

Now, it's not just the great main characters, there are so many side characters that you love.  My favorites in this one?  Well, of course I loved seeing Effie's twin sister Callie and her man, Walker, from the first book.  We even got one of my favorite Walker lines, "Sh..poo!"  Go read the first one so you'll get that and laugh like I do every time I think of it.  I love Elias's mother Annie, as well as Elias's band mates, and also their chauffeur/ bus driver while they're on tour in Europe.  You have a definite villain in this one, whereas in book one, there wasn't necessarily anyone you truly hated like you do in this book.

This book totally fit in with the rock star romances I've been loving lately.  But I like that it doesn't mean the whole series is going to be just about rock stars.  (Not that there is anything wrong with that.)  I know this one is not even officially out in the world yet, but as I finished it, I could only wonder what character the author would bring back for book 3.  Not to mention how eager I am to read more of these characters.  Just like with book 1, I look forward until I can buy a physical copy of this one to keep on the nightstand by my bed, so that I can pick up and enjoy the characters, as well as some of the steamy sex scenes, whenever I'm in the mood.

Now, I begged the author for an interview, knowing just how much fun her answers would probably be.  (Okay, I may have just asked nicely, it may not have bee actual begging.)  And even as crazy busy as she is right now, she fit in the time to answer my questions.  So enjoy, but also beware, just like her books, the language can be a bit shocking at times.  :-)


1.  What does your writing process look like? Do you know the whole story when you start?  Or do you just start writing and go with it (seat of the pants writing)?  If you plan it out, how do you do that?  Outline, notecards, post-it-notes, etc.?
Because my books have been so research- and travel-heavy, I usually have to do that first. After I get the information, I mind map out the entire plot little bullet points first. I do the same thing with the characters. I find pictures, their clothing, their quirks, their sayings, their  backgrounds—I make them so real that everyone can picture them. Then I plot everything on a character arc, and after that, I create an outline for every chapter that’s sort of a mini plot line. Once I start writing it’s a total free for all. I just let it flow. I know what I have to achieve, but I don’t know how I’m going to get there until after I write it.  The daily process so far has been work, a big real life project that allows me to take off 2-4 months of time to write full time. I sit my ass down in the chair and write 8-12 hours a day and don’t move. No lie.


2.  How do you come up with your ideas for your stories?  Do you do research for parts of the story - places, language, etc.?
I know the general gist of all the books in the series, but sometimes shit just pops into my head. Like the whole Alice in Wonderland theme. That came to me on a dog walk.
3.  How long have you been writing?
Since I was 5. I seriously have books and diaries full of writing. I blogged for years and years. I write for a living. But this past year is the first time I’ve written fiction.
4.  What tips do you have for aspiring writers?
Don’t think you can just whip out a story. Study literature, writing books, reference books, writing blogs, everything. Just because romance has a HEA, doesn’t mean it has to be formulaic. And just because you may have erotic content doesn’t mean people don’t care about the story. At least I do anyway. Glom onto your strengths.  For example, mine is dialogue, so I write a lot of it. Also, it’s hard work. It’s ass in chair, don’t move, hard work. You can’t think about it, you just have to do it.
5. Why did you decide to publish the way you did?

Originally, I thought I was going to crank out a smutty book empire, but then I kind of felt like I was selling out. So I actually put a lot of depth and time into the characters and story. I’m glad I did. I did gobs of market research beforehand, and honestly, publishers are just thieves. They take all the profits, force you to write their way, and take all the control. The only thing that’s good about it is the distribution and marketing and full time staff. But if I ever get more popular, I’ll hire help for that. Right now, it’s just poor little me doing everything.

I’m going to have to skip this one, because I have love too much. :)

Gotta love her.  You can totally get where her characters come from when you follow her on Facebook. 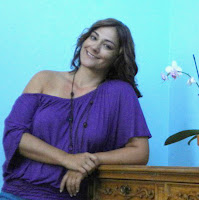 Archer’s lengthy career as an advertising copywriter not only polished her writing skills, it provided a lifetime of book material. Many months her book purchases are as high as her mortgage. As a full-time, working single mom of a beautiful, brilliant, and horrifically energetic son, she has little time to do much else but work, write, read, drink wine, and breathe. In real life, she lives in Dallas, Texas, but she’d rather live in Switzerland. Maybe if the book takes off.


So, I haven't really done a giveaway in a while, so I think I want to do one with this review.  You have to be able to read a Kindle book, as I think that is all that will be available.  I'm going to give away an e-book of both books to one lucky winner.  But don't worry, if you already have the first one, but only want an e-book of the second one, when your name is picked, you can tell me that you want me to either send the first book to someone else you know, or I will offer it to another person who has entered the giveaway.  Just fill out the Rafflecopter below for your chance to enjoy this hilarious book.  But remember, it is definitely an over 18 read between the language and the sex scenes, so if you're not a fan of those two things, you may want to wait until my next giveaway.

a Rafflecopter giveaway
Posted by Lisa Mandina at 10:34 PM