“Breathe, Rob! Just breathe!” I demand in a panicky voice from the back seat as we swiftly pull up to the entrance of the hospital. Clutching his chest in pain next to me, he heaves out a few spouts of air, but it’s not enough to help him.
Shit!
I watch my roommate Rob’s cheeks turn from a shade of deep pink to a dark crimson red. “A.J.! He’s getting worse!” I yell to my other roommate in the driver’s seat. He rolls his eyes then turns around.
“Calm down, Jo!” he exclaims. “I can’t think when you’re yelling like this!”
Drew, our other roommate, and usually the voice of reason, says nothing as he quickly jumps out of the Range Rover and runs into the hospital entrance.
“Can’t. Breathe,” Rob manages to force out of his mouth, then before I know it, his body falls limp and his head somehow ends up on my lap. His eyes roll to the back of his head.
“I think he’s dying!” I whine and suddenly I’m losing my breath.
Releasing a loud groan, A.J. climbs out of the SUV and casually walks into the hospital as if nothing is wrong.
Why is he so calm and I’m flipping the hell out?
I begin to shake Rob’s shoulders but he doesn’t respond and I’m almost positive that he’s not breathing at all now.
It’s official.
I killed my roommate.
Okay, maybe he’s not dead yet, but if death was a road, he just made a left turn for the worse then ran over a few annoying potholes and some week old roadkill…and probably drove off a cliff or something…
Ugh! I don’t even know what I’m saying anymore! I feel guilty for doing this to him and I feel even more guilty because I kinda hate his arrogant, smug ass, but just because someone is an asshole doesn’t mean that they deserve to die, does it?
The back door opens and I see A.J. and Drew standing outside with a wheelchair. A.J. roughly wraps his arms around Rob’s body and begins to pull him out of the car. “Fuck! He’s like the size of an ogre,” he complains as he struggles to get Rob into the wheelchair. The fact that Rob is as useless as a wet noodle right now makes it difficult for A.J. to adjust Rob’s body in the chair. I cringe just watching it.
“I knew this was going to happen one day,” Drew says shaking his head. “The inevitable always happens.”
Shooting Drew a snarling glare, A.J. grits his teeth. “Just roll the goddamn chair into the hospital,” he instructs. Drew turns the chair around and begins to jog into the emergency room with Rob’s body leaning to one side. A.J. looks at me in the SUV, annoyed. “Well, are you coming?” he asks and I just freeze.
Do I stay? Do I go? I don’t know what to do with myself!
Taking a quick yet deep breath, I climb out of the SUV, shut the door and join A.J. on the other side of the vehicle.
“I’m horrible,” I blurt out and I can feel wetness welling in my eyes. “I’m a horrible person.”
“Dammit, Jo! I hate it when girls cry,” he complains as he shuts the other back door and begins to walk into the hospital. He pauses in his tracks when he notices that I’m not following him.
I’m frozen. 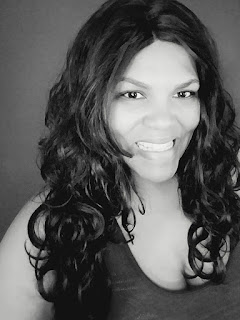 The geek and a dreamer, Corine Mekaouche has always had the vision of becoming a writer. While growing up in the New Jersey suburbs, Corine spent her childhood immersed in music, novels, and writing. To her, the arts was the best escape ever. For college, she attended Rutgers University majoring in English and minoring in Theatre Arts. Somehow, Corine survived the college experience and became somewhat of a grown-up yet still kept the vision of being a writer alive because it may be all she’s qualified for. So, she wrote and wrote until Last Semester, a new adult novel about college life and growing up, was born. Currently, she is writing other novels and plays for future release. When she’s not writing, loudly singing to songs in her car or dancing in random places for no apparent reason, Corine is being an awesome wife and a mom residing outside of the wonderfully flawed New York City.