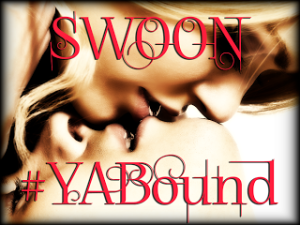 I hadn't planned to participate this week, but then, I fell in love with the book I just finished, and it was because of my newest book boyfriend, Mal Ericson.   First, here is how this works:

Mal just made me laugh so much.  And really, some of what he says is maybe not "swoon-worthy" to some people. But, to me, it is so real, I mean I have known guys who said or did similar things to him.  I've picked one of the first silly, funny things that he said in the book, and warning, there is some foul language in, but I can't help it.  I love him.  I may have to share some other quotes on other weeks, if I don't meet another swoony boy before then. 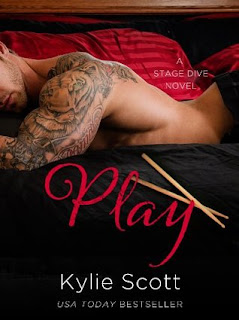 Mal Ericson, drummer for the world famous rock band Stage Dive, needs to clean up his image fast—at least for a little while. Having a good girl on his arm should do the job just fine. Mal doesn't plan on this temporary fix becoming permanent, but he didn't count on finding the one right girl.

Anne Rollins never thought she'd ever meet the rock god who plastered her teenage bedroom walls—especially not under these circumstances. Anne has money problems. Big ones. But being paid to play the pretend girlfriend to a wild life-of-the-party drummer couldn't end well. No matter how hot he is. Or could it?

Mal chuckled some more.  "Anyways, things are tight between me and Anne.  I may as well stay."

The brunette turned her glare up to high beam.  My look was probably more confused.  Maybe he meant another Anne.  One that had a clue what the hell he was talking about.

"Your girl doesn't mind watching some chick crawling all over you?"  Ben gave me a raised brow.  "I need a girlfriend like that."

"Ah, fuck.  Good point.  Honestly, this whole monogamy thing.  It takes so much getting used to, man."  Mal set the distinctly cranky brunette away from him, the muscles in his arms flexing.  He deposited her gently back down on the floor.  "Apologies.  I'm sure you're very nice and all but my heart beats only for Anne."

The brunette threw a withering glance my way, flicked her hair, and turned to leave.  Ignoring her huffing, Ben caught the girl around the waist, pulling her onto his lap.  The girl's transfer of affections took all of a millisecond.  To be fair, Ben was a big burly guy.  Few would say no.

Mal threw himself at my feet.  I scuttled back in my chair in surprise.