Okay, here go a few more mini-reviews.  This time they range from a Colleen Hoover book that actually is kind of a YA book, as the main characters are high schoolers, to a more risque book from Laurelin Paige and Sierra Simone. 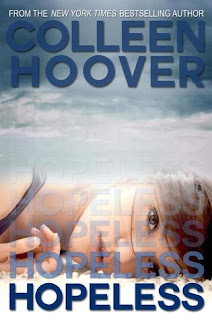 I can't remember for sure if I got this either from a giveaway, or possibly through one of the exchange groups I've participated in.  But as usual, Hoover's story blew me away. She kept me guessing for over half of the story on how in the world Holden could have known Sky without her knowing him.  And when the story finally unfolded, it was really good.  In the end the way it all played out was very suspenseful, kept me on the edge of my seat, and so hard to put down!  Another great book by Hoover.  I've got a copy of the third book in the series, I just need book 2 so I can move on!

Here is the blurb from Goodreads:
Sometimes discovering the truth can leave you more hopeless than believing the lies…That’s what seventeen-year-old Sky realizes after she meets Dean Holder. A guy with a reputation that rivals her own and an uncanny ability to invoke feelings in her she’s never had before. He terrifies her and captivates her all in the span of just one encounter, and something about the way he makes her feel sparks buried memories from a past that she wishes could just stay buried.Sky struggles to keep him at a distance knowing he’s nothing but trouble, but Holder insists on learning everything about her. After finally caving to his unwavering pursuit, Sky soon finds that Holder isn’t at all who he’s been claiming to be. When the secrets he’s been keeping are finally revealed, every single facet of Sky’s life will change forever.

The Undateable (Librarians in Love #1) by Sarah Title: 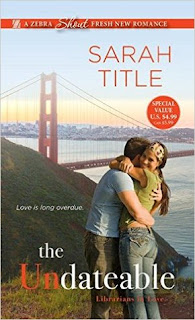 Honestly, this story could be about me.  I am pretty undateable, and I am a librarian.  I am just like the main character in that I pretty much feel like why should I have to change myself to get someone to like me? They should like me the way I am, right?  I'm not a big feminist person like she is, but other than that, I'm probably just like her.  Of course, I need to lose some weight, if I was at the correct weight, I'd definitely be her.  I have decided that maybe I do need to try a little bit if I hope to meet someone.  :-)   This was a sweet story, pretty much left the sex out, except for one or two bits.  And that's fine.  It was humorous and fun to read.  We got both Bernie's and Colin's points of view, and that made for a good way to enjoy the story.  This is the first in a series that I'll be looking forward to continuing to read, again because I'm a librarian, and it is about librarians in love.

Here is the blurb from Goodreads:
One San Francisco librarian would rather check out a good romance than dare to experience it herself. Luckily, her own next chapter is full of surprises…Melissa “Bernie” Bernard isn’t familiar with fame. After all, she works at a college library with hardly any visitors. But when a video of a marriage proposal in her stacks goes viral, it’s not the bride and groom who capture the Internet’s attention. It’s Bernie—caught rolling her eyes. Now, just as she’s ready to go into hiding and permanently bury her nose in a book, a handsome reporter appears with a proposal of his own…If Colin Rodriguez doesn’t do something big to attract new readers, his boss will hire someone else to dole out dating advice. Determined to prove he’s an expert at romance—despite his own pitiful track record—he pitches a story: He will find dates for the undateable. Specifically, for the now-infamous, love‑hating librarian at Richmond College.Even though Bernie doesn’t believe in happily-ever-afters, she’s not one to resist a good challenge. Yet with one disastrous date after another, she’s ready to give up. Until Colin proves he’ll do anything to find her the perfect match—even if it means putting himself up for the role… 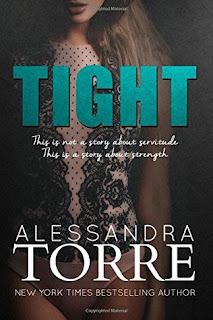 So, I assumed, based on the title, that this was going to be an extremely sexy, erotica type of story.  And don't get me wrong, it definitely had sexy scenes in it.  However, it was not at all about what I thought it was going to be.  We get the story from two different viewpoints, or I guess you could say from two different time periods.  One is Riley, and that is who the synopsis below is about.  The other is from a woman who has been kidnapped and sold into the sex slave business.  This woman also is in love with Brett Jacobs.  We don't learn exactly who she is till the very end, in a very unique twist.  There are hints all throughout the story, but let me tell you that it isn't what you think.  It's a dark read, and of course it does come with a warning at the beginning for those who need a warning.

Here is the blurb from Goodreads:
I was happy in my small town. In my life as a single, thirty-two year old woman. I had a good job, wonderful friends, my independence.I also hadn't got laid in three years. Hadn't been on a date in two. Had stopped counting calories and wearing makeup... a while ago.Then Brett Jacobs waltzed in. Caressed my thigh, dug rough fingers into my hair, lowered his soft mouth to my skin, took sexual control of my mind and stirred it all around with what he packed in his pants. He flipped my quiet life upside down and crawled into a place in my heart I thought was dead.The issue is his secret.The issue is her.The issue is that I don't even know she exists, and he thinks she's dead.The issue is that shit is about to hit the fan and I can't hold on to him tight enough. 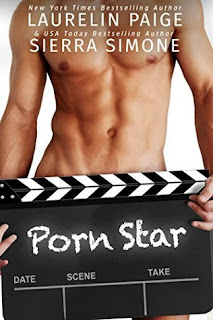 Okay, basically this is a sweeter, romantic version of the movie Boogie Nights, without all the drugs.  You really like the characters, you definitely root for them both.  It takes a good look at how women are treated in the industry, but also makes you think about how it may not be as horrible as it seems if it could be run by more people who had the art and film part of it in mind instead of being sleazy.  But that's just an opinion.  In the end, it is a happy ending.  It definitely has very sexy scenes, not really as much when they are filming, as when the two of them are on their dates.