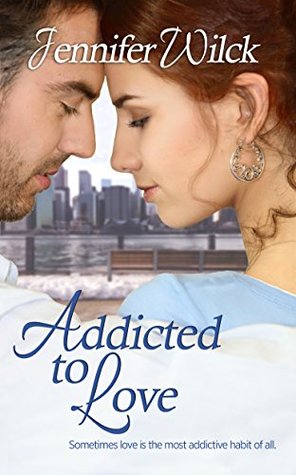 Synopsis:
Dan Rothberg struggled after an accident killed his wife and he nearly lost custody of his daughter. He can no longer allow himself to get attached to anything or anyone. Until he meets Hannah.


Hannah Cohen is a young executive with a meddlesome grandmother and a troubled brother. She’d like nothing better than to find her own Mr. Right, after too many Mr. Wrongs. A sexy older man with a teenage daughter was never in her plans.

As they navigate their relationship through adolescent attitudes and grandmotherly interference, they realize age is just a number and love can be right in front of them. But when the terrible truth of Dan’s former struggles is exposed, Hannah must decide if she can get past his deception and allow love to conquer all.

“So what’s Hannah like?” Tess sank into the chair next to him. Dan refrained from telling her to go to bed. For once she wanted to talk—he’d spend all night with her if necessary.

Tess winced. “Sounds great.” Her tone implied anything but.

Dan nudged her. “Trust me, she is. I didn’t think you’d want to hear other kinds of stuff.”

“I took her to the planetarium, and afterward, to Isabella’s.”

Tess sat up straight. “You took her there? I thought you were joking!”

“Really? Or was she just pretending?”

He paused and considered Hannah’s reaction. It hadn’t seemed fake. He’d been careful not to overload her with too much geek data, which might fascinate him but bore others. No, he was sure she’d liked it.

“Her eyes didn’t glaze over, and she pulled me along to show me things she thought were interesting. So I’d have to say really.”

“Weird. Are you going to see her again?”

This was worse than he expected, as he tried to keep from squirming in his seat under Tess’ direct gaze. “I hope so.”

“I know, Dad, but when do I get to really meet her? If you like her enough to go out with her so often, I should at least get to know her better. Invite her over for dinner.”

He glanced at his watch. “Shouldn’t you be…in bed or something?” He regretted his eagerness to talk to her. Well, that was his feeling lots of times as the father of a teenager, but this time she was talking about Hannah. And for some reason, she made him feel like his mother was interrogating him, rather than his daughter. He needed to regain the upper hand. Somehow. “Dinner’s a good idea, Tess. Just not right now.”

“Why not? You’re a good cook. Everyone has to eat. You can invite her here, impress her with your culinary skills, and she and I can get to know each other better. What’s the problem?”

The idea had so many problems her compliment didn’t hit him until after.

Damn. He ran a hand through his hair and remembered he needed a haircut. Turning in his seat, he grabbed his phone and added it to tomorrow’s to-do list. “Tess, I think it’s too soon in our relationship for this to happen.”

“Too soon? What’s too soon about it? You’ve been dating a couple of weeks, right?”

“So, it’ll look weird if you keep me hidden away, like Mr. Rochester’s wife.”

She grinned. “I thought you’d appreciate it. As my reward, I think you should listen to me. I could always come with you somewhere if you don’t want her at the apartment.”

Letting out a sigh, he faced her. “Like a chaperone? Oh, sounds fun. Come here.”

She stood and he pulled her into a hug. “I’ll think about it. I’m glad you’re okay with the idea of me dating.”

Tess shrugged. “I don’t know. I mean, Hannah seems nice, but do you have time to date? You always tell me how busy you are.”

He pulled her into another hug. “No matter what I do, I’ll always have time for you. I promise.” 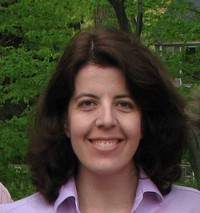 When I was a little girl and couldn’t fall asleep, my mother would tell me to make up a story. Pretty soon, my head was filled with these stories and the characters that populated them. Each character had a specific personality, a list of likes and dislikes, and sometimes, even a specific accent or dialect. Even as an adult, I think about the characters and stories at night before I fall asleep, or in the car on my way to or from one of my daughters’ numerous activities (hey, anything that will drown out their music is a good thing).
One day, I started writing them down (it was either that or checking into the local mental hospital—the computer was way less scary) and now I'm a published author. My first book, A Heart of Little Faith, was just declared a Finalist in the Fiction: Romance category of the 2016 Best Book Awards.
In the real world, I’m the mother of two amazing daughters and wife of one of the smartest men I know. I enjoy spending time with my family and friends, reading, traveling and watching TV. In between chauffeuring my daughters to after-school activities that require an Excel spreadsheet to be kept straight, I run youth group activities, train the dog we recently adopted from a local shelter, and cook dinners that fit the needs of four very different appetites. I also write freelance articles for magazines, newspapers, and edit newsletters.
When all of that gets overwhelming, I retreat to my computer, where I write stories that let me escape from reality. In my made-up world, the heroines are always smart, sassy and independent. The heroes are handsome and strong with just a touch of vulnerability. If I don’t like a character, I can delete him or her; if something doesn’t work, I can rewrite it. It’s very satisfying to be in control of at least one part of my life. My inspiration comes from watching the people around me and fantasizing about how I’d do things differently.