Normally I like to do about 10 of these at a time, but the I loved the last one I'm going to review so much, that I had to go ahead and post a review!  So, here goes!

The Opposite of Wild (Clover Park #1) by Kylie Gilmore: 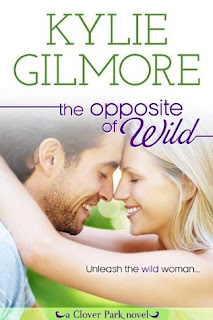 Ex-cop Ryan O'Hare takes one look at buttoned-up control freak Liz Garner and just itches to loosen the woman up. Not that he’s into her. Because a woman like that comes with way too many expectations. Not to mention, she practically works for him, and he didn’t hire Liz to watch after his beloved Harley-stealing Gran so he could turn Liz loose in his bed. Still, there’s something about her, a hidden wild side, that makes him wonder what it would take.

Liz must be crazy to work for the insensitive, arrogant, horribly…hot man she's avoided for years. Unfortunately, she needs the money and Ryan's grandmother needs a keeper. (Midnight tango lessons and ziplines with Gran, anyone?) Ryan's rare smile and swaggering confidence have Liz torn between throwing her favorite pinot grigio at his head or throwing herself at him. Can this control freak find a way to let loose with the tough, no-strings guy who once broke her heart?

This was a quick easy read.  Nothing too remarkable about it.  I might try more in the series.  We'll see. 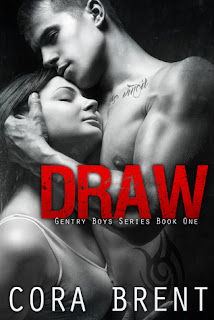 “All my life I’d always known what the Gentry boys were. A set of fraternal triplets born to a depraved family, they were rough, sexy and wild as wolves."

Saylor...
I don’t even know if love is real. After running from the bastard who brutalized me, I limped back to Arizona, choosing a vibrant college town in the hopes of starting over. I never expected to find him there.
Cord Gentry.
He and his brothers were tough, lusty forces of nature I’d known since childhood. Years ago, Cord seduced me as a sick game. I’ve hated him ever since. Now here he is again, a man who beats other men bloody for money.
Cord has always been heartless, dangerous, not to be trusted.
And I want him so much I can’t think.

Cord...
They called us ‘those white trash Gentry boys’ until we believed that’s what we were. Our people squatted at the edge of a hellhole prison town for generations. The childhood we endured was the stuff of nightmares. I’d learned early on that my brothers, Chase and Creed, were the only people on earth worth my time.
They all told us we were bad, that we’d always be bad.
The horrors of the past have scarred my soul.
But now I need to be better.
For her.

This one I really enjoyed.  I loved the triplets, they were pretty funny, and so fun to read about.  Several things about the story I liked.  Saylor saying her story wasn't finished yet, really hit me, as I feel that way as well.  What the author surprised me with about Millie was also just great!  I love that the author did that.  I look forward to reading on in the series, and finding out what will happen for the other two Gentry boys, Chase and Creed. 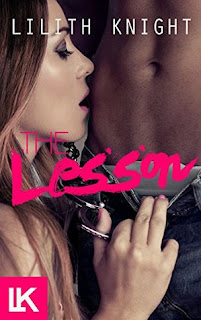 To steal her ex back, Emma needs to learn how to please a man in a way that brings him to his knees. Cole's the kind of man that knows how to teach a woman that spending time on her knees will have her ex crawling back on his.

This was a very quick, very sexy read.  Fun for sure.  A little bit more to the story than the description above makes it sound like.  I might read on in the series.


Luck on the Line (On the Verge #1) by Zoraida Cordova: 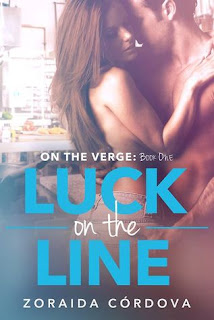 Despite her name, Lucky Pierce has always felt a little cursed. Refusing to settle for less or settle down, she changes jobs as often as she changes boyfriends. When her celebrity chef mother challenges her to finish something, Lucky agrees to help her launch Boston’s next hot restaurant, The Star. Even if it means working with the infuriating, egotistical, and undeniably sexy head chef.

James loves being known as Boston’s hottest bad boy in the kitchen, but if he wants to build a reputation as a serious chef, he has to make this restaurant work and keep his scandalous past out of the headlines. Getting involved with his boss’s spoiled, sharp-tongued daughter is definitely not on the menu.

As the launch of The Star looms and the tension and chemistry heat up in the kitchen, they’re going to need more than a little luck to keep everything from boiling over.

I chose to read this one because I am going to get the chance to meet this author at the end of this month, and it was a free/cheap ebook, so I figured I'd give it a try.  It was a good read.  There were some things I didn't like, about the guy really, but overall, it was definitely a sexy read, with some good emotions.  If I can get a hard copy of this when I'm at the convention, I'll definitely get it autographed.

Now, get ready for some fangirling!! 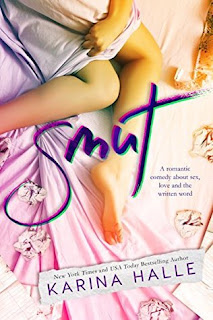 Smut is a standalone, tongue-in-cheek romantic comedy from the NYT bestselling author of The Pact.

All Blake Crawford wants is to pass his creative writing course, get his university degree and take over his dad's ailing family business. What Amanda Newland wants is to graduate at the top of her class, as well as finish her novel and prove to her family that writing is a respectful career.

What Blake and Amanda don't want is to be paired up with each other for their final project but that's exactly what they both get when they're forced to collaborate on a writing piece. Since Amanda thinks Blake is an arrogant jerk (with a panty-melting smirk and British accent) and Blake thinks Amanda has a stick up her (tight, round) bottom, they fight tooth and nail. That is until they discover they write well together. They also might find each other really attractive, but that's neither here nor there.

When their writing project turns out to be a success, the two of them decide to start up a secret partnership using a pen name, infiltrating the self-publishing market in the lucrative genre of erotica. Naturally, with so much heat and passion between the pages, it's not long before their dirty words become a dirty reality. Sure, they still fight a lot but at least there's make-up sex now.

But even as they fall hard for each other, will their burgeoning relationship survive if their scandalous secret is exposed or are happily-ever-afters just a work of fiction?

NOTE ABOUT THE BOOK: Smut has coarse language and many explicit scenes of a sexual nature (sensitive readers be advised). However, the title of Smut is tongue-in-cheek, and this book should not be considered erotica.

I don't even know where to start.  I have found a new author that I am in love with!  Even cooler was realizing that she will be at Apollycon in March where I get to be!  The story was a cute one, the characters were fun, and I really enjoyed reading them.  The sex scenes were definitely hot, but also, as the little note above says, not probably considered erotica.  I love when they're writing the books, it even made me think maybe I want to try to write a book like that for fun, it is the popular book, the one that I seem to be reading a lot of lately.  There was one scene, a sex scene in the library, that man, I was sitting on my break at the bookstore when I read it, and it was really hard to keep it out of my mind afterwards.  It was HOT!  And I loved the guy's fear of spiders, and his dislike of Benedict Cumberbatch was hilarious.  I loved that both characters were nerdy, even going to a LARP day.  And then there is the author's little afterward at the end of the book. She sounds totally like the kind of nerd I am.  Plus, the reason she gave it the title she did, and how she hates how people call all romance smut, and look at it as being bad, that was just a really great bit to read.  I loved this book, can't wait to read more by the author, and am definitely cooking up new ideas for possible NaNoWriMo stories this year!
Posted by Lisa Mandina at 7:00 AM