5 True Ghost Stories - Promo Post and Giveaway: The Women in the Walls by Amy Lukavics 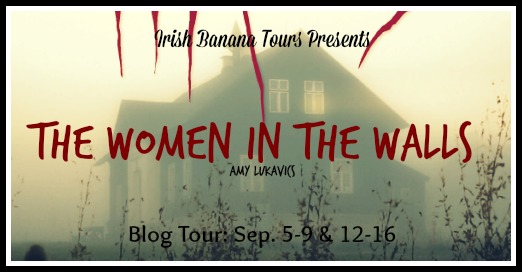 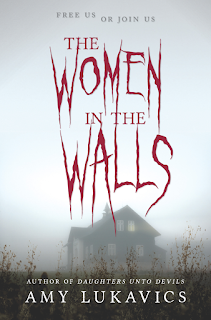 ABOUT THE WOMEN IN THE WALLS:
Lucy Acosta's mother died when she was three. Growing up in a Victorian mansion in the middle of the woods with her cold, distant father, she explored the dark hallways of the estate with her cousin, Margaret. They're inseparable—a family.

When her aunt Penelope, the only mother she's ever known, tragically disappears while walking in the woods surrounding their estate, Lucy finds herself devastated and alone. Margaret has been spending a lot of time in the attic. She claims she can hear her dead mother's voice whispering from the walls. Emotionally shut out by her father, Lucy watches helplessly as her cousin's sanity slowly unravels. But when she begins hearing voices herself, Lucy finds herself confronting an ancient and deadly legacy that has marked the women in her family for generations. 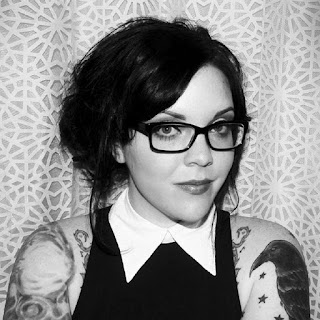 Ever since she was little, Amy was especially intrigued by horror books and movies. Raised in a small mountain town in Arizona, she sustained herself on a steady diet of Goosebumps, Fear Street, and Scary Stories to Tell in the Dark books before discovering Stephen King in her mother's bookshelf.

Amy lives with her husband, their two precious squidlings, and an old gentleman cat by the name of Frodo. When she isn't writing, she enjoys cooking, crafting, and playing games across many platforms.


I was so excited to get to be a part of the tour for what sounded like an extremely scary story.  I have always been fascinated with ghosts and the paranormal.  I remember going to the public library when I was in middle school and checking out all the books on true poltergeist and ghost stories that I could find. As I got older, I enjoyed fiction books, as well as movies on the same topics.  In more recent years I have been a fan of the tv show Paranormal State, even getting to meet some of the crew, such as Ryan Buell and Sergey Poberezhny.  I've also gone and stayed at a haunted bed and breakfast, the Mason House Inn, where I learned more about research and contacting spirits and other paranormal activity from Chris Moon.  For my stop on the tour, I've gathered five real ghost stories, or other evidence people use for paranormal activity, such as EVP, since today's book that I'm promoting is about spirits speaking to the characters. 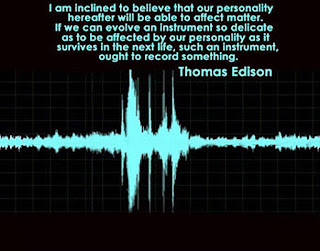 EVP or Electronic Voice Phenomenon are sounds found on electronic recordings that are interpreted as spirit voices that have been either unintentionally recorded or intentionally requested and recorded.  One website that has several samples of recordings of these voices is the Association TransCommunication.  If you go to their website HERE, you can click on some of those recordings and listen to them and see what you think! 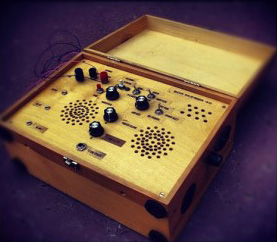 I mentioned a paranormal research class I took with Chris Moon above.  Chris uses something he calls for short, "Frank's Box", or more technically, the Spirit Phone, to communicate with spirits.  According to Chris's website HERE, this is a device made based on Thomas Edison's telephone to the dead that can be used by someone who is a psychic medium for two way conversation with the spirits.  I have been present at one of his sessions.  While I don't know for sure what I heard, there were definitely some things that were pretty creepy and sounded like they could be what he suggested.  This is not necessarily the same as EVP, as you hear the voices as it goes for the most part, instead of going back and hearing them on a recording later on. 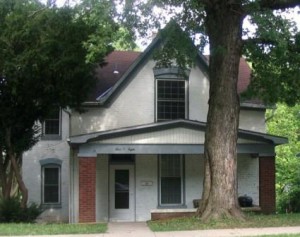 No, it doesn't look that scary from the picture, but the Sallie House in Kansas is well-known among the American paranormal community.  When I met Ryan Buell from the Paranormal Research Society, he told me of having visited the house, and having been scratched and knowing that it was not a "friendly" spirit in the house.  There is one website that is run by a couple that rented and lived in the house at one time.  It is called the Official Sallie House website, and does have lots of information, both history of the house, as well as evidence of investigators - including some EVPs.  If you are brave enough after reading about the activity there that you would still like to go visit the home yourself, the Atchison Tourist group has a way you can sign up for self-guided or guided tours, or even overnight stays HERE! 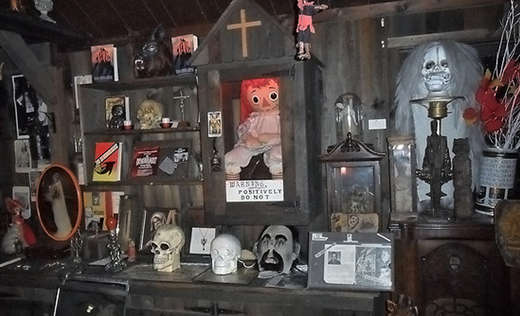 Okay, if you are a scary movie lover like I am, then you've probably seen the two Conjuring movies about Ed and Lorraine Warren.  Or if you wanted Paranormal State, then you saw Lorraine working with those investigators several times.  In the first The Conjuring movie, at the beginning you learned about a possessed doll named Annabelle, which then got it's own movie, which I don't believe that was based on any true story though.  While in the movie the doll is what you'd think of for a scary movie's creepy doll, in real life it is the Raggedy Ann doll that you see in the picture above.  The Warrens have worked on many big name cases besides the ones that have been shown in the movies, and they put most of the items that came from those cases kept in a museum that is basically in a room off of their house.  You are able to go visit that museum, and even participate in different events to learn more about their different cases, including the infamous Annabelle.  If you're interested in learning more about the Warrens, their cases, or their museum, you can go that website HERE. 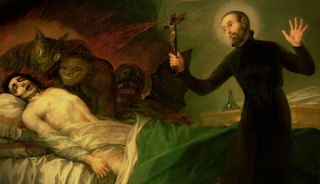 One thing you also see in a lot of movies is exorcisms when a priest will try to get a demon out of a person that they are possessing.  There are many famous movies about this, and many of those are actually based on true stories.  Examples are The Exorcist (which has more than one supposed story it is based on, see other one HERE), The Exorcism of Emily Rose, and now there is even a documentary about more modern day situations called The Exorcist in the 21st Century.  Exorcisms are not widely practiced, and the Vatican doesn't really publicize that they are something they condone.  I haven't watched the documentary I listed above, but am definitely interested in seeing it now that I've found out about it through my research for this post.

So, are you interested in reading this book now?  How about hopping along to some of the other posts on the tour for some other interesting posts:

GIVEAWAY:
a Rafflecopter giveaway
Posted by Lisa Mandina at 6:30 AM