These two novellas were up for free or really cheap and so I downloaded them and had to read them right after I finished the first book in the series, The Wrath and the Dawn, last month.  I enjoyed these, although they were so short.  Yeah, I know they were novellas. But they just barely grabbed me and then they were over.  Here are very quick summaries of each one. 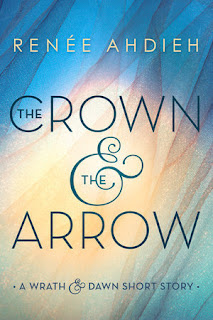 This one just introduces us to Khalid, the ruler, the one who would take a bride each night, and then she would be hung the next morning.  It leads us up to his first meeting with Shahrzad, letting us in on just how much his first meeting with her affects him, and how it starts this last marriage off different.  And then it's over.  :-( 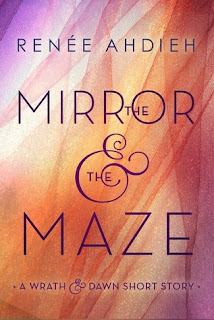 This one takes place right after the first book. When Khalid is journeying back to his kingdom, only to find that it is on fire.  He is so afraid that his town has been overrun by his enemies, but when he gets there, he finds out that it isn't, just that everything is burning, after there has been a very strange storm with lightning that caused all of it.  And not only that, he finds out that his wife, the one who has lasted longest, who he finds himself falling in love with, Shahrzad, has disappeared, taken, to safety supposedly, by the man that he does not trust in any way, the man that she grew up with, and had been betrothed to.  This one was so hard to read.  Knowing what I knew from the book, and really being in love with Khalid for Shahrzad, I am left wanting to cry, and ready to read on in this series.
Posted by Lisa Mandina at 7:00 AM

Email ThisBlogThis!Share to TwitterShare to FacebookShare to Pinterest
Labels: e-novellas, Renee Ahdieh, The Crown and the Arrow, The Mirror and the Maze, The Wrath and the Dawn