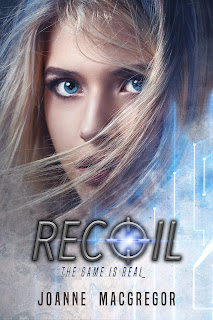 Three years after a series of terrorist attacks flooded the US with a lethal plague, society has changed radically.

Sixteen year-old Jinxy James spends her days trapped at home – immersed in virtual reality, worrying about the plague and longing for freedom. Then she wins a war simulation game and is recruited into a top-secret organisation where talented teenagers are trained to become agents in the war on terror. Eager to escape her mother’s over-protectiveness and to serve her country, Jinxy enlists and becomes an expert sniper of infected mutant rats.

She’s immediately drawn to Quinn O’Riley, a charming and subversive intelligence analyst who knows more about the new order of government and society than he is telling. Then a shocking revelation forces Jinxy to make an impossible decision, and she risks losing everything. 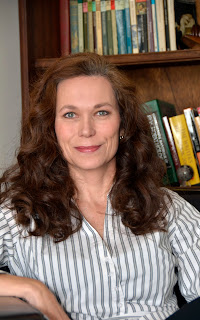 When not writing, Joanne Macgregor is a counselling psychologist in private practice where she works mainly with victims of crime and trauma. Although she lives in the frenetic adrenaline-rush of the big city, Joanne has always been in love with nature, and escapes into the wilds whenever she can. She's a Harry Potter fanatic, bakes the best choc-chip cookies on the planet, and is addicted to chilies and bulletproof coffee. She started her professional life as a high school English teacher and loves writing about, and for, teens. She is the author of several books for Young Adults - Scarred (2015), Turtle Walk (2011), Rock Steady (2013), and Fault Lines (2016).
Author website: www.joannemacgregor.com
Twitter: @JoanneMacg
Facebook: Joanne Macgregor

Giveaway:
a Rafflecopter giveaway
Posted by Lisa Mandina at 7:00 AM