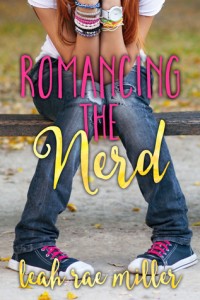 Dan Garrett has become exactly what he hates—popular. Until recently, he was just another live-action role-playing nerd on the lowest rung of the social ladder. Cue a massive growth spurt and an uncanny skill at taking three-point shots in basketball and voilà...Mr. Popular. It's definitely weird.

And the biggest drawback? Going from high school zero to basketball hero cost Dan the secret girl of his dorky dreams.

A band geek with an eclectic fashion sense, Zelda Potts's “coolness” stat is about minus forty-two. Dan turning his back on her and the rest of nerd-dom was brutal enough, but when he humiliates her at school, Zelda decides it's time for a little revenge—dork style. Never mind that she used to have a crush on him. Never mind that her plan could backfire big time.

It's time to roll the dice...and hope like freakin' hell she doesn't lose her heart in the process. 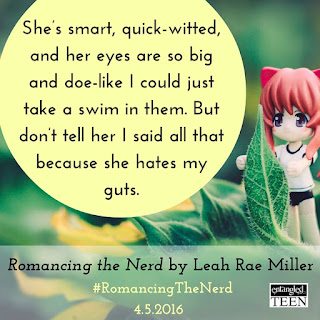 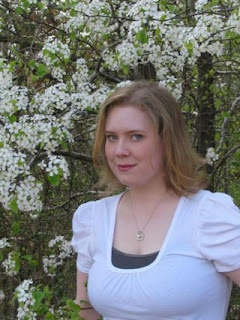 About the Author:
Mother, wife, and YA author living on a windy hill in Louisiana. I love fuzzy socks, comic books, cherry coke, and brand new office supplies. THE SUMMER I BECAME A NERD released Summer 2013 and ROMANCING THE NERD released in Spring 2016 from Entangled Teen. 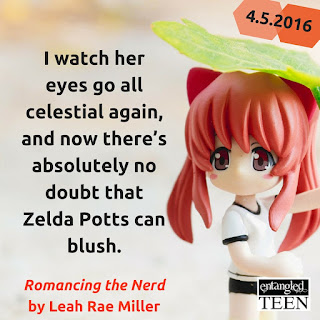 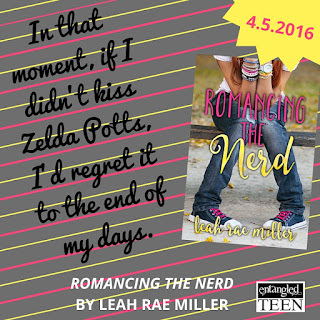 Read below for an excerpt from Zelda's POV:

A tingle runs down my spine and stops in my stomach where it seems to bounce around, ping-ponging all over the place. My determination melts away and I grin. It’s a familiar grin, the kind that happens when a gif of a hot guy holding a puppy pops up on my Tumblr feed. But it feels unfamiliar in these circumstances. In real life. Caused by and directed at him.

Read below for an excerpt from Dan's POV:

One side of Zelda’s mouth lifts in a defiant grin and her hazel eyes go from plain to nebula-like. My mind is telling me that the attraction I’m feeling can be chalked up to hormones and instinct. The rest of me just wants to see if her lip gloss doesn’t only smell like cotton candy but tastes like it, too. 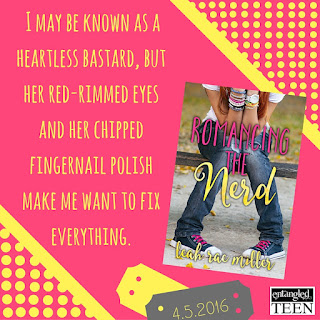 On the outside, seventeen-year-old Madelyne Summers looks like your typical blond cheerleader—perky, popular, and dating the star quarterback. But inside, Maddie spends more time agonizing over what will happen in the next issue of her favorite comic book than planning pep rallies with her squad. That she’s a nerd hiding in a popular girl’s body isn’t just unknown, it’s anti-known. And she needs to keep it that way.

Summer is the only time Maddie lets her real self out to play, but when she slips up and the adorkable guy behind the local comic shop’s counter uncovers her secret, she’s busted. Before she can shake a pom-pom, Maddie’s whisked into Logan’s world of comic conventions, live-action role-playing, and first-person-shooter video games. And she loves it. But the more she denies who she really is, the deeper her lies become…and the more she risks losing Logan forever. 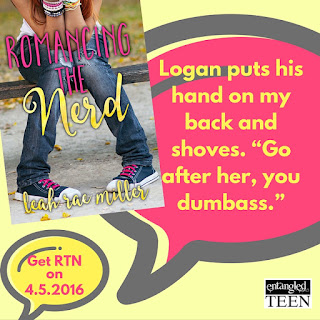