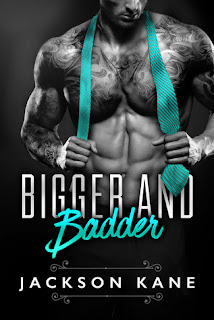 I just recently found this author, but I found him first as a cover model.  I'd been following him on Facebook for awhile, and when the opportunity came up to read his book, I definitely volunteered.  And I have to say I was not disappointed in the least!  As far as I know, I've only read romances by women authors before.  There were a few things that kind of stood out as a man having written this, but not in any way that made the story bad.

There are two main characters that we get the story from, Judy and Garrett.  The start of the story we see the "meet-cute" between the two.  It's at a masquerade ball and while the two have a really nice dance and time, Garrett soon leaves, and goes on with his life.  The two of them didn't really know who the other was at the time.  But when Judy's town is trying to save itself by building a stadium, they call Garrett in to try to finance their plan to save the town.  Garrett is sure from the very start that there is no way he can help this town.  It isn't until Judy shows up, and he sees something about her, that he decides he will give her the chance to convince him, especially when she immediately pegs him as a conceited jerk.  Garrett's life is already pretty full, with many reasons for him to be pretty conceited.  He's been a champion football player, he's a billionaire, and all of this before the age of 30.  He does have a young daughter though, and she comes first.

The three days that Judy has to convince him seem to go pretty well, until at the end the town refuses to accept the terms he puts out in order for him to help.  And when that happens, someone else swoops in to "help" the town. But really, they don't plan to help, they plan to let the town sink, and he intends to make it so that it seems it is all Garrett's fault in the end.

Garrett will have to decide just how much Judy means to him, and if he is able to save the town and still reach his goals before the age of 30.  Judy will have to figure out how to deal with what is in Garrett's life, and what his being back has changed in her life.

This second chance romance was a good one.  There were definitely some very hot and sexy scenes.  I really enjoyed this book, and look forward to reading more.