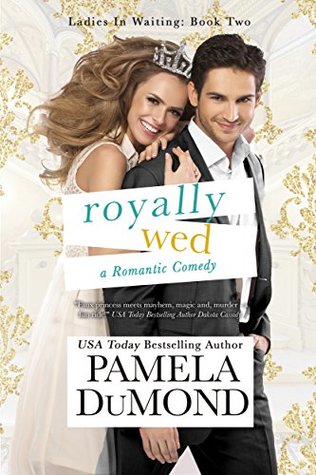 
Ring the wedding bells, pour the champagne, and get thee to the cathedral for Royally Wed, the LOL sequel to Part-time Princess (Ladies-in-Waiting, #1)!
Lucy Trabbicio, former cocktail waitress and down-to-earth American commoner, is about to marry the man of her dreams, Prince Nicholas of Fredonia in the posh royal wedding of the year.
But something goes very wrong on the way to the altar. Now it’s up to Lucy, her party-hard, take-no-prisoners Ladies-in-Waiting, and Nick’s opinionated Royal Nana to solve the debacle, and get her back into sexy Prince Nick’s arms in time to be Royally Wed, as well as royally bed.
A modern day, sexy tale with romance, twists and turns, laughter, and a whole lot of hanky-panky! 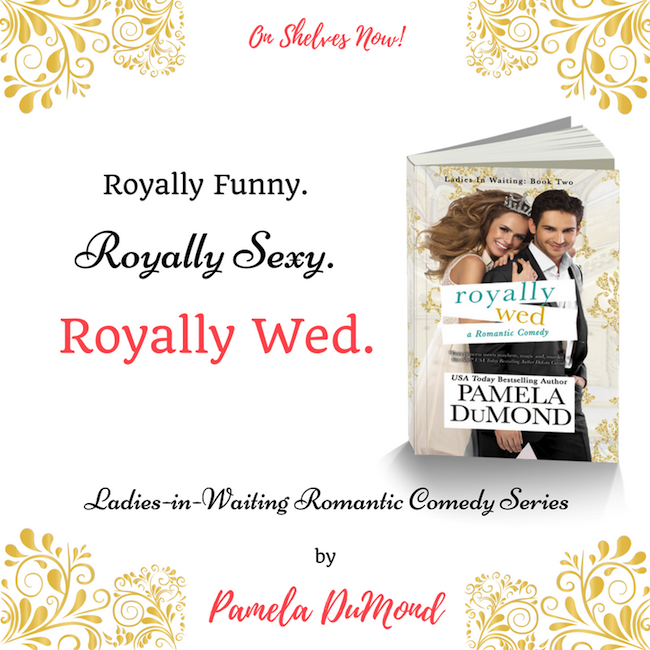 EXCERPT:
“Hang on.” Cheryl slipped a silver flask from the bustle of her bridesmaid dress. “This is cause for celebration. We don’t get to cheer on one of our own all that often. We’re always stuck buying fancy presents for the girls getting married who we don’t care that much about because we know they don’t care that much about us, either.”
“Here, here!” Joan said as Cheryl took a shot from the flask.
“And then,” Cheryl said and wiped her mouth on her sleeve, “those bitches complain behind our backs, but we always find out about it through the royal grapevine, that we should have bought them a pricier item on their registry. So here’s to our Lucy, who we care about, who would never say bitchy things behind our backs.”
“I’ll say them straight to your face.”
“That’s one of the reasons I like you. Here’s to Lucy’s wedding day.” She slugged back a shot and handed it to Joan. “May it be everything you ever dreamed and more.”
“Cheers!” Joan knocked back a shot and handed it to Alida.
“Salute!” She took a sip, grimaced, and passed it to Mr. Philips who took a quick sip.
“Nicely done, ladies. Prince Harry’s Private Reserve?”
Cheryl nodded. “I don’t skimp for weddings.”
“You don’t skimp for anything.” Esmeralda took the flask from Philips and downed a shot, then dabbed a little behind her ears and on her cleavage. “One of the reasons I like you.”
“You’re wasting good liquor,” Mr. Philips said.
“I prefer to think it’s an investment. The scent of Prince Harry’s Private Reserve is practically an aphrodisiac for any titled man at a wedding reception,” she said and passed the flask to me. “I’m tragically single, you know.”
“Not so tragic,” Cheryl said. “You told me you never wanted to get married.”
Esmeralda put her finger to her lips. “Shh!”
“No thanks on the shot.” I shook my head. “The Champagne finally wore off. I’m only getting married—for real—once. I’m not walking down the aisle tipsy, let alone with scotch on my breath.”
“But you have to,” Cheryl said. “It’s tradition.”
“Not where I’m from.” I grabbed a bottle of Fredonia Mineral Water, raised it high in the air, and toasted my Ladies-in-Waiting and the boys. “Cheers!” I took a healthy slug.
“Dios mio!” Alida exclaimed.
“Merde!” Joan said.
“Crap!” Esmeralda leapt toward me and knocked the bottle out of my hands. It flew across the room, splattered Mr. Philips tuxedo trousers and landed open-mouthed on his shoe as it poured out.
He stared down at it and sighed.
“Why’d you do that?” I asked.
Alida crossed herself. “Don’t you know, Lucy?”
Cheryl’s face turned ashen. “It’s terrible luck to toast with water.”
“That’s just an old wives tale,” I said and waved my hand at them. “Go forth and march down that aisle now because I am finally getting married. My worries are over. Does anyone have any chocolate? I’m a little lightheaded. Probably my low blood sugar. I’m good. I’m ready. Besides, what could possibly go wrong?” 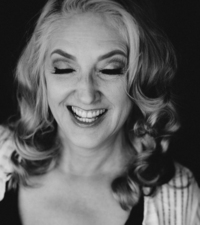 Pam pitched Erin Brockovich's story to 'Hollywood'. ERIN BROCKOVICH the movie earned 4 Academy Award nominations, and Erin became a household name for environmental activism.
Pam writes Romance, YA, Mysteries, and even Self-Help. All her stories have humor and heart.
She's addicted to TV shows -- The Voice, The Blacklist, and GOT. She likes dogs and cats equally, prefers her coffee strong, her cabernet hearty, her chocolate dark, and her foods non-GMO. She lives for a good giggle in Venice, California with her fur-babies.
Sign up for her NEWSLETTER for info on upcoming books, deals, and special events on her website at www.pameladumond.com and check her out on Facebook at PamelaDuMondAuthor. 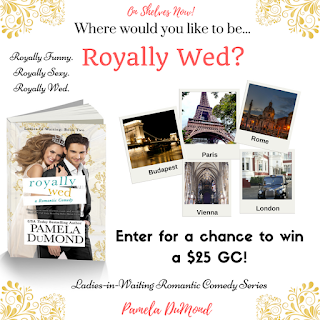 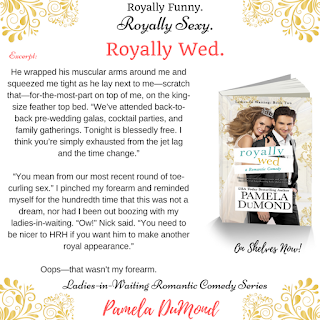