About the Book:
Ascendancy by Karri Thompson
Published by: Entangled Teen
Published on: November 30th, 2015
Genre: YA Dystopian 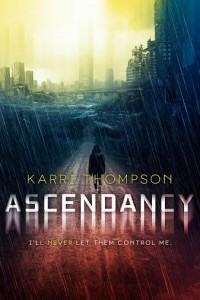 I’ve been lied to, deceived, and manipulated once again. I shouldn’t be surprised, but in a way I am. You’d think I’d be treated with dignity, my every desire fulfilled by those who need me the most. But instead, they plan to control me, keep me hidden, and force me to be complacent while I give birth over and over again.

Hell, I’m the one who’s supposed to save humanity, right? I’m the one with the power to re-populate this world of clones, my ancestors who were produced from harvested DNA.

Michael. He loves me. At this point, he may be my only friend. There may be others. Tension is building in the regions. A secret sect is growing. A rebellion is imminent.

My awakening into this future should have been my savior, my renaissance, my ally.

But instead, it has become my plague. 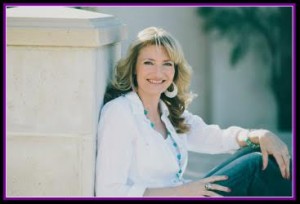 Karri Thompson, a native of San Diego, California, grew up hanging out at the beach, playing sports, and eventually attending San Diego State University where she earned her bachelor’s degree in English and master’s degree in education.  When she’s not nerding out at San Diego Comic-Con or watching Star Wars and The Lord of the Rings movies for the umpteenth time, she can be seen doing normal people stuff like teaching high-school English, cooking delicious meals for her family (she attributes all of her culinary skills to the Food Network), and attending her son’s football games.  In her spare time, she writes young adult and new adult fiction, her biggest passion, and loves listening to hard rock music and going to concerts.  She hopes to live long and prosper, and that you will, too.

I do know the whole story when I start, and I write by the seat of my pants. The Van Winkle Project series was a three book deal, so with ASCENDANCY, I came up with the basic story in my head and then wrote it. I’ll do the same for book 3, RELEGATION (working title). With new ideas that I’m not contracted for, I do write a one- page synopsis for it, so I can get my agents opinion first before I write it. If my agent thinks she can sell it, then I’ll write it without an outline or notecards, etc. It may also end up quite different from the synopsis.

The idea for the Van Winkle Project series came to me because there are so many people I wish I could have met, but I couldn’t because they died before I was even born. Without giving away a plot twist, I can say that I make this happen in this series J.  I have an idea for a stand-alone sci-fi. I’m not really sure how I came up with that one. I was just thinking about a unique place for a romance to occur. New story ideas just kind of come to me. Anything can triggers them.

I’ve been writing short stories since the third grade. I used to write them down in a spiral notebook. I’d also draw pictures to go with them. I’m not sure what happened to that notebook. I wish I still had it. When I was in college, I took a “writing of fiction” class, and that class helped hone my craft and develop my passion for writing even more. In 2003, I wrote my first book, determined to get it published, and it eventually was. I’ve been writing professionally ever since.

Read as many books in your genre as possible, attend writing workshops, and once you have a first draft, join a critique group. Writers learn so much from reading and editing each other’s work. Do your research. Query agents who are looking for your genre, and make sure your query letter is free of mechanical errors and typos. In addition – don’t give up!

5. When writing science fiction, do you feel the science needs to have some real facts to be based on?  If so, how much research do you do?

For The Van Winkle Project series, it was very important that my science facts about cryogenics and DNA were accurate. If the technology is available today, there is no reason why it can’t be described realistically in a book. I did a lot of online research for mine. Some of the things that happen in the series I had to just make up though, since the books take place in the future, and the science for those things (flying cars, laser pistols, etc.), don’t exist in our century.

All of the Harry Potter books and The Lord of the Rings trilogy are my favs. Sci-fi/fantasy are my favorite genres. I love Charles Dickens. Victorian literature rocks!

The Lord of the Rings movies. TV shows - The Walking Dead, Game of Thrones, and Sherlock

The Giveaway:
A signed copy of Ascendancy by Karri Thompson; open US only