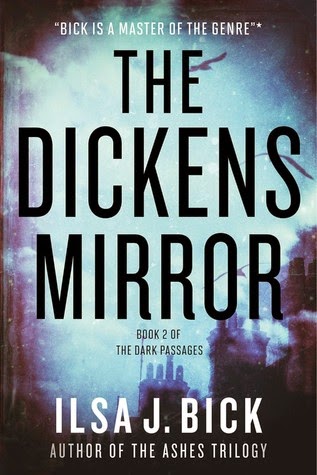 First I will thank Netgalley and Egmont USA for allowing me to read an e-galley of this.  I'm very happy that this e-galley was much easier to read than the e-galley for the first book, White Spaces, was.  I ended up waiting several months, almost a year actually to finish reading the first one because of how difficult it was to read in the e-galley format.  I'm going to also say that it was probably good that I read them both so close together.  These books are very, dense you might say. The story is very intricate and it isn't one you can skim.  It was kind of hard to try to read while my dog was being a pain in the butt as well.  But once I was able to just zone out the rest of the world and read, I was sucked in.  I did a PART ONE of this review on Tuesday to be part of a Blog Hop tour to support the author now that Egmont USA has shut its doors.  So this will be a quicker review of how it ended up without spoilers for the most part, along with mostly my overall opinion of the book.

If you read my first part, you know that I said most of the story took place back in an alternate London, and that there wasn't as much of the physics as there had been in the last part of the first book.  However this changed.  We still spent most of this story in that alternate London, but now the science stuff really started back in.  As more of the characters from the first book got brought to this "Now" by the woman wearing the panops, Emma, who was now inside the Elizabeth, or her older self was in this Elizabeth, Emma starts seeing the physics theories and facts she was catching onto in the first book.  We learn who this strange woman is, and it is a bit of a surprise. There are characters in this book that are what you'd think of as bit players or extras in a movie.  But in the book/story they are formless/faceless at some points.  Placeholders basically as they aren't important to what the author is trying to say.  We learn more about Lizzie's family, her father, mother, and just what they each did for the stories and peculiars as they are in the real world.  But the book definitely makes you wonder which reality is real, who are the real people, which ones are just characters in the book, and what are you reading about?  It makes you even wonder if maybe your whole life is just a book that someone is reading.

I was a bit confused in some parts, but then I wonder if it is just that the way the author wrote it, I was confused because it wasn't supposed to either be clear to all the characters, or if she wrote it in a way to make it more suspenseful and I did really understand it.

Now, originally I know I saw somewhere that this was supposed to be a trilogy.  So what I'm wondering, because of how the ending was in a way wrapping some bits up, or at least kind of circling around to parts from the beginning, will there be a 3rd part?  Or was this completed in the way it was because there may not be one now that the publishing house is closing?  I can definitely be okay with where the story ended.  But I also feel there are things that could be finished being explained and further fleshed out. And I would be willing to read another book, even as long as these are!

Now, if you think you want to read these, you can enter the giveaway below for an ARC of the first book.