Review and Book Tour: We All Looked Up by Tommy Wallach 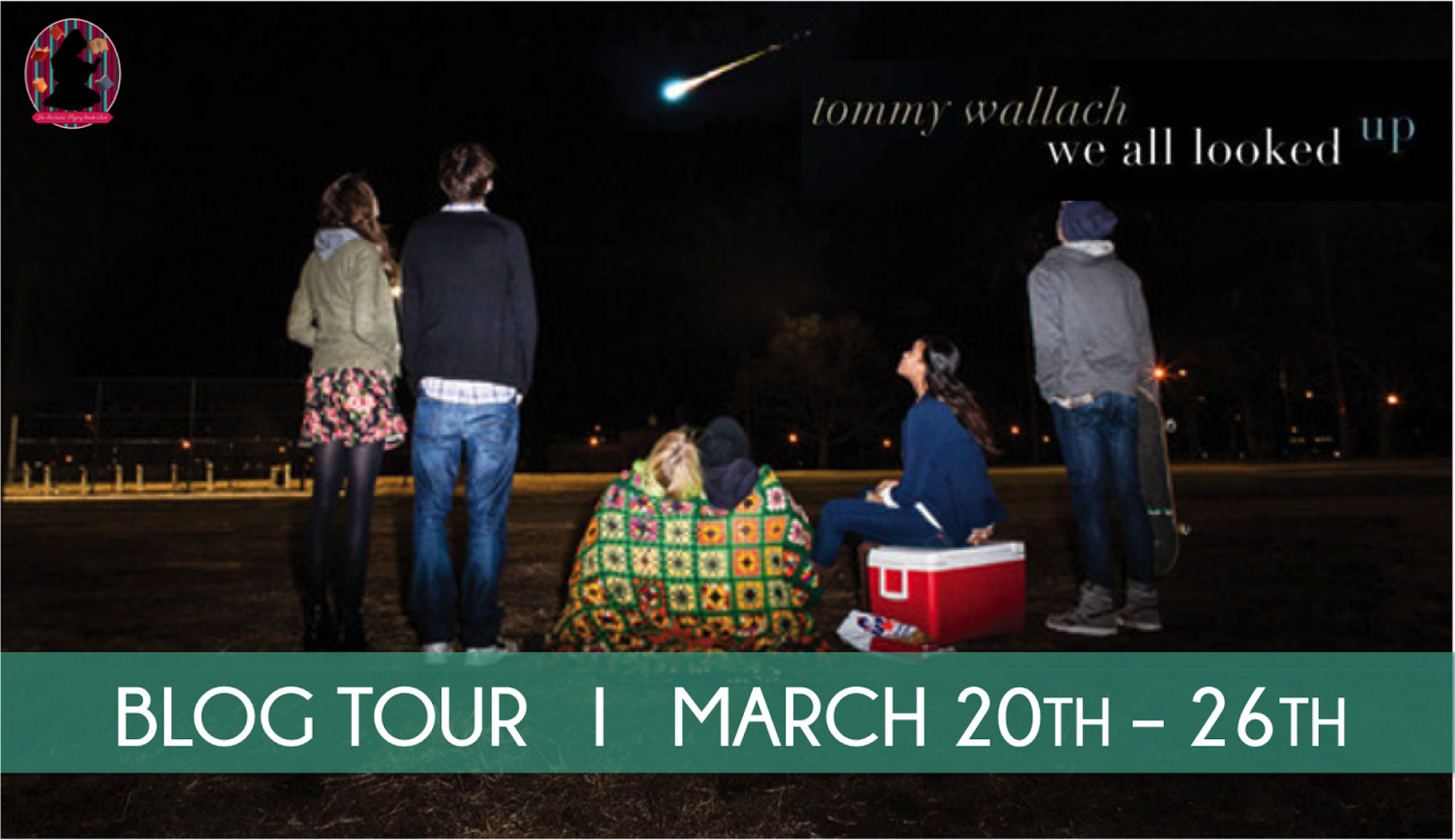 I have to say thanks to Edelweiss and Simon and Schuster Books for Young Readers for allowing me to read an e-galley of this book.  I was definitely intrigued by the synopsis, and then when I read the story, I definitely enjoyed it and was glad to have the chance.  Also thanks to Fantastic Flying Book Club Tours for allowing me to be a part of this tour.  You can check out the rest of the schedule for the tour HERE. 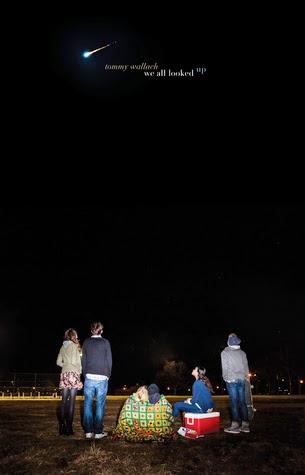 The book is told from four different viewpoints, all high school students in Seattle.  And all of them are dealing with normal teen issues like graduating from high school, as well as now an asteroid that is hurtling towards Earth and possibly ending their futures.  I know that a lot of times changes in characters can be confusing when you're reading a book. But I feel like the author did a great job, each chapter had the name of who it was, just in case, and each person has a different enough voice that you could tell who it was very quickly just by reading.

First is Peter.  Peter is the "man on campus" in that he is a star athlete, on the student council, dating the hottest girl in school, and just very popular.  But one day he is in the dark room at school, and he sees a girl, and he kisses her.  There's just something about her, so different from what he's used to, and he can't seem to help himself.  That girl is Eliza.

When Peter kisses Eliza, it doesn't go unnoticed as another girl, who is friends with Peter's girlfriend just happens to burst into the dark room in the middle of their kiss.  Thanks to that, Eliza gets a horrible reputation from the rumors that those girls then spread about her.  So she kind of gives in and becomes what the rumors say.  But her life isn't great outside of school either.  Her mother left her and her father, and her father has cancer and has to go to the hospital.

The third character we hear from is Andy.  Andy is your total slacker/trouble maker.  He is a skateboarder, and also has a not so great home life.  His dad is gone, and his mother married a rich man that they now live with.  The house they live in has one of those "mother-in-law" apartments, which he calls a ma-in-law, (which I love that nickname!), and he gets to live in that.  It also becomes a party hangout for his friends.  Where no one checks in on them.  He doesn't get much attention from his mom or stepdad.  He also has an issue with his best friend Bobo for not coming through on a pact they'd make. And he's not really a ladies man, so he will end up with a goal of finally hooking up with a girl before the asteroid, Ardor, hits.  And he settles on Eliza.

The last character is Anita.  She comes from a family that wants her to go to Princeton, and expects her to be academically superior in all ways.  Yet Anita has always felt drawn to singing.  Unfortunately her father is very rigid and won't allow it.  When her grades aren't as good as they need to be, and she only gets provisional acceptance into Princeton, she begins to wonder if she is going to be able to live with the life her father wants for her.  And with the asteroid coming, they all are really looking at their choices and futures, or lack of futures, to decide what is right for them.

As it becomes more clear that the asteroid is headed for Earth, things begin to spiral out of control in the world outside of their own lives, martial law comes, school changes, public places start closing, causing looting, and arson, as well as places catching on fire just because of all the other things going on.  These four will be thrown together more and more, into a word I learned from this book, a karass, which is a group of people linked together in a cosmically significant manner.  Andy came up with this term from when they read Vonnegut in school.  Together they must figure out how to come to terms with this future and what their feelings for themselves, each other, their families, and the world around them are.

I like that what is happening in the world seems realistic to me.  It's not mega-crazy rioting, but it is rioting.  I like that there were words used in the book that may not be easily known by all teens, but were words that they might be learning in high school.  Like karass, or gulag.  I liked how realistic the characters were. They weren't perfect, they had the real types of reactions to how others treated them, and that was perfect.  I like that the asteroid was there, but not the whole story, although the science teacher in me would have loved more about that.  I will definitely put this book on the list for books to order for the high school library where I work.
Posted by Lisa Mandina at 8:00 AM