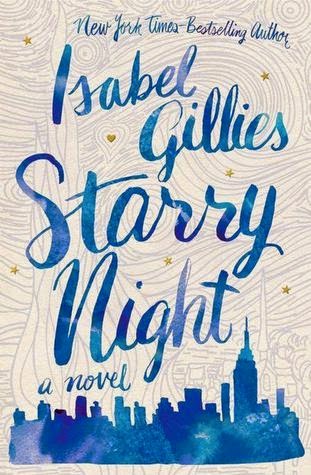 Okay, I try not to read reviews until I'm either done with, or almost done with a book.  And can I say that I am shocked by the negativity this book is receiving?  I was very lucky to get an ARC of this at BEA, and after reading it, let me say how glad I am.  I loved it.  And so while I normally don't post my whole reviews on Goodreads anymore, I will be copying and pasting this one to give some people who do look at reviews another opinion on this book.

I am not normally a contemporary fiction person, but lately I've found a few, such as this one, that I just fell in love with.  I'm going to give a quick summary of the story, then I'm going to go through and kind of refute all the bad points I've seen in reviews, as well as list anything that I thought was a positive outside of those.

The main character is Wren.  She has a group of friends who were all born about the same time, and their parents were all in a book club together.  The friends include 3 girls: Reagan, Farah, and Padmavati, or Vati for short.  And one boy named Charlie.  Wren has an older brother named Oliver, and a younger sister named Dinah, who has her very own cooking show filmed in their home.  Reagan's parents are divorced, and she gets left alone a lot.  Farah's parents seem to be gone a lot too, and Farah is into older men, well, the 20 year old camera guy on Dinah's show at first.  And Vati has had a crush on Wren's brother Oliver for as long as anyone can remember.  Wren is a unique girl, she is 15, very artistic, but also has dyslexia and ADHD.  The story begins the night of a gala at the Metropolitan Museum of Art in NYC, you might know this from the Gossip Girls show as the steps they are always hanging out on I guess?  (That's what my sister who loves the show tells me).  Wren's father is the curator of the museum, and so he is in charge of the gala. This is Wren and her friends' first time getting to go to one of these, so they are all dressed up to the nines, and there is a feeling of magic in the air.  And this is the night that Wren meets Nolan, a new friend of her brother.  And the sparks fly.  It's like love at first sight.  And everything seems perfect.  But we do know from the narration at the beginning that there will be heartbreak, so I just held on to the feel good for as long as I could.  There is friction at the beginning when on that same night, Reagan is seen going off with Oliver, which breaks Vati's heart.  And Farah makes a connection with one of the star artists that is there, a man in his 30's.  Wren decides to leave the gala with Nolan to go see a friend of his at a club somewhere in the city.  This leaving the gala leads to bit drama with the family, as Wren is grounded until Thanksgiving.  But Nolan doesn't give up.  He meets her at school, and gets her brother Oliver to help give them extra time after school.  And he even comes back to the house at one point, and tries to explain how it was his fault, to try to take some of the blame off of Wren.  Nolan seems like such a great guy.  He helps with the Vati and Oliver situation.  And when Farah seems maybe in over her head with this older guy, he helps them stage an intervention.  I won't tell you how the heartache happens, just that it is definitely sad, but probably very realistic.

Now, here are the things I saw people complaining about.  1.  The characters just seem so young.  2.  A description "root beer brown Michelangelo eyes" is making people roll their eyes. (Whatever color they may be).  3.  The writing style was bad?  4.  (In total opposition to the first point)  The way these 15 year olds were so casual about sex.  5.  Giving up your dreams for love.

Okay, first, the characters, for the most part, are 15.  Now I'm going to address points #1 and 4 above because they so obviously go together.  I have to say that I loved the characters. I felt they were perfect representations of that age.  Yes, I'm 41, so what do I know?  Well, I remember that age.  I also work in a high school, and see kids that age every day.  I like how innocent they seemed.  In fact, I remember being like that at that age, only without the boyfriend to fall in love with.  So, we can't have it both ways, they are either too young, or they're too old acting?  Which is it?  I think the point of how the sex was brought up shows the difference in kids that age.  Some 15 year olds are much more experienced, and some are less.  Even back in the 80s when I was that age, it was like that.  Watch the movies from that time. Sixteen Candles?  And Farah, while she acted all cool, and like the older man was no big deal.  When the intervention took place, I think it was so honest and accurate how she responded.  And Wren thought once a month was probably normal, although when she would be near Nolan, she thought she might want to have sex more often.  Wow, have people never felt that way about a guy they were around when they were first in love?  I have.

Number 2 point, the descriptions.  Okay, maybe I was just reading for the story mainly, but I don't even know where the root beer brown eyes part was.  I didn't even notice it.  I have seen so much worse description.  (Fifty Shades of Grey anyone?)  All the descriptions fit in well with the book for me.  None stood out so horribly for me.  Again, as I mentioned earlier, maybe because I knew the heartbreak was coming, I wanted to hold on to those sweet bits as much as possible, and it made them even more sweet, no matter how eye-roll inducing they may have been for others.

Number 3 point.  I don't think the writing was bad, as I said, I was hooked. BUT, I will totally agree with the bit about not using contractions. That is one thing that always bugs me. When you write dialogue, ESPECIALLY in a teen book, it won't flow easy as I read if it doesn't sound like normal speech.  Here is an example:  "I do not know why this is happening."  In real every day speech, it would be "I don't know why this is happening."  Such a simple change, but one that really does make a difference when reading.  So I'll concede on that bit, but not that the writing was bad.  But then people say the writing is bad for Twilight too, and those books sucked me in, so I think sometimes "bad" writing may all be in the eye of the beholder (or reader as it may be in this case).

And the final point, giving up dreams for love.  Yes, it is extremely stupid to do that!  And yes, it made me so mad when it happened.  BUT, unfortunately it really does happen.  And so to be realistic fiction, it fits.  And did the character learn a lesson from it?  Yes.  And like in real life, was there no happy solution to make everything go back to being perfect?  No there wasn't.  So, while it sucked to see the character do that.  No one thought it was okay other than her.  Everyone told her it was wrong, and like a normal 15 year old girl, she felt she knew best, and followed her heart.  Which was wrong, and honestly, the heart often is unfortunately.  In fact, this bit even reminds me a bit of If I Stay, where a more smart choice was made, choosing to do the music, and not to just stay with the boyfriend.  And while in If I Stay, everyone knew what was the right thing to do, is that always that realistic?  And the ages are different of the characters too I think.

So again, I loved this book.  I loved the New York City parts.  I know some people fussed that it was all about "privileged" children and the places they would go.  But, the subway stations and streets that were talked about, I've been to those when I visited my sister in NYC.  And we are not privileged in any way, shape, or form. And when they talk about private schools, well one of my favorite authors that I've gotten to know talks about what school was like for her, and so some of that seems like normal NYC to me as well.  My sister probably was even getting annoyed with me when I would text and ask her about some of the places in the book, as I tried to picture them in my head and if I'd been there, or if I would know where they were if I went back.

If all the points I made, or the negative reviews made could be problems for you, then maybe you might not read it.  But I think it was a very good book. The only reason I gave it 4 stars instead of 5 was for my one complaint.

I completely forgot to include my picture with the author from BEA!!  So here it is!

And while you're here, don't forget to go enter my giveaway on the September is for Sequels Hop by clicking on the button below: 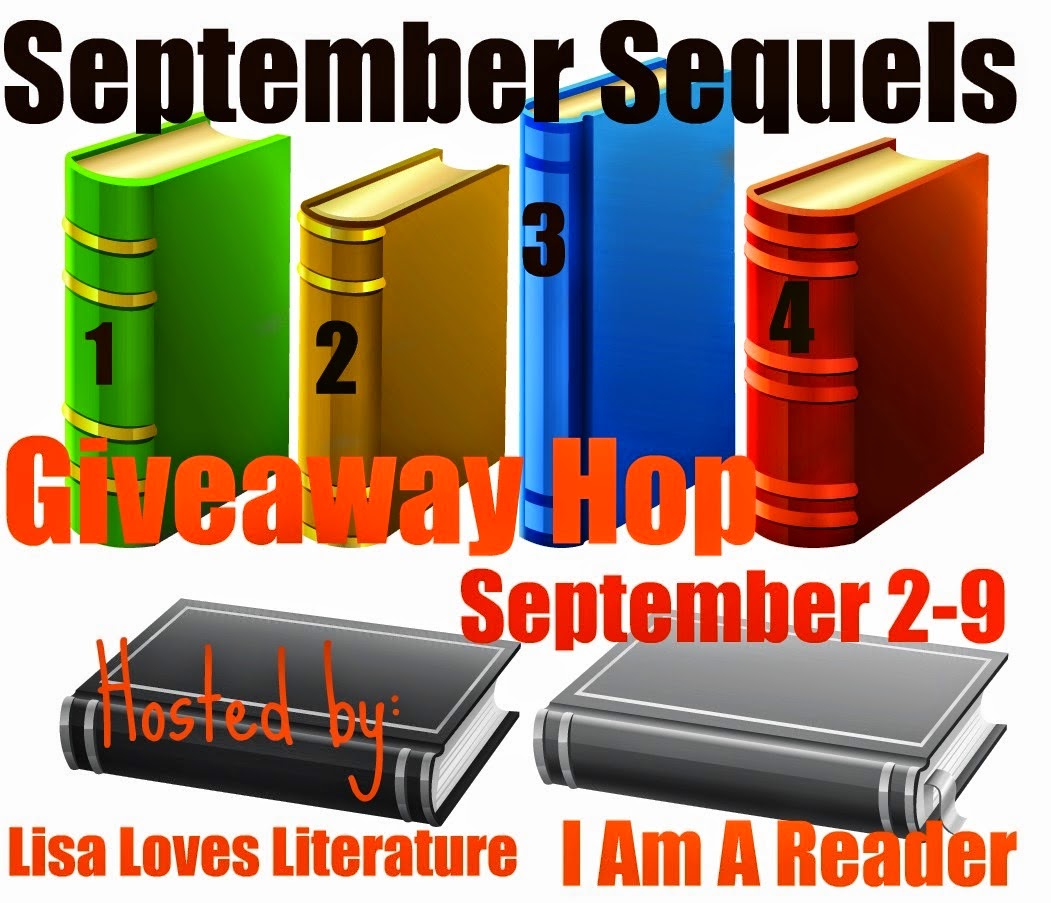