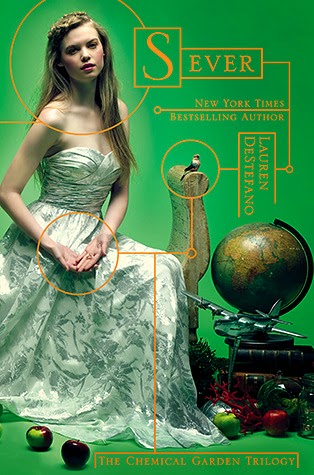 I won this book a while back, but again, it was before I started marking the books so I could remember when I reviewed them where they came from. So whoever I got this from, thanks!!  It has been 2 years though since I read the 2nd book in the series, Fever, so of course I was a little bit behind when I first picked it up with trying to remember everything.  I really feel that this book did answer a lot of the questions from both the 2nd book, as well as the first one, Wither.  But, I think I can see many ways that I like for some books to be added to the series.  I think one from the aspect of Rhine's brother Rowan would be really great to read. To see his take on Vaughn.  As well as a prequel, following their parents, which would also include Vaughn.  Here is my summary, with spoilers unfortunately for anyone who hasn't read the first two books.

We begin with Rhine in the hospital, recovering from being experimented on in Vaughn's basement.  Linden and Cecily are there with her.  They have sworn to find her somewhere else to go besides back to the mansion.  And this ends up being at Linden's uncle Reed's house.  Reed is an interesting character.  Quite the tinkerer, constantly building and working on things.  He is no longer allowed on Vaughn's property, even though it was once his home as well.  Reed seems to click with Rhine, partly because, as with Linden, she reminds him of Rose, the first wife.  Cecily ends up going back to the mansion with Linden and their son Bowen.  Linden asks Rhine to wait in her search for her brother.  To heal, and to let him come up with things to help her on her way.  But during the time she's waiting, tragedy strikes Cecily, and this tragedy makes Cecily no longer trust Vaughn, and she has her family now move out to Reed's place as well.  Where Reed promises to protect them from Vaughn.  When Rhine is ready to go, before her brother can blow up another clinic, she hears on the radio that he thinks she is dead.  This leads to talking to the person who did the report on the radio, causing Rhine to know she must find Rowan right away.  There are more pitfalls along the way, Vaughn puts out a missing person report for Linden and Cecily, getting all three of them caught on their search.  And who they end up with, well, it will bring back nightmares for Rhine, but in the end, it may be for their best interest.  More things are learned about Rose, and yes, Rhine does get to her brother, only to find out he may have signed a deal with the devil, even if it was for the good of the cure.

Lots, and lots of answers given in this book.  The world outside of where they've lived?  Much different than thought.  History books, possibly re-written before Rhine and her generation read them.  A good ending, although as I said at the beginning, I really wish there could be a companion and a prequel. 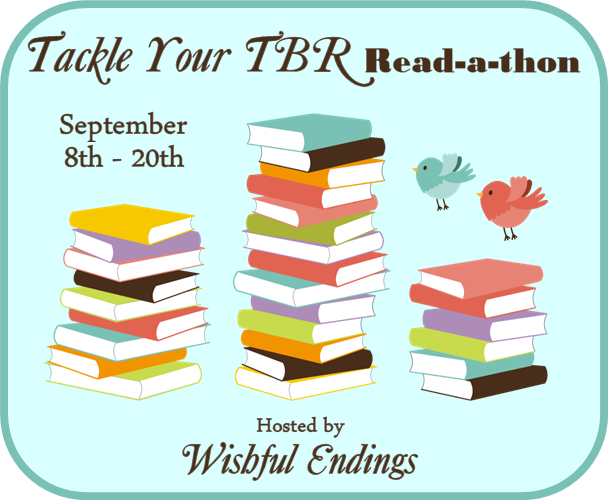 Unfortunately I didn't do so well on this Read-a-thon.  My goals were to read 4 books, and while I ended up reading 3/4, only one of those was on my predicted list:  Asunder.  Sever is the 3rd one, and Unravel Me was the 2nd.  These 2 weeks just didn't quite go the way I planned.  I'll just have to work to do better next year if I participate again.