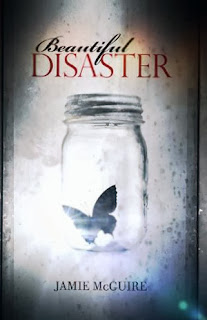 So, well, this is going to be a hard book to review.  I only picked it up because I saw the book Red Hill by this author, and it sounded really good, but I was told I needed to read this first.  So I checked it out from the library, thinking if I liked it, it would be one I'd recommend to my sister Sarah who is my fellow chick lit reader.  But, she and I have had many conversations about someone we know who was in a very co-dependent, dysfunctional, unhealthy relationship, and as I read this book, that was what I kept coming back to.  I read this over 400 page book in two days, it was definitely a page turner, and definitely hard to put down.  But I felt guilty rooting for them because of how the relationship was.  If people say that Twilight is a horrible example of an abusive relationship, then there is no way they could possibly like this book.  I never once felt that way as I read Twilight, but this book, I just felt it from the morning they really started getting involved.  I don't know if it is okay to go ahead and read about this, knowing this isn't a good type of relationship.  Is it condoning this?  I don't want to do that.  But the characters were at least interesting.  I can't decide whether to read on, as the next book is supposed to be the same story, but from Travis's viewpoint.
Abby has gone to college with her best friend America.  She is glad to be able to get away from her small town and all the looks she got for who she was, and who she was had to do with who her father was.  But here at school she gets to reinvent herself as a good girl.  And then she meets Travis.  Travis is America's boyfriend Shepley's roommate/cousin.  And he is exactly what she doesn't need.  He is a bad boy.  Tattooed, a fighter, a ladies man.  So they end up becoming friends.  And she seems to be good for Travis.  But she knows that he isn't good for her, so she keeps him at arm's length.  But he does seem to fall for her.  And really, of course, she does seem to fall for him.  It is a best friend type of romance.  But when they do get together, he becomes very jealous, and definitely what would be considered unhealthy jealous.  So she tries to break it off, but that doesn't go well either.  It's a very wild ride.  And maybe, very realistic as there are many people in this type of relationship.
I'm so torn on my review.  It was a good read, but I just feel like I shouldn't read about this.  But I have to stick to what I tell people, just because I read something, doesn't mean I'm going to go out and look for a relationship like that.  So, it's okay, right?
If you've read this, do you get what I'm saying?  Did you feel this way at all?  I'd love to hear some other points of view.
Posted by Lisa Mandina at 9:00 AM