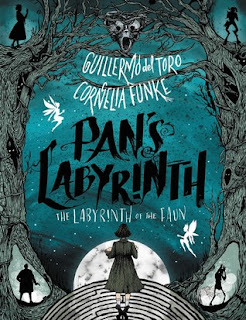 The movie is a classic, and so of course I would love to see how this book turns out.

This book is not for the faint of heart or weak in spirit. It’s not for skeptics who don’t believe in fairy tales and the powerful forces of good. It’s only for brave and intrepid souls like you, who will stare down evil in all its forms.

Perfect for fans of the movie and readers who are new to del Toro’s visionary work, this atmospheric and absorbing novel is a portal to another universe where there is no wall between the real and the imagined. A daring, unforgettable collaboration between two brilliant storytellers. 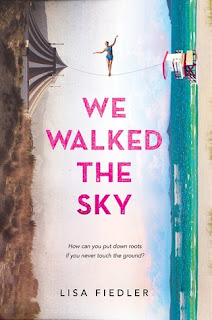 I really like circus stories, although I feel that maybe teens today aren't as into them as I wish they were.  Plus I like the historical aspect of this one.

A stunning, multigenerational story about two teenagers: Victoria, who joins the circus in 1965, and her granddaughter, Callie, who leaves the circus fifty years later.

In 1965 seventeen-year-old Victoria, having just escaped an unstable home, flees to the ultimate place for dreamers and runaways--the circus. Specifically, the VanDrexel Family Circus where, among the lion tamers, roustabouts, and trapeze artists, Victoria hopes to start a better life.

Fifty years later, Victoria's sixteen-year-old granddaughter Callie is thriving. A gifted and focused tightrope walker with dreams of being a VanDrexel high wire legend just like her grandmother, Callie can't imagine herself anywhere but the circus. But when Callie's mother accepts her dream job at an animal sanctuary in Florida just months after Victoria's death, Callie is forced to leave her lifelong home behind.

Feeling unmoored and out of her element, Callie pores over memorabilia from her family's days on the road, including a box that belonged to Victoria when she was Callie's age. In the box, Callie finds notes that Victoria wrote to herself with tips and tricks for navigating her new world. Inspired by this piece of her grandmother's life, Callie decides to use Victoria's circus prowess to navigate the uncharted waters of public high school.

Across generations, Victoria and Callie embrace the challenges of starting over, letting go, and finding new families in unexpected places. 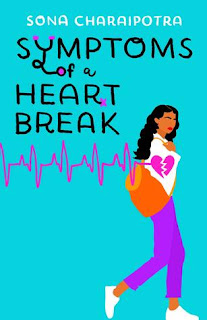 A female Doogie Howser #ownvoices story that sounds like fun!

The youngest doctor in America, an Indian-American teen makes her rounds―and falls head over heels―in the contemporary romantic comedy Symptoms of a Heartbreak.

Fresh from med school, sixteen-year-old medical prodigy Saira arrives for her first day at her new job: treating children with cancer. She’s always had to balance family and friendships with her celebrity as the Girl Genius―but she’s never had to prove herself to skeptical adult co-workers while adjusting to real life-and-death stakes. And working in the same hospital as her mother certainly isn’t making things any easier.

But life gets complicated when Saira finds herself falling in love with a patient: a cute teen boy who’s been diagnosed with cancer. And when she risks her brand new career to try to improve his chances, it could cost her everything.

It turns out “heartbreak” is the one thing she still doesn’t know how to treat.

In her solo debut, Sona Charaipotra brings us a compelling #ownvoices protagonist who’s not afraid to chase what she wants. Symptoms of a Heartbreak goes from romantic comedy highs to tearjerker lows and is the ultimate cure-all for young adult readers needing an infusion of something heartfelt. 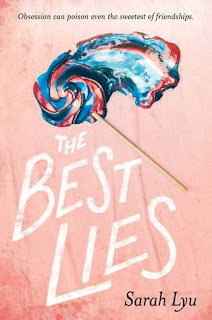 Gotta love the cover, and sounds like a good mystery!


Remy Tsai used to know how her story would turn out. But now, she doesn’t even know what tomorrow will look like.

She was happy once. Remy had her boyfriend Jack, and Elise, her best friend—her soulmate—who understood her better than anyone else in the world.

But now Jack is dead, shot through the chest—

And it was Elise who pulled the trigger.

Was it self-defense? Or something deeper, darker than anything Remy could have imagined? As the police investigate, Remy does the same, sifting through her own memories, looking for a scrap of truth that could save the friendship that means everything to her.

Told in alternating timelines, Thelma and Louise meets Gone Girl in this twisted psychological thriller about the dark side of obsessive friendship.


Final Thoughts:
Have you read any of these yet?  Are they on your TBR?  And hey, while you're here, you should go try to win some of my ARCs from Cleaning Up My TBR Post HERE. The US only giveaway is open till Friday at midnight, and this week I added some 2019 ARCs that can be one of your two choices.
Posted by Lisa Mandina at 6:30 AM