Back to joining up with the Waiting on Wednesday Posts, and the Can't Wait Wednesday posts hosted by Wishful Endings.  Once again there are a lot of books on the list for next Tuesday, not as many as last week, but still, so sit back and get ready to scroll! 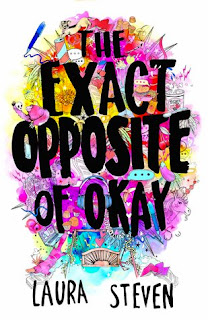 Gotta love the cover, and it's a topic that I often read.

Izzy O’Neill is an aspiring comic, an impoverished orphan, and a Slut Extraordinaire. Or at least, that’s what the malicious website flying round the school says. Izzy can try all she wants to laugh it off – after all, her sex life, her terms – but when pictures emerge of her doing the dirty with a politician’s son, her life suddenly becomes the centre of a national scandal. Izzy’s never been ashamed of herself before, and she’s not going to start now. But keeping her head up will take everything she has... 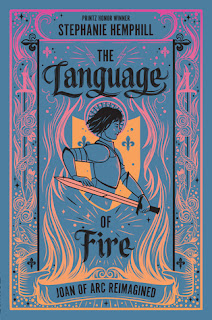 There seem to be a lot of Joan of Arc retellings or stories out there this year.  But if you have followed me for a while, you know I like that kind of stuff.  Also, it's done in verse, so that sounds unique as well.

The Language of Fire is a lyrical, dark, and moving look at the life of Joan of Arc, who as a teen girl in the fifteenth century commanded an army and helped crown a king of France.

This extraordinary verse novel from award-winning author Stephanie Hemphill dares to imagine how an ordinary girl became a great leader, and ultimately saved a nation.

Jehanne was an illiterate peasant, never quite at home among her siblings and peers. Until one day, she hears a voice call to her, telling her she is destined for important things. She begins to understand that she has been called by God, chosen for a higher purpose—to save France.

Through sheer determination and incredible courage, Jehanne becomes the unlikeliest of heroes. She runs away from home, dresses in men’s clothes, and convinces an army that she will lead France to victory.

As a girl in a man’s world, at a time when women truly had no power, Jehanne faced constant threats and violence from the men around her. Despite the impossible odds, Jehanne became a fearless warrior who has inspired generations. 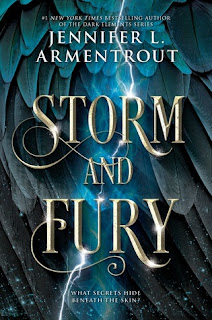 Roth was probably my first JLA book boyfriend, and this series is in that world.  Also, JLA, that should be enough said.  I'm currently reading an e-galley, review should be this weekend.  I just wish I had a physical copy of the ARC.

Eighteen-year-old Trinity Marrow may be going blind, but she can see and communicate with ghosts and spirits. Her unique gift is part of a secret so dangerous that she’s been in hiding for years in an isolated compound fiercely guarded by Wardens—gargoyle shape-shifters who protect humankind from demons. If the demons discover the truth about Trinity, they’ll devour her, flesh and bone, to enhance their own powers.

When Wardens from another clan arrive with disturbing reports that something out there is killing both demons and Wardens, Trinity’s safe world implodes. Not the least because one of the outsiders is the most annoying and fascinating person she’s ever met. Zayne has secrets of his own that will upend her world yet again—but working together becomes imperative once demons breach the compound and Trinity’s secret comes to light. To save her family and maybe the world, she’ll have to put her trust in Zayne. But all bets are off as a supernatural war is unleashed… 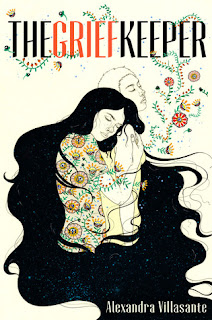 As the blurb says, this is a perfect book for the time we are living in.  I can see it as one many of my students would connect with and enjoy.

This stunning YA debut is a timely and heartfelt speculative narrative about healing, faith, and freedom.

Seventeen-year-old Marisol has always dreamed of being American, learning what Americans and the US are like from television and Mrs. Rosen, an elderly expat who had employed Marisol's mother as a maid. When she pictured an American life for herself, she dreamed of a life like Aimee and Amber's, the title characters of her favorite American TV show. She never pictured fleeing her home in El Salvador under threat of death and stealing across the US border as "an illegal", but after her brother is murdered and her younger sister, Gabi's, life is also placed in equal jeopardy, she has no choice, especially because she knows everything is her fault. If she had never fallen for the charms of a beautiful girl named Liliana, Pablo might still be alive, her mother wouldn't be in hiding and she and Gabi wouldn't have been caught crossing the border.

But they have been caught and their asylum request will most certainly be denied. With truly no options remaining, Marisol jumps at an unusual opportunity to stay in the United States. She's asked to become a grief keeper, taking the grief of another into her own body to save a life. It's a risky, experimental study, but if it means Marisol can keep her sister safe, she will risk anything. She just never imagined one of the risks would be falling in love, a love that may even be powerful enough to finally help her face her own crushing grief.

The Grief Keeper is a tender tale that explores the heartbreak and consequences of when both love and human beings are branded illegal. 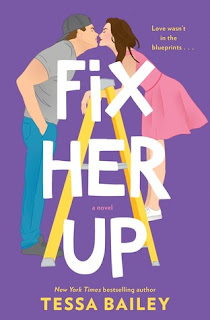 Georgette Castle’s family runs the best home renovation business in town, but she picked balloons instead of blueprints and they haven’t taken her seriously since. Frankly, she’s over it. Georgie loves planning children’s birthday parties and making people laugh, just not at her own expense. She’s determined to fix herself up into a Woman of the World... whatever that means.

Phase one: new framework for her business (a website from this decade, perhaps?)

Phase two: a gut-reno on her wardrobe (fyi, leggings are pants.)

Phase three: updates to her exterior (do people still wax?)

Phase four: put herself on the market (and stop crushing on Travis Ford!)

Living her best life means facing the truth: Georgie hasn’t been on a date since, well, ever. Nobody’s asking the town clown out for a night of hot sex, that’s for sure. Maybe if people think she’s having a steamy love affair, they’ll acknowledge she’s not just the “little sister” who paints faces for a living. And who better to help demolish that image than the resident sports star and tabloid favorite?

Travis Ford was major league baseball’s hottest rookie when an injury ended his career. Now he’s flipping houses to keep busy and trying to forget his glory days. But he can’t even cross the street without someone recapping his greatest hits. Or making a joke about his… bat. And then there's Georgie, his best friend’s sister, who is not a kid anymore. When she proposes a wild scheme—that they pretend to date, to shock her family and help him land a new job—he agrees. What’s the harm? It’s not like it’s real. But the girl Travis used to tease is now a funny, full-of-life woman and there’s nothing fake about how much he wants her... 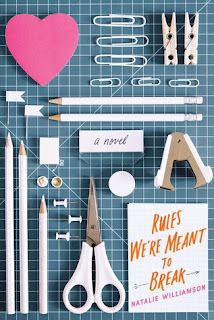 This is a cool cover, sounds like it could be a good contemporary.

Honest and full of heart, this clever contemporary romance debut deftly combines utterly relatable family drama with all the sweetness and uncertainy that comes with falling in love.

Amber lives by strict rules to survive her mother’s love life: Always keep your eyes on the horizon and never get close to anyone connected to Mom's boyfriends.

But after they move in with Kevin, the latest of her mom's “soul mates,” the rules become increasingly difficult to follow. Kevin’s daughter, Cammie, keeps acting like Amber’s friend, even though she’s definitely not. And Jordan—star basketball player, hottest boy in school, and Cammie's best friend—keeps showing up at the most inconvenient moments.

Amber has reasons for every one of her rules, and following them is the only way to protect her heart when her mom inevitably moves on. But as she spends more time with Kevin, his daughter, and especially Jordan, she starts to wonder if the rules might be worth breaking this time.

Chosen by readers like you for Macmillan's young adult imprint Swoon Reads, Rules We're Meant to Break is a charming, heartachingly real story of family and young love by debut author Natalie Williamson. 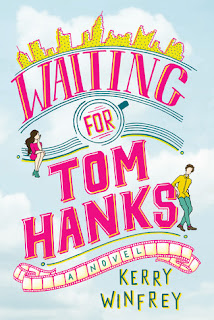 Another adult romance that just sounds so good!  Now, personally, I never found Tom Hanks attractive, but I get the whole rom-com thing and why he is the one named in the title.

Can a romcom-obssessed romantic finally experience the meet-cute she always dreamed of or will reality never compare to fiction, in this charming debut adult novel from Kerry Winfrey.

Annie is twenty-seven years old, single, and obsessed with romantic comedies (she and her mother watched them religiously, before her mom died). Her dating life is limited by the expectations she’s formed from these movies. She is not as open to new experiences as she might be, because she’s waiting for her Tom Hanks–i.e., a guy she’ll find in the perfect, meet-cute romantic comedy way. When Annie does finally meet her perfect match, it’s not quite in the way she expected, and she’s forced to reckon with the walls she’s built around herself over the years.

Final Thoughts:
Only one that I actually have this week already. Two adult romances that sound good too.   Have you read any of these yet?  Are they on your TBR?  And hey, while you're here, you should go try to win some of my ARCs from Cleaning Up My TBR Post HERE. The US only giveaway is open till Friday at midnight, and this week I added some 2019 ARCs that can be one of your two choices.
Posted by Lisa Mandina at 6:30 AM