This meme was started by Lost in a Story.  Here is how it works:
Because I have so many to do, I'm going to try to do this weekly, and do 10 at a time. 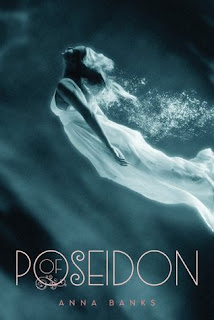 Galen is the prince of the Syrena, sent to land to find a girl he's heard can communicate with fish. Emma is on vacation at the beach. When she runs into Galen—literally, ouch!—both teens sense a connection. But it will take several encounters, including a deadly one with a shark, for Galen to be convinced of Emma's gifts. Now, if he can only convince Emma that she holds the key to his kingdom...

Told from both Emma and Galen's points of view, here is a fish-out-of-water story that sparkles with intrigue, humor, and waves of romance.

My thoughts:
It sounds like a similar one to other books that came out about mermaids.  But I don't know that I'll ever get to it, and if I do want to, I can get it easily at the library. 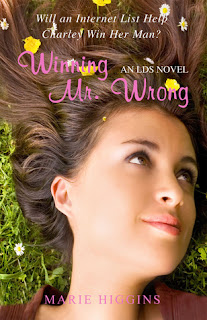 Whoever said the quest for love wasn't comical never met Charlene Randall. Charley is looking for a man who wants to start a family, a man who will take her to the temple. Problem is, she has never dated a man for longer than three months. When she reads an internet article called "Ten Ways to Win Your Man," she decides to try it on her new coworker, Maxwell Harrington. Max was her crush in high school, but the superstar sports anchorman doesn't even remember her. Enter ladies' man Damien Giovianni, Charley's handsome neighbor, who agrees to help her win Max over. What follows is a hilarious tale of mishaps and misunderstandings where Charley learns that what she really needs may be right in front of her.

My thoughts:
Not sure this is my type of read anymore.  Probably won't ever get around to it or anything.

Oz is knotted with social unrest: The Emerald City is mounting an invasion of Munchkinland, Glinda is under house arrest, the Cowardly Lion is on the run from the law, and Dorothy is back. Amid chaos and war, Elphaba’s green granddaughter born at the end of "Son of a Witch", comes of age. Rain will take up her broom, and bring the series to a close.

My thoughts:
I read the first two books in the series, and don't know that I'll go on. Since this is the fourth in the series, I need to read book 3 before I decide for sure if I even want to read this one. 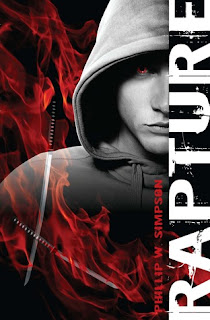 The Rapture has occurred, just as the Bible predicted. The faithful have risen up to Heaven. Those left behind are in a living hell.

Earth burns, hell-like in its oppressive heat. Every volcano in the world has erupted, and tsunamis and earthquakes continue to devastate the planet. Clouds continually rain ash onto the scorched landscape, sparking fires all around. Plants and animals are dying. Food is scarce. The night sky is devoid of stars, and the moon - when it can be seen - is the colour of blood.

The remnants of humanity fight for survival. Most have fled the cities and now hide in caves deep in the mountains. By night, demons stalk the Earth, capturing the remaining humans and killing them - if they're lucky. The less fortunate are converted to worship of the Devil, and ushered into endless hell.

Eighteen year old Sam is unable to rise up because he is half demon. Hikari, a Japanese sword master and demon expert and his beautiful daughter, Aimi, have been all the family Sam has ever known. Now they're gone, and Sam must set out on the mission Hikari charged him with long ago: to help all the humans left behind. Armed only with his beloved Japanese swords and his wits, Sam wanders the post-apocalyptic world alone, separated forever from everyone he loves. Cursed by his demonic heritage, he must now embark on a quest that will take him across the US to the City of Angels.

There he will confront his destiny. There he must fight to save a friend ... and the souls of the living.

My thoughts:
Don't even remember this one.  Will have to pass. 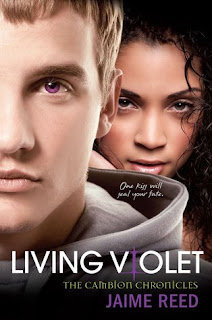 He's persuasive, charming, and way too mysterious. And for Samara Marshall, her co-worker is everything she wants most--and everything she most fears. . .

Samara Marshall is determined to make the summer before her senior year the best ever. Her plan: enjoy downtime with friends and work to save up cash for her dream car. Summer romance is not on her to-do list, but uncovering the truth about her flirtatious co-worker, Caleb Baker, is. From the peculiar glow to his eyes to the unfortunate events that befall the girls who pine after him, Samara is the only one to sense danger behind his smile.

But Caleb's secrets are drawing Samara into a world where the laws of attraction are a means of survival. And as a sinister power closes in on those she loves, Samara must take a risk that will change her life forever. . .or consume it. 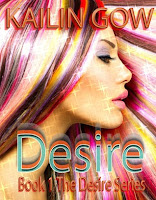 A Dystopian world where everyone's future is planned out for them at age 18...whether it is what a person desires or not. Kama is about to turn 18 and she thinks her Life s Plan will turn out like her boyfriend's and friend's as they desired. But when she glimpse a young man who can communicate with her with his thoughts and knows her name...a young man with burning blue eyes and raven hair, who is dressed like no other in her world, she is left to question her Life's Plan and her destiny. Knowing the truth can destroy everyone...

My thoughts:
I feel like this is an author I need to read some day, but dont' know if I'll get to this.  The dystopian thing has to be really good these days to get me interested anyway. 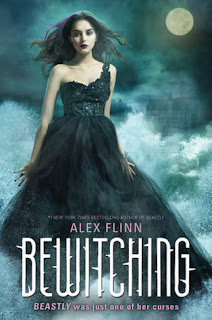 Kendra Hilferty, the witch who curses Kyle Kingsbury in Beastly, tells about her immortal existence-how she discovered she was a witch and the various ways she has used her powers to help people throughout the centuries. (Unfortunately her attempts have often backfired.) As it turns out, Kendra has actually had a hand in "Hansel and Gretel," "The Princess and the Pea," and "The Little Mermaid"-but these are not the fairy tales you think you know! Kendra's reminiscences are wrapped around a real-time version of "Cinderella," except the "ugly" stepsister is the good guy. With dark twists, hilarious turns, and unexpected endings, Bewitching is a contemporary read for fairy-tale lovers, fantasy fans, and anyone looking for more Alex Flinn.

My thoughts:
I think at some point I do want to read on in this series, but I don't think I need to keep this on my Goodreads TBR, because the author is a well enough known one that I'll be able to find the book easily.  I know it is even on my shelf at the library where I work.


8.  Getting Out of Jersey by Matthew Paul Esham:

It always starts small. A single action, followed by another, and another... By the time most people realize the scrabbling noise in the dark is coming from something with teeth, it's too late. In a small town in South Jersey, the darkness has taken root, spreading fast. Only a few people have survived. The ones who are left, are Getting Out of Jersey. "Best new horror!" - Susan Preston "Can't wait for the second book!" - Andy Green "Great ending!" - John Masterson

My thoughts:
Sounds maybe good, but I don't read a lot of zombie stuff anymore. 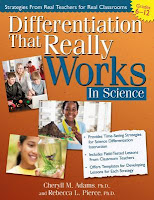 Differentiation That Really Works in Science provides time-saving tips and strategies from real teachers who teach science in grades 6-12. These teachers not only developed the materials and used them in their own classes, but they also provide useful feedback and comments about the activities. The strategies included in the book are tiered lessons, cubing, graphic organizers, exit cards, learning contracts, and choice boards. Every strategy includes directions and offers opportunities for differentiation.

My thoughts:
Just in case I ever end up teaching science again, I think I'd be interested in this one. And I will probably always believe in differentiated instruction as a good form of teaching. 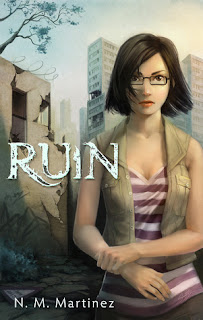 Thirty years ago, there was a revolution.

Humans were granted powers through experiments performed upon them against their will. They broke free from the Labs and burned across the land, creating a dangerous new territory called the Wildlands.

Paula has grown up in the Neutral Territory, never knowing a time without the neighboring Wildlands as a threat. Her government does what it can to protect her people, but they still live in fear of the powerful Wildlanders invading their safe and protected territory.

Then one night Paula's mother is arrested, and Paula is banned from the Neutral Territory to the Wildlands. Now she must make a new life for herself in a territory of people she knows will not be welcoming.

My thoughts:
Another dystopian I probably added during my phase of reading all of these.  Not anything I'm probably interested in now.


Final Thoughts:
Only keeping one this week out of ten, so that's good! I'm getting rid of so many as I move, but since I ran out of time, I just packed all my books and I will need to go through them once I get to unpacking.  Once again you can see that I may have dropped some, but you can also see how many I've added during the week as well because I'm also pointing out how many books are on my Want to Read list on Goodreads each week.  This week, after taking these 9 off, I have 3,190 books listed now, and last week I ended with 3,190. So I kept it even with how many I added.

Have you read any of these?  Would you suggest I keep any I'm tossing?  And if you're inspired to do this on your blog, please feel free to join in and share a link in the comments, since it will also get you an extra entry into my giveaway at the bottom of this post.


Giveaway:
Once again this is a US only giveaway, unless you are International and see a book here you really want and would be willing to pay for the difference in the shipping through Paypal or some other way.  This week I'm upping the prize, you get to pick any two books from the pictures below, as long as they don't get traded away, or picked by last week's winner, and I will pick a surprise book from the piles to add to your choice.  Here are your choices:

I'm continuing to add in my early 2019 ARCs now.  You can pick one of your two choices from the picture below, the other book you pick needs to come from the pictures above. 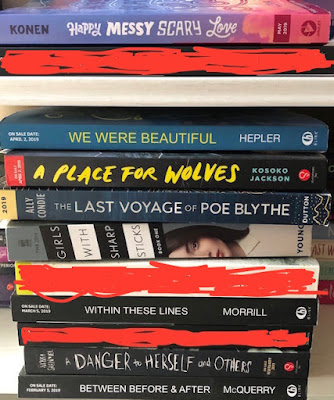