I'm behind again!  And there is a book I completely forgot that I'd read and hadn't posted a review of yet.  So three of these will be audiobooks and two paperbacks. 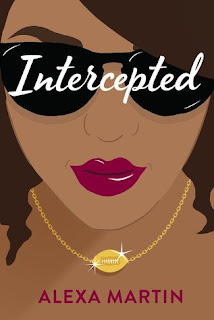 This is a book that a my new bestie romance reader buddy at the bookstore where I work recommended.  Once I picked it up, I totally was hooked and knew what the fuss was about it.  I really enjoyed this look at the wives and girlfriends of professional football players and how they all interacted.  Knowing that the author has personal experience with this made it that much better!  I only had one issue and that was when she got upset with Gavin for him getting on someone who had insulted her in front of him, and she was mad because she was going to fight her own battles and didn't need him. That has nothing to do with someone fighting your battle, it has to do with standing up for someone you care about.  Anyway, can't wait to read the next book. We'll see when I get the money and time!

Here is the blurb from Goodreads:
Marlee thought she scored the man of her dreams only to be scorched by a bad breakup. But there's a new player on the horizon, and he's in a league of his own...Marlee Harper is the perfect girlfriend. She's definitely had enough practice by dating her NFL-star boyfriend for the last ten years. But when she discovers he has been tackling other women on the sly, she vows to never date an athlete again. There's just one problem: Gavin Pope, the new hotshot quarterback and a fling from the past, has Marlee in his sights.Gavin fights to show Marlee he's nothing like her ex. Unfortunately, not everyone is ready to let her escape her past. The team's wives, who never led the welcome wagon, are not happy with Marlee's return. They have only one thing on their minds: taking her down. But when the gossip makes Marlee public enemy number one, she worries about more than just her reputation.Between their own fumbles and the wicked wives, it will take a Hail Mary for Marlee and Gavin's relationship to survive the season. 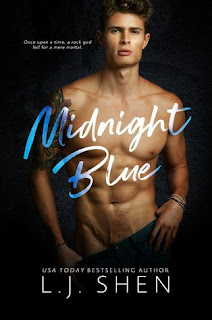 This was one that when I first picked it up, if it hadn't been during the school year, I might have stayed up all night reading just to finish it.  It was so good!  At almost halfway through I reached that point in a book when you finally figure out what its title means when it wasn't necessarily obvious from the beginning.  This was such a sexy intense rock star romance story.  And I'm so excited to get to meet the author next August at Book Bonanza so I can gush over how much I loved it!

Here is the blurb from Goodreads:
It should have been easy.
I needed the money. He needed a babysitter to keep him from snorting himself to death.
I was cherry-picked especially for him. Responsible. Optimistic. Warm. Innocent.
The worst part is that I should have known better.
Alex Winslow. British rock star. Serial heartbreaker. Casanova with whiskey eyes.
“Don’t get near the devil in a leather jacket. He’ll chew you up and spit you out.”
Guess what? I didn’t listen.
I signed the contract.
World tour. Three months. Four Continents. One hundred shows.
My name is Indigo Bellamy, and I sold my soul to a tattooed god.
Problem was, my soul wasn’t enough for Alex Winslow. He ended up taking my body, too.
Then he took my heart.
Then he took my all. 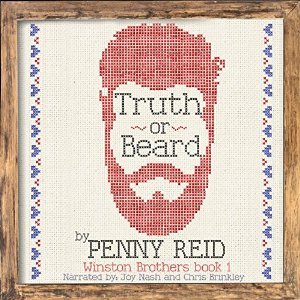 Now, I've read a few others in this series, so I seem to be going out of order.  But man did this book just make me so happy.  I listened to the audiobook and the narrators' voices were perfect!  The back story that we get for the characters is great. And then there are so many parts that just had me rolling with laughter. There was a whole bit where Cletus was talking about his sausage, and it totally reminded me of the episode of The Big Bang Theory where Sheldon kept asking about his wood.  I decided I loved the way that Jessica described herself as being a "well-kissed goof", and that I want more than anything to feel that way again some day.  I think the male narrator on this is probably a new favorite of mine, and if he does more of the books, I need to listen to the ones I haven't read yet.  It was also fun listening to this on my trip to Branson, because I saw lots of bearded men that made me think of this.  Another author that I'm so excited to meet at Book Bonanza in August.

Here is the blurb from Goodreads:
Beards, brothers, and bikers! Oh my!

Identical twins Beau and Duane Winston might share the same devastatingly handsome face, but where Beau is outgoing and sociable, Duane is broody and reserved. This is why Jessica James, recent college graduate and perpetual level headed good girl, has been in naïve and unhealthy infatuation with Beau Winston for most of her life. His friendly smiles make her tongue-tied and weak-kneed, and she’s never been able to move beyond her childhood crush. Whereas Duane and Jessica have always been adversaries. She can’t stand him, and she’s pretty sure he can’t stand the sight of her…

But after a case of mistaken identity, Jessica finds herself in a massive confusion kerfuffle. Jessica James has spent her whole life paralyzed by the fantasy of Beau and her assumptions of Duane’s disdain; therefore she’s unprepared for the reality that is Duane’s insatiable interest, as well as his hot hands and hot mouth and hotter looks. Not helping Jessica’s muddled mind and good girl sensibilities, Duane seems to have gotten himself in trouble with the local biker gang, the Iron Order.

Certainly, Beau’s magic spell is broken. Yet when Jessica finds herself drawn to the man who was always her advisory, now more dangerous than ever, how much of her level-head heart is she willing to risk? 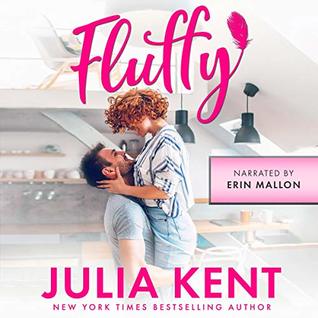 Release Date: April 30th, 2019
Source:  Won audiobook code from Audible from author which did not influence my opinion
My rating:  5 stars

Another super hilariously fun book.  So many funny bits, talking about the search terms used to find out about what happened and see pictures on line.  And then when the main character calls someone Hagrid's porn twin, I just about died laughing!  Listening to this on my drive home from Branson and it made the drive fly by.  I did get mad at the main character at one point when she was mad at her love interest for no reason, but as you've heard me say in past reviews, I know that is just how authors add the drama!  So much I loved about this story, and let me tell you what, while it wasn't a cliffhanger per se for how this ended, it definitely left me needing book two, Perky.

Here is the blurb from Goodreads:
It all started with the wrong Help Wanted ad. Of course it did.

I’m a professional fluffer. It’s NOT what you think. I stage homes for a living. Real estate agents love me, and my work stands on its own merits.

Sigh. Get your mind out of the gutter. Go ahead. Laugh. I’ll wait.

See? That’s the problem. My career has used the term “fluffer” for decades. I didn’t even know there was a more… lascivious definition of the term.

Until it was too late.

The ad for a “professional fluffer” on Craigslist seemed like divine intervention. My last unemployment check was in the bank. I was desperate. Rent was due. The ad said cash paid at the end of the day. The perfect job!

Staging homes means showing your best angle. The same principle applies in making a certain kind of movie. Turns out a “fluffer” doesn’t arrange decorative pillows on a couch.

They arrange other soft, round-ish objects.

The job isn’t hard. Er, I mean, it is — it’s about being hard. Or, well… helping other people to be hard.

And that’s the other problem. A man. No, not one of the stars on the movie set. Will Lotham – my high school crush. The owner of the house where we’re filming. Illegally. In a vacation rental.

By the time the cops show up, what I thought was just a great house staging gig turned into a nightmare involving pictures of me with an undressed star, Will rescuing me from an arrest, and a humiliating lesson in my own naivete.

My job turned out to be so much harder than I expected. But you know what’s easier than I ever imagined?

Having all my dreams come true.


Josh and Hazel's Guide to Not Dating by Christina Lauren: 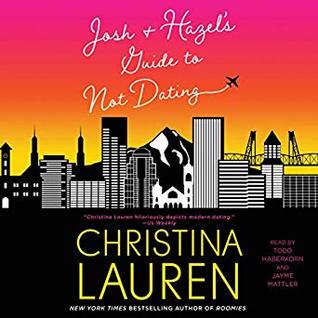 Another 5 star read from the awesome author duo of Christina Lauren.  It had barely started and I was already rolling with laughter in my car as I was driving and listening.     Now it took me a bit to get used to the male narrator's voice, it didn't really fit the character for me.  There were things in the story I didn't see coming, but then there were also times I was yelling at the characters to just tell the other person and save all the drama.  In the end I decided I wanted my own Josh some day.


Oh yeah, I got to meet the authors this past month when they came to a library about an hour away from where I live.  Here we are! 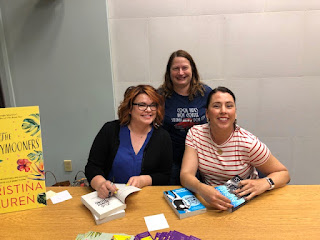 Here is the blurb from Goodreads:
Hazel Camille Bradford knows she’s a lot to take—and frankly, most men aren’t up to the challenge. If her army of pets and thrill for the absurd don’t send them running, her lack of filter means she’ll say exactly the wrong thing in a delicate moment. Their loss. She’s a good soul in search of honest fun.

Josh Im has known Hazel since college, where her zany playfulness proved completely incompatible with his mellow restraint. From the first night they met—when she gracelessly threw up on his shoes—to when she sent him an unintelligible email while in a post-surgical haze, Josh has always thought of Hazel more as a spectacle than a peer. But now, ten years later, after a cheating girlfriend has turned his life upside down, going out with Hazel is a breath of fresh air.

Not that Josh and Hazel date. At least, not each other. Because setting each other up on progressively terrible double blind dates means there’s nothing between them...right?