Series: The 4ever Series, Book 2

Guarding a secret and playing with fire has never been a good combination. Four years ago, Holly Scallenger embarked on the most difficult journey of her life. As if being a single parent isn't already stressful enough, Holly also attended med-school, in hopes of helping other pregnant women in a way she wasn't helped. But things don't look so good as she has to embark on a new journey - a journey that would take her back to Boston, back to the man who broke her heart and discarded her and her babies. Sworn to never fall for him again, Holy is put to the test once more when a chance encounter reunites them. Secret Love is the second novel in the 4Ever series by Isabella White.

Isabella White is a USA Today Bestselling author. She always knew she was going to be a writer, but it only started to really happen in 2015 when she published Imperfect Love. It was followed two years later by the second part, Secret Love, and in 2018 she published the final part, Endless Love. When she is not writing she loves to spend her time with her Husband, two daughters and their pets doing whatever journey like takes them on. To find out more about Isabella visit her website at www.isabellawhitebooks.com 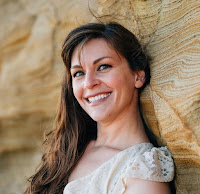 Stefanie Kay lives on the East Coast of the US with her husband and two young boys. She's always been a book lover and has a background in performing arts. Narration has become a passion and she loves having the honor of bringing these stories to life. She has narrated Paranormal Romance for DB Sieders, Chick-Lit for Charlotte Roth, and Romance for Isabella White, loving how each author has created such depth and layered stories that are easy to get lost in and you can't help but fall in love with the characters. 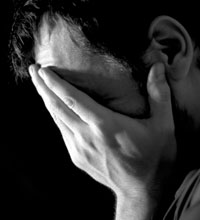 Duane Dale brings his distinct and unique timber to the voice acting world after searching his soul to find his ultimate calling. Duane's pursuit of becoming a voice actor came in an unexpected and clandestine manner. Since childhood Duane had a severe stutter that mysteriously left him in March 2004. Shortly after losing his speech impediment Duane decided to pursue what he felt was his Destiny: to become a voice actor. Duane is also an aspiring author, writing is his passion. He has finished his first novel in a series of four stories all told. The first novel is titled, Time, the First Book in the Destiny Series™. The other books in his planned series are: Chaos, Chance and Inheritance. He writes in the category of Magical realism mixed in with some family saga fiction. As an aspiring writer, Duane understands the challenges of getting published through traditional means and having people enjoy an authors story telling. Because he truly wants his story to be heard, he plans to produce the audio version of his first novel and release it shortly.

Jun. 27th:
What Is That Book About
Momma Says To Read or Not to Read