Blog Tour with Giveaway: Love, Across the Divide by Krystal Ford

When politically ambitious Republican Megan Thompson falls for her Democrat roommate, Andrew Croswell, she must make the choice between career over love, or love over politics. Fans of Jojo Moyes’ One Plus One will love this sexy debut which smashes stereotypes and strives to make sense of our not-so-brave new world. Most of all, it asks a crucial question: Can love bridge the great American divide? 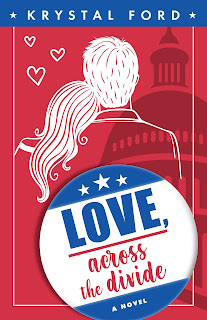