Seventeen-year-old Claire Collins has a plan: get into college and leave North Carolina behind. What she doesn’t have is an idea for how to get rid of the local football star and womanizer extraordinaire—Adam Meade, who she can’t even avoid (despite many efforts), because Claire’s dad is the high school football coach.

Seventeen-year-old Adam Meade never fails. He always gets what he wants… until he meets Claire, the new girl who leaves him unnerved, pissed off, and confused. But there’s something about her that he just can’t resist…

With the bite of lemon meringue pie and the sugar of sweet tea, Surviving Adam Meade is a sexy and compelling young adult novel about two strong-willed people who think they know what they want but have no idea what they need.

Goodreads / Amazon / Barnes & Noble / iBooks / Kobo
My Review:
This book started off with some sarcastic family banter, which grabbed me right away.  It was definitely an easy read, kept me turning pages, which was good because I got started on it later than planned to try to get it done in time for this review.  Now Claire was a bit annoying, of course part of that is just some of the normal teenager in her, being heartbroken over an ex-boyfriend that she'd had to move away from.  Part was annoying because she was totally whiny to Adam at times.  She got to be a bit of a clinger, and even after he'd tell her that he didn't want more, she'd still do that.  To be fair, there were times that Adam was totally embodying the whole "Hot and Cold" song by Katy Perry though.  Definitely a bit of whiplash, a-la Edward and Bella in Twilight.  But his honesty was actually somewhat refreshing for a teenage boy, to me at least.  Loved his grandma for sure, and how great she was.  Even with Claire's grumpy teen self, she had a great family that you had to love.  Including her brother Case.  Almost kind of rooted for him to get Riley, although she was with Tate, and it was hard not to like those two as a couple as well.  All in all this was a satisfying teen contemporary romance, not a lot out of the ordinary, so an easy read as well. 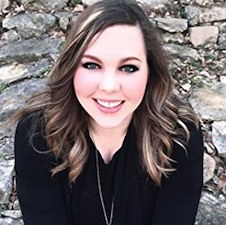 Shannon Klare is a southern housewife, born and raised in Texas. When she isn’t writing or daydreaming new plots, Shannon is a reality TV fanatic and movie connoisseur. Surviving Adam Meade is her debut novel.